In China, feminism made strides for many years when other types of political discourse was discouraged. But now the government is methodically isolating independent voices. This time there is no special pass for women.

BEIJING (WOMENSENEWS)– As a point person for five young feminist activists released in April after 37 days in detention, veteran activist Feng Yuan has been monitoring their rocky reintegration into regular life.

She says they are suffering recurrent nightmares, are forbidden to speak to the press or to travel without permission. "I don’t think they have income," Feng said in a recent phone interview. "Their cellphones were not returned to them so they cannot communicate. They need friendship but they cannot have any work or social opportunity."

Released pending charges, the threat of prison remains as the police continue, ostensibly, to cast for evidence of illegal activity. Police have already pulled one of the activists back into an eight-hour-long interrogation, Feng’s husband told the New York Times. A hundred more surrounded and blocked access to the suburban Beijing neighborhood where another’s parents live in the wake of a visit from the foreign press, according to Chinese microblogs says Feng.

The case of China’s Feminist Five, as people have dubbed the five activists whose plan to post anti-groping stickers on buses and trains in several cities led to their arrests, touched off protests around the world, from New Delhi to New York, and drew condemnation from U.N. diplomats and high placed government officials.

For all of its economic progress, and perhaps because of it, China faces a conundrum: how to at once champion the emergence of a huge new middle class while at the same time control its growing cacophony of demands.

President Xi Jinping’s address to the United Nations General Assembly, scheduled for September, is expected to be something of a victory lap.

This year, the Millennium Development Goals, targets to fight poverty, disease and gender discrimination set by all United Nations members in 2000, will expire. China’s dramatic economic rise is the best reason that so many of those goals have been met, including those benefitting girls and women.

While few women hold real political power, China is a rare country thought to be on schedule to meet MDG No. 5, to reduce maternal mortality by 75 percent by 2015, according to an analysis published in the Lancet (2015 statistics are not yet available).

China is also going to cohost a meeting of heads of state at the U.N. in September to mark the 20th anniversary of the historic Fourth World Conference on Women in Beijing, which forged a powerful global agenda for progress on gender equality. The Beijing Declaration and the Platform for Action were unanimously adopted by 189 countries and have been the blueprint for policies to help women achieve health and economic and political power on par with men around the world ever since.

In a move that perplexes some, UN Women Executive Director Phumzile Mlambo Ngcuka announced China as her organization’s cohost of the conference two days after the Feminist Five were arrested. She made the announcement in her opening remarks for the 59th session of the Commission on the Status of Women in New York. UN Women never commented on the arrests and its Beijing office declined to comment.

But while the conference is going forward, many sources here say off the record that the arrests undermine China’s fitness to host the summit, in which countries will recommit to further action.

China has overseen the rise of 470 million people out of extreme poverty and drastically reduced child and infant mortality since 1990, according to the United Nations Development Programme. Access to education has also improved drastically and people have adequate food and shelter. In Beijing, people no longer asphyxiate in their homes come wintertime as they try to balance indoor coal usage with the need to avoid hypothermia, as would have happened 10 or 20 years ago. Oppression persists, but without the overlapping insults of extreme poverty and violence found elsewhere.

But the arrests of the five activists, known for stunts such as briefly occupying men’s toilets–that were as gentle and whimsical as they could be striking–has undermined that image of progress. A government threatened by such people seems perilously insecure.

"Many people find it mindboggling that the government of the second-largest economy and the world’s largest standing army is afraid of a group of women trying to draw attention to sexual harassment," Sophie Richardson, the China director at Human Rights Watch, told the New York Times. "The combination of power and paranoia on display is very telling."

The women–Li Tingting, Wu Rongrong, Wang Man, Wei Tingting and Zheng Churan–represent a new generation of feminists. The women leveraged virtual crowds of micro-bloggers to raise awareness among China’s 649 million Internet users; the sheer number of their supporters was often enough to spur media coverage and provoke policy change without breaking rules against public gatherings. The women themselves were influenced by feminist studies programs started 20 years ago and they were embedded in feminist networks that have flourished since 1995.

"They are the generation of feminists who grew up during a historical time when feminist discourse had been disseminated and making tremendous impact in China," Wang Zheng, a professor at the University of Michigan who studies Chinese feminism, said in an interview posted online.

After the massacre of student protesters in Tiananmen Square in 1989, it was through women that China began to reengage with the world, according to Wang’s interview. Though civil society groups had been destroyed in Tiananmen’s wake, the government gave "a special pass for NGO’s on women’s issues," so that it could host the 1995 World Conference on Women.

Since 1995, the women’s movement in China has begun to bear fruit in spite of limited funding. Here are some examples.

A group led by Feng pioneered anti-domestic violence legislation currently under review by the National People’s Congress. Pressure from activists who shaved their heads and posted pictures of themselves online moved the Ministry of Education to direct universities to stop setting lower admissions standards for male students than for female ones. A woman won a lawsuit against a tutoring agency that chose not to hire her because bosses felt that, as a woman, she would not be strong enough to replace the canister on the office water dispenser. Over time, feminist studies departments have been set up with the help of scholars such as Wang, who have studied and taught overseas.

But, in a chilling pivot, over the past two years the government has set about methodically isolating independent voices across a broad swath of civil society. This time there has been no special pass for women.

This winter, members of a group of women’s activists were blocked from traveling to Geneva to present concerns to United Nations’ Committee on the Elimination of Discrimination against Women. New legislation that places foreign organizations under the supervision of the Public Security Bureau will restrict access to foreign funding even further.

A case in point is Yirenping, an organization that has worked to defend the rights of women, the disabled and people with hepatitis and HIV, where two of the arrested activists had worked.

"Of course foreign cooperation is important," said Lu Jun, the founder of Yirenping. "Laws prohibit nongovernment rights organizations to respond inside China and wealthy people dare not contribute to these organizations because they don’t want to offend government."

Within days of the detentions, Yirenping’s offices were raided. Computers and contact lists were carted away, according to Lu. While several other women had been detained at the same time as the Li, Wu, Wang, Zheng and Wei, they were released after a few hours.

"They were treated differently because they were full-time NGO directors or employees, not just individual volunteers," Lu said.

Would you like to Send Along a Link of This Story? https://womensenewsp.wpengine.com/2015/05/feminist-5-arrests-warning-for-chinas-feminists/ 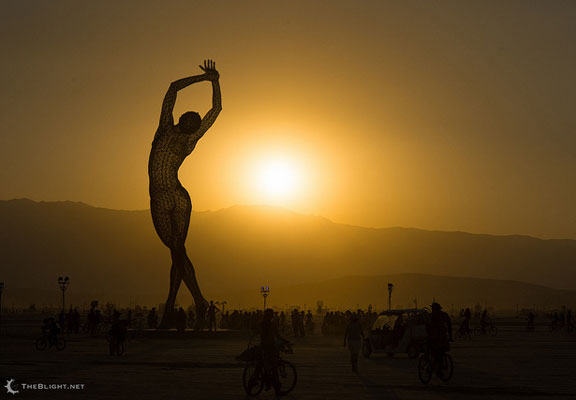