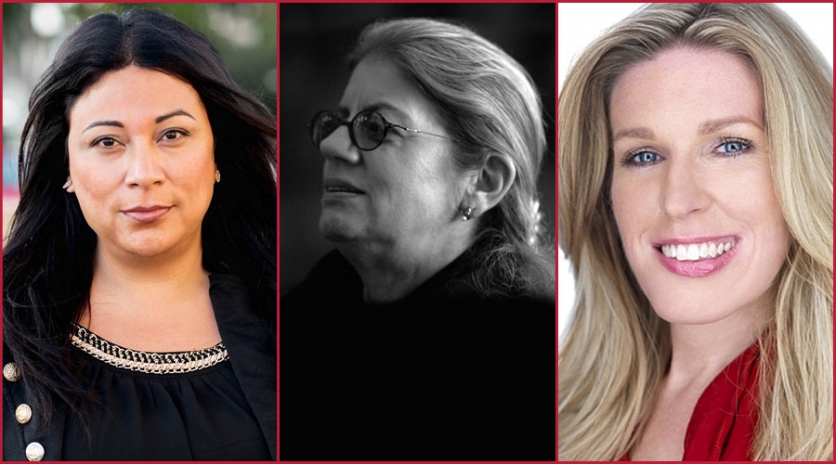 Meet Three Powerhouses Who Rise Up for the Marginalized

Jennicet Gutiérrez was silenced by none other than President Barack Obama. A Latina trans activist, Gutiérrez was at the White House for a Pride event when she interrupted the president’s speech for two minutes, pleading with him to release all LGBTQ immigrants from detention and stop their deportation.

As she was escorted from the White House, the world noticed Gutiérrez as a spirited advocate for undocumented trans-women who are not treated as women in U.S. detention centers.

“I felt like my body was going to collapse,” Gutiérrez told Fusion news shortly after the incident made national headlines. “My mind was processing the booing and the president telling me to be quiet or leave.”

“I’d been approached by different trans women who have told me being visible has given them some hope and inspiration.”

Jennicet Gutiérrez is the founder and national coordinator of Familia: Trans Queer Liberation Movement, an organization that educates the public and advocates for trans immigrants. At the White House, Gutiérrez was a representative of GetEQUAL, a national advocacy organization.

Her activist agenda was formed when she grew alarmed by the increased rates of crime and unemployment in the trans community.

“I’m really tired of the violence,” Gutiérrez said. “I’d been approached by different trans women who have told me being visible has given them some hope and inspiration.”

Gutiérrez spent her early childhood in Mexico. She began expressing her gender identity at age 6.

“I remember putting my mom’s dresses on and dancing around the house, feeling free and truly comfortable in my skin,” Gutiérrez said.

Gutiérrez also wanted to play with dolls and learn how to cook, but family members deterred her from these activities.

“I was told it was not acceptable or the role of boys.”

Some friends were “embarrassed” by her, Gutiérrez said as she began connecting with her “true” gender identity. “They turned their backs on me,” she said.

Despite the constant ache of rejection, she pressed forward and recognized an opportunity for activism.

After immigrating to the United States at age 15, Gutiérrez attended the University of California at Davis where she focused on Chicano/Chicana studies.

“It became a personal issue for me, being transgender and being undocumented,” Gutiérrez said. “We complain and we get punished.”

In 2015, her visa application was approved, and this changed her immigration status.

Gutiérrez continues to meet one-on-one with dozens of detained trans immigrants who endure sexual and emotional violence in the detention centers. “I can’t tolerate this type of abuse,” she said. “We shouldn’t allow our sisters to go through this pain.”

Stephanie Ortoleva jokes that she has never lost her vision because that would imply that she put it somewhere. She prefers to just describe the condition she has lived with since childhood as degenerative low vision. This New York City native is not shy about the fact that she is blind.

The prominent activist gives her age as somewhere between 18 and 80, though she says she acts like an 18-year-old most of the time. The purple streaks in her hair are the proof.

Stephanie Ortoleva, Esq. is the founder and president of Women Enabled International, based in Washington, D.C. She and her staff work to advocate for the human rights of women and girls, especially those with disabilities. The team is developing projects that map and promote collaboration among women’s rights and disability advocates, laying the groundwork for cross-cutting advocacy.

” . . . there are many wonderful women who are activists with disabilities, and I wish all of my sisters would get powerful attention.”

Her organization’s work “has grown and strengthened human rights law, holding states accountable for their obligations to respect, protect, and fulfill the rights of women and girls with disabilities,” Ortoleva said.

Fortunately, limited vision was not the only major development of Ortoleva’s youth. It was around this time that the budding women’s and disability rights activist was told that she was too opinionated and asked too many questions. Instead of interpreting these observations as insults, she saw them as good reasons to go to law school.

A degree from Hofstra University’s progressive law school enabled her to become an international human rights lawyer. Her focus is on the intersectionality of women’s rights, disability rights, gender-based violence and education for women and girls. Eventually, she consulted on these issues for governmental, non-governmental and international agencies, and she worked as a human rights lawyer with the U.S. State Department. She has led discussions at prominent forums like the United Nations Commission on the Status of Women and she has critiqued these institutions on how well they accommodate participants with disabilities.

When she is not at the office, Ortoleva serves as a member of the American Bar Association Commission on Disability Rights. She is also on the boards of several other disability rights and women’s rights groups. In her spare time, Ortoleva hangs out with her husband of over 30 years and her orchids.

Ortoleva is credited with bringing attention and resources to women’s and disability rights, but she emphatically reminds supporters that “there are many wonderful women who are activists with disabilities, and I wish all of my sisters would get powerful attention.”

Former Ms.Wheelchair New York winner and runway model Danielle Sheypuk is using her platform to advocate for the sexual empowerment of disabled women.

“It’s a taboo topic,” said Sheypuk, a licensed clinical psychologist. “We are looked at as asexual, not feminine enough, not sexy.”

“While my friends were getting dates to prom and homecoming, that just wasn’t happening for me,” Sheypuk said. “I believed that would never happen for me . . . a lot of young women with disabilities grow up feeling the same exact thing.”

“Why isn’t there a Carrie Bradshaw in a wheelchair that women can look up to and ask for advice?”

After snagging the pageant crown in 2012, Sheypuk became the first model in a wheelchair to spin down the runway during New York Fashion Week in February 2014.

On the runway, she modeled a black top with a newsprint skirt and beige platform pumps with stiletto heels for designer Carrie Hammer’s debut collection, which featured role models and not runway models. The following year, Sheypuk landed her first major clothing campaign with The Tomboy Shop, an online boutique for androgynous apparel.

Inspired by columnist Carrie Bradshaw in the HBO hit “Sex and the City,” Sheypuk hopes to emulate the character’s spunk and sensuality as a face and a voice for disabled women in mainstream media.

“Why isn’t there a Carrie Bradshaw in a wheelchair that women can look up to and ask for advice?” Sheypuk said. “I thought, ‘Let me share my dating experiences and use my Ph.D. in psychology to help women and girls,’ and that’s what I did.”

When Sheypuk’s high school classmates were scoping out “crushes” and immersed in Sex Ed, she felt excluded from the intimate discussion.

Raised in Scranton, Pennsylvania, Sheypuk was diagnosed with spinal muscular atrophy at age 2. The disorder has limited her mobility for 34 years.

“Our families push us to achieve academically, doing well in school and having successful careers,” Sheypuk said, “with the unspoken notion that we won’t make a good wife or a mother.”

In May 2015, the Brooklyn-based psychologist gave the first-ever TEDx Talk on dating, sex and disability. She also has recently introduced Skype therapy to her private practice. Sheypuk spearheads a Teen Voices collaborative series to promote storytelling among disabled youth.

“It’s about exposure,” she said. “The more I appear in media as glamorous, educated and sexy, that’s a role model for women and girls to look up to. That’s the role model I wish I had.” 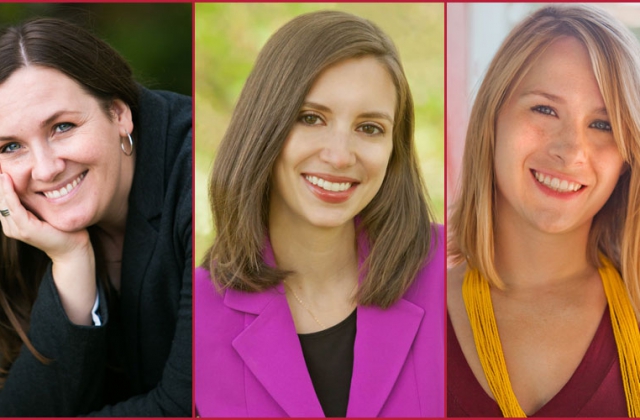