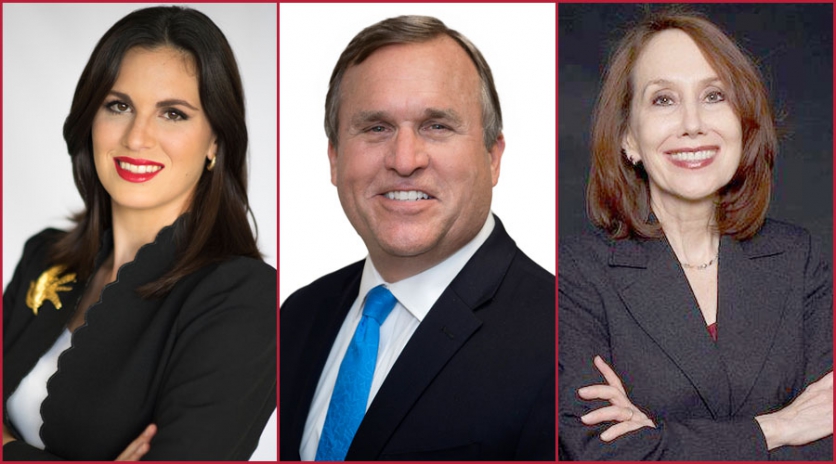 Meet Three Powerhouses Who Fight for Our Safety

Ada Alvarez Conde was 14 when her boyfriend, two years older, became emotionally violent. Alvarez is the founder of an organization called Fundación Alto al Silencio (Stop the Silence) based in her native Puerto Rico — with the mission of educating the public about dating violence.

After the incident, Alvarez got a protection order. She found that while many were aware of domestic violence, dating violence was brushed off because those who experience it are typically teens or young adults.

Following that experience, Ada Alvarez Conde wrote her first novel, "Lo Que No Dije" ("What I Didn’t Say"). In the novel, Alvarez describes what she went through and other women’s encounters with dating violence. The book was self-published when Alvarez was only 19. She became the youngest published author in Puerto Rico.

Her novel was picked up by schools across the island, and in short order, schools and organizations began inviting Alvarez to talk to students about her experiences.

Alvarez seized the opportunity to teach the up-and-coming generation how to identify the signs of dating violence and how to avoid being the victim or the abuser. She also describes the characteristics of healthy relationships, including the empowerment of both parties.

As her reputation grew, she began speaking to groups outside Puerto Rico.

"I was astonished to see that more than 50 percent of victims of domestic violence reported to police in Puerto Rico were between ages 12 and 24," she said in a talk at Florida International University, where she earned her master’s degree and did an investigation on dating abuse after the Rihanna-Chris Brown incident. "In Miami-Dade County, it is almost the same: 62 percent of victims are between ages 12 and 29."

Acknowledging that 85 percent of the victims of dating violence are female, Alvarez directs her information toward women, while still keeping her sessions inclusive. "I believe if we segregate the issue, we are re-victimizing," she said.

Alvarez received her B.A. in journalism from the University of Puerto Rico, where she’s finishing a Ph.D. in the history of Puerto Rico and the Caribbean. Her goal is to teach at the university level. She also dreams of opening a youth shelter for survivors of dating violence — Puerto Rico has none — along with a support group for people struggling because of abuse.

She is a candidate for a seat in the Puerto Rico Senate. If elected, she will become Puerto Rico’s youngest senator. She says she wants to write bills that promote a culture of peace, support the prevention of violence and protect human rights. If elected, she won’t stop talking in schools to raise awareness of dating violence.

"Speaking out for those without a voice is one of my biggest passions," Alvarez said.

Casey Gwinn grew up in a home with a bipolar father and the unpredictable emotional, psychological and physical abuse associated with his father’s demons. Violence ran in Gwinn’s family. His father, too, had suffered his own father’s violence.

As an adult, Gwinn became the driving force behind the creation of family justice centers that bring together, under one roof, services to victims of domestic violence, sexual assault and stalking, and to their children as well.

"In America," Gwinn said, "we raise our criminals at home. The majority of all those we lock up in this country, for all crimes, grew up in homes with child abuse, domestic violence, and some mix of drug and/or alcohol abuse. We can love them and help them find a pathway to hope when they are 8, 10 or 12 years old, or we can wait and lock them up at 17, 19 or 21. It is our choice."

Casey Gwinn is president of the Alliance for HOPE International, an umbrella nonprofit of 120 family justice centers in the U.S. and around the world. The nonprofit is dedicated to preventing child abuse and domestic violence. It also offers services designed to help adults and children recover from trauma.

"With evidence-based prosecution," Gwinn said, "victims no longer had to take responsibility for the criminal behavior of their partner [by] pressing charges."

In 1996, Gwinn was elected City Attorney of San Diego, in charge of a staff of 325, prosecuting criminal and civil cases and handling all legal matters for the city. In 2002, he was instrumental in the opening of the San Diego Family Justice Center.

He also became an expert in strangulation assaults in domestic violence, sexual assault, elder abuse and child abuse cases. Strangulation assaults often leave no visible injuries though many victims have suffered permanent brain damage. Gwinn and his team offer training for police, prosecutors, medical professionals and advocates on how to document, investigate and prosecute these challenging cases.

Gwinn’s greatest passion is Camp HOPE America, which he founded as the first comprehensive camping and mentoring program in the country focused on children exposed to domestic violence. He and his wife, Beth, are setting up a social enterprise ranch to support Camp HOPE in Arroyo Grande, California. As a father of three and a grandfather of three, Gwinn is proudest of the fact that his children and grandchildren have escaped his own family’s legacy of violence and trauma.

"In America," Gwinn said, "we raise our criminals at home. The majority of all those we lock up in this country, for all crimes, grew up in homes with child abuse, domestic violence, and some mix of drug and/or alcohol abuse. We can love them and help them find a pathway to hope when they are 8, 10 or 12 years old, or we can wait and lock them up at 17, 19 or 21. It is our choice."

Dorchen Leidholdt has worked her entire adult life to make one thing obsolete: violence against women.

For more than 20 years, Dorchen Leidholdt has been the director of the Center for Battered Women’s Legal Services at Sanctuary for Families in New York. There, she oversaw the growth of the Center from two staff attorneys to 44 lawyers representing every year, all free of charge, more than 5,000 survivors of gender-based violence. Leidholdt also teaches at Columbia Law School.

Her commitment to a life dedicated to ending gender violence began when she was in graduate school at the University of Virginia. There she advocated for rape victims facing an indifferent if not victim-blaming justice system and confronted daily an environment pervaded by misogyny.

"None of the women I assisted obtained justice or protection from the criminal justice system," Leidholdt said. One vivid example of the campus atmosphere, she recalled, was the college pub’s menu. Its offerings were named after the prostituted women Jack the Ripper eviscerated.

In 1977, Leidholdt moved to New York, where she worked as an editor at Random House and became an anti-rape activist. For two years, she was a leader of the New York City Chapter of Women Against Violence Against Women and, together with feminist leaders Susan Brownmiller, Robin Morgan and Gloria Steinem, began to speak out and organize against pornography’s objectification and abuse of women.

Her experience with the systemic impunity accorded rapists, batterers, pimps and other perpetrators of gender violence motivated her to enroll in New York University School of Law. She graduated in1988 as a Root-Tilden Scholar. As a new lawyer, she co-organized the first global conference on trafficking in women and within a year co-founded the Coalition Against Trafficking in Women, the leading international nongovernmental organization working to end the commercial sexual exploitation and enslavement of women and girls.

The next legal frontiers are ensuring safety for women on college campuses and effecting a paradigm shift in our justice system’s response to trafficking and prostitution by ending the double victimization of women and girls in the sex trade and by holding their exploiters — buyers and sellers — accountable.

The legal landscape has undergone significant changes since Leidholdt’s early days of activism. The laws exempting rapist husbands from criminal liability have been overturned, and the impunity our justice system has historically accorded perpetrators of gender violence has begun to erode. Leidholdt has played a key role in that change, successfully advocating for laws criminalizing stalking, strangulation and human trafficking, and requiring courts to consider domestic violence in custody cases.

"I never dreamed as a young activist that we would bring about so much positive change," Leidholdt said. 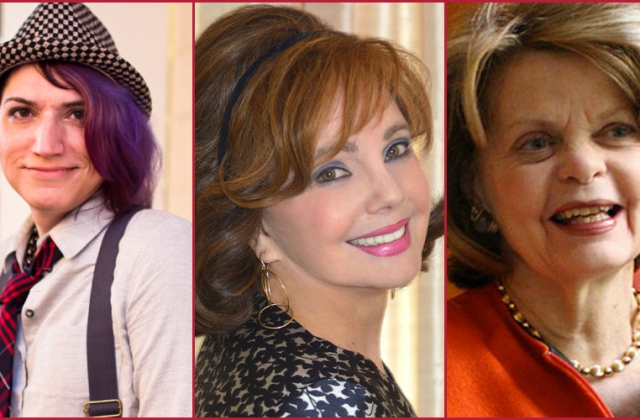 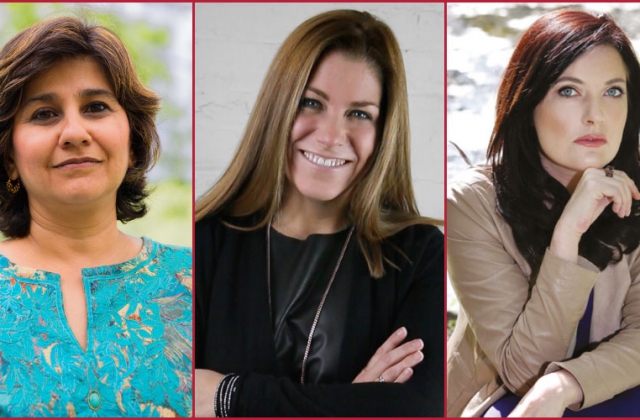 21 Leaders 2016 – Meet Three Powerhouses Who Get the Word Out