In Beijing, Domestic Workers Are Acting Out Their Tales

The plays that wind up getting performed emerge from group storytelling and are a form of people’s theater. “This is a way to help household workers to stand up and make their voices heard,” says the group’s founder. “This is what I want.” Translation assistance by Yuan Ye.

BEIJING (WOMENSENEWS)– Sitting in a plaza outside the Bird’s Nest, China‘s Olympic site in the outer reaches of Beijing, Yan Chengmei waves her fingers at an incoming message on her cell phone. This is the proof she’s been seeking to describe the work of Di Ding Hua, the theater group she founded four years ago.

"Just now I’ve received a text from a household worker that says she is writing a piece about how to communicate with older people," said Yan.

The participants in Di Ding Hua are all female domestic workers, most in the "middle years," 30 to 50 years old. Since 2011 they have gathered in an office turned into a rehearsal space on Saturdays, their one day off, to learn theater technique and to write and stage stories about, said Yan, their "bitterness and happiness."

As migrants from impoverished rural areas of China, these household workers take jobs cleaning, cooking and caring for children or the elderly inside the homes of China‘s growing middle class, and to a lesser degree foreigners in the country. China has at least 20 million domestic workers, 90 percent of whom are female, according to a 2009 analysis by the International Labor Organization Office for China and Mongolia.

Once in the city, rural migrant workers can encounter a range of daunting obstacles, even as they earn wages that support "left-behinds" — children back home. In 2011 when Yan joined the Home for Female Migrant Workers in Beijing, a 20-year old subdivision of the Rural Women’s Cultural Development Center, she began to think about a forum for domestic workers to tell their stories. "I like plays and I like seeing plays," she said.

The name Di Ding Hua comes from a tiny purple wildflower, described in a signature poem written by an early participant: "Earth flower … scatter petals to the ground, you refuse to be mediocre, keep pursuing the dream … always striving to be stronger."

The final plays are a form of "people’s theater," said Yan, "collective works" emerging from the group. Di Ding Hua’s first production, "My Work, My Dignity, My Dream," is a series of vignettes drawn from real-world experiences.

Yan describes its highlights in a rush of words. In one scene, an employer holds a dinner party and chastises a child care worker for having something to eat. "You are a babysitter and you think of yourself as human?" the employer bellows. Cast members, wearing identical costumes of pink polo shirts and black pants, portray all of the characters.

In another scene an employer helps a domestic worker set up her own business.

"The stories can be thought provoking," said Cao Ang, a doctoral student at the Chinese Academy of Social Sciences, who saw performances with her class. "You would think ‘what could middle-aged women do?’ In our impression, they are usually shy, talk less and have a low profile. But when I saw these aunts’ performance, I could not believe how they can really perform like trained actresses," she said.

Rural women face numerous challenges in the city, where they are treated as second-class citizens, said Cara Wallis, an author and associate professor in the communication department at Texas A&M University who is conducting field research in Beijing. China‘s strict household registration system, or hukou, requires rural workers to get special permission to work in the city and limits their access to services. "Structurally and culturally, there are prejudices rural workers face, especially difficult when you add the gender equation," said Wallis.

In addition, media stereotypes have treated domestic workers harshly, said Lin Hong, who works on migrant and labor issues in Beijing. "Some people think of them as servants. Newspapers gave a negative picture of domestic workers — that some of them have good salaries and get high rates, but don’t do a good job," she said. "Art can be a form of public education. It’s indirect, but it’s a good way to do advocacy."

After performances, Di Ding Hua opens up discussions with audiences. It’s an opportunity to introduce Convention 189 of the International Labor Organization, a protocol passed in 2011 calling for domestic worker protections, such as days of rest, limited hours of work, collective bargaining and freedom from discrimination and abuse.

Of course, creating theater takes extensive behind-the-scenes preparation, and Yan works seven days a week to accommodate the workers’ rigorous schedules, while expanding the group’s repertoire to performances on second-hand smoke and "left-behind" children. Over 100 women have participated, and videos of them are in the works.

There are rewards, as well. "I longed dearly for a chance to sing out my sorrow, my happiness, let out all my pressure, and get back the confidence I once had before becoming a housekeeping worker," wrote Liang Cuihua for a Di Ding Hua pamphlet.

"This is a way to help household workers to stand up and make their voices heard," said Yan, gesticulating emphatically in the wide open spaces of the Olympics venue. "This is what I want."

This story was reported with translation assistance by Yuan Ye, a journalism major at Beijing International Studies University.

Would you like to Send Along a Link of This Story? https://womensenewsp.wpengine.com/2015/10/in-beijing-domestic-workers-are-acting-out-their-tales/ 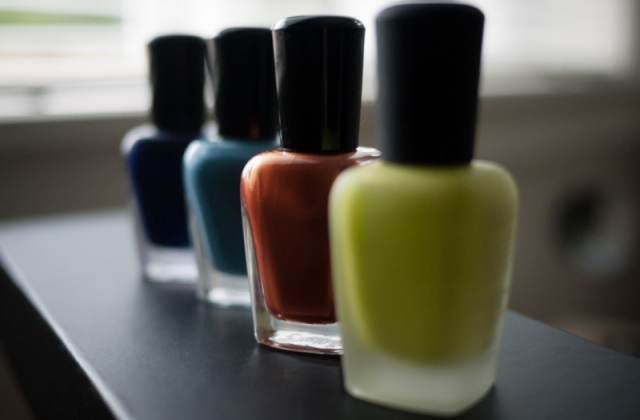