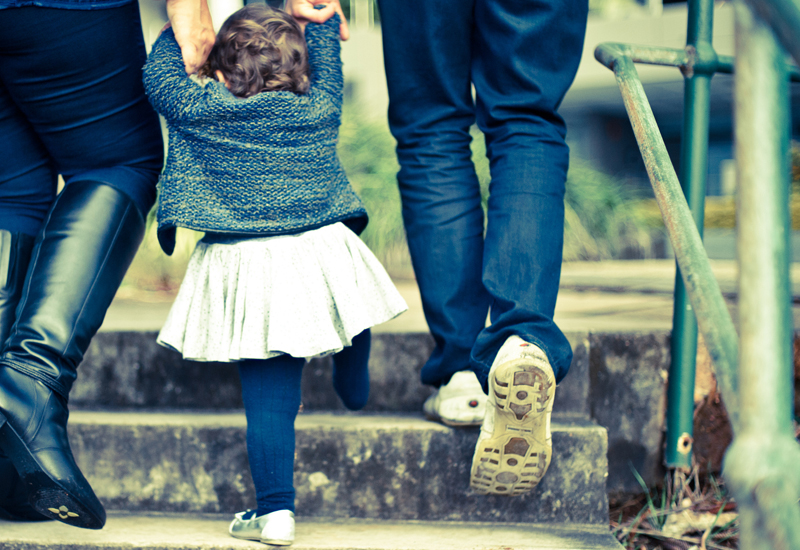 (WOMENSENEWS)—After years of plowing along at the state and city level, the intertwined causes of affordable child care and guaranteed medical leave for workers and their families suddenly drew national attention at both parties’ nominating conventions recently.

“This issue is a priority for voters, who are lifting up their voices at the Democratic National Convention and around the country to demand a solution from elected officials and candidates running for office,” Vivien Labaton, co-founder and co-executive director of the national campaign Make It Work Action, said in a press statement in late July as Democrats were meeting in Philadelphia.

During that convention, Labaton joined advocates from other groups, including The Hill, Service Employees International Union, Make It Work Action, American Women and the Domestic Workers Legacy Fund, to discuss child care and work-family balance initiatives as speakers in the main hall pounded away on these subjects in the 19,500-seat auditorium and on national television.

Ivanka Trump, meanwhile, the daughter of GOP presidential nominee Donald Trump, represented her father as a potential champion. In her July 21 speech at the Republican National Convention in Cleveland, she declared that her father is “color-blind and gender-neutral.” As a mother of three, she hailed research noting “gender is no longer the factor creating the greatest wage discrepancies in this country, motherhood is.”

At Trump Organization, the international conglomerate based in New York City, women not only hold more leadership roles than men but also receive equal pay, Ivanka Trump told the crowd at the convention and prime-time television audience of millions. “When a woman becomes a mother, she is supported, not shut out.”

So far, Trump has not offered any policy proposal. However, in an interview with Make It Work in Iowa last fall, when asked about his views on affordable child care Trump simply said, “I love children,” then cut it short by saying, “It’s a big subject, darling.”

Issues such as child care and family leave are not mentioned in the GOP platform.

The campaign of Hillary Clinton, the Democrats’ presidential contender, meanwhile has been promoting a public image of the candidate as a proud daughter, mother and grandmother, someone who devotes her career to improving lives of families and children.

That messaging synchronizes with Clinton’s proposals on affordable child care, paid family leave and family-work-balance strategies that occupy a decent chunk of the Democrats’ party platform. Clinton also recommends tax credits for unpaid caregivers to ease the burdens on families struggling to support an ailing member.

Such initiatives promise to modernize laws that critics say belong to a bygone era, when more households relied on a male breadwinner and a woman at home, available to take care of children and other family members when they got sick.

Today, two-earner households dominate an economy in which women are the primary or co-breadwinners of nearly two-thirds of the country’s families.

“The reality is we need to enable our workforce to deal with their family responsibilities by providing these basic benefits,” Rhode Island State Sen. Gayle Goldin, who helped pass her state’s paid family leave law in 2013, recently told Women’s eNews.

Goldin also serves as campaign advisor for Family Values @ Work, a national network of state and local coalitions based in Milwaukee that promotes such work-family-balance policies as paid leave and paid sick days.

While often presented as a bundle of issues, paid leave, sick leave and child care all make their way as separate legislative initiatives.

A national paid leave bill is currently stuck in Senate committee. The Family and Medical Insurance Leave Act, or the FAMILY Act, was introduced by New York Sen. Kirsten Gillibrand and Connecticut Rep. Rosa DeLauro, both Democrats, in 2013.

The bill provides 12 weeks of paid leave equivalent to 66 percent of employee’s monthly wages, with a $1,000 weekly cap, in the event of childbirth, an immediate family member’s serious illness or workers’ own medical needs. It is meant to bolster a law passed in 1993, the Family and Medical Leave Act, which only allows an unpaid leave for the same duration.

Rhode Island’s Goldin says passage of a federal paid family leave law will depend on who is elected to the U.S. Senate and House this fall, and if they are willing to recognize the overwhelming support from constituents, regardless of political party.

These activists, according to Goldin, are speaking up in candidate forums and questionnaires, making calls, writing letters and talking to people door to door. The goal is to elect more state and U.S. officials who will push ahead the interlocking causes of paid sick leave and affordable child care.

Some research finds broad support, nationally, for paid leave. In February, the National Partnerships for Women & Families released a poll showing that 94 percent of Democrats, 80 percent of Independents and 61 percent of Republicans favor updated paid leave laws. Of the poll’s 1,004 participants, 57 percent said it’s “very important” to revamp the law.

On Wednesday, the Washington-based nonprofit just released a new report that evaluates 50 states’ performance in advancing paid leave and other related family laws, just two days before the 23rd anniversary of the Family and Medical Leave Act.

Opponents have said leave policies should be left to employers, not mandated by the government. They cite tax burdens and staff vacancies that employers have to carry when employees take time off. Republican House Speaker Paul Ryan provides paid leave for his staff but refuses to sign the FAMILY bill, according to the Huffington Post.

“Paid time off should not be a luxury,” says Goldin. “It should be a basic right that we’re all receiving.”

On July 30, a paid family and medical leave bill in Massachusetts passed in the state Senate, but did not come to a vote in the House, missing the mark for this legislative session.

As states pass family leave laws they are serving as a testing ground for crafting legislation that actually serves its intended beneficiaries.

States have struggled with implementation and awareness and bridging the benefit gap between high-income and low-income jobs. Some paid leave laws, as Amy Lieberman reported in a recent article in Women’s eNews, are also considered unattractive for workers when they fail to provide job security.

A 2011 study on employer and worker’s experience with paid leave in California, the country’s earliest law, found that it wasn’t doing much good for anyone because half of the workers had not been informed of their benefits.

Kristin Rowe-Finkbeiner, a longtime activist on the issues, recently brushed off Ivanka Trump’s claims that her father would be a serious defender of these issues. Rowe-Finkbeiner is the co-founder and executive director at MomsRising, a national grassroots nonprofit organization that she co-founded with Joan Blades in 2006, with the intention of building a voting bloc around work-family balance issues.

In 2006, Rowe-Finkbeiner and Blades also co-authored “The Motherhood Manifesto: What America’s Moms Want – and What to Do About It,” which enumerates some initiatives that are now gaining traction across the country.

In the decade since then, 35 cities around the country have passed laws giving 11 million more people access to paid sick days, according to Family Values @ Work. Eight more cities in five states passed laws in the past year: Los Angeles, Santa Monica, Plainfield, Spokane, Minneapolis, San Diego and Chicago.

Other cities and states around the nation have begun to follow suit. Albuquerque, New Mexico, is putting a paid sick leave ordinance before voters this fall that would benefit 107,000 workers citywide.

Beyond the humanitarian goal of enabling parents to take better care of children, those arguing in favor of earned sick days cite an array of broad economic benefits, from reducing turnover, especially at small businesses, to maintaining a healthy workplace environment.

Related issues of affordable child care are also gaining leverage with the elections. Many families, according to research by ChildCare Aware of America on parents and the high cost of child care, are caught in a bind. They cannot afford quality day care but they also do not have the means to stay home without any earnings.

On the other side of the equation, those providing child care also struggle as this workforce is widely underrated and many early childhood educators are not making a living wage, according to a recent government report.