During chaotic, makeshift times, women throughout Kathmandu are playing key roles in holding their families and society together. “She always tells us not to be afraid and keeps a close watch on us especially at night,” says the 14-year-old daughter of one woman.

Sumitra Bhattarai is 35 years old; her mother Jitmaye Shai is 63. The older woman raised the younger woman and two sons on her own, as a single mother. She has been working as a fruit seller at the same spot for 44 years.

Bhattarai says her mother’s small business supports her and her son as well as her two brothers and their families. It is her family’s main source of income.

Bhattarai is married but her husband is working in Saudi Arabia. She has been helping her mother sell fruits ever since she was a little girl.

On the day of the earthquake, they had to leave all their produce and rush to an open field of a nearby school. "After two hours, my mother said it’s time to go back to the fruit stand to save the fruits so we would have something to sell the next day," Bhattarai says as she weighs fruit on a little scale and exchanges it with customers for money.

Despite the frequent aftershocks, her mother says they must go on with their work. "She always tells us we must go on with our lives. We cannot stop because we are earning for the whole family," Bhattarai says.

Nepal is slowly and painfully rebuilding after a 7.8 magnitude earthquake struck this Himalayan country on April 25.

During chaotic, makeshift times, women such as this mother-daughter duo are playing a significant role in keeping the society together as tent cities have sprouted all over the capital, both for those who lost their homes and those who are too afraid to stay in their homes for fear that another earthquake might come.

About a month after the earthquake, Shunita Shahi, 14 years old, was sleeping under a makeshift tent made of tarpaulins in the Yetkha Bahal area of Kathmandu with her younger brother and her mother.

"My mother says we can’t go home yet," she told Women’s eNews as she paused from playing board games with other children who were also staying in tents with their families. "It’s not safe. She tells us not to go inside the house but to just stay in the tents and read books."

Her mother was out for the day, gathering water for her and her 10-year-old brother.

Their father is away serving in the Nepal Army. "She always tells us not to be afraid and keeps a close watch on us especially at night," Shunita says.

Sixty-eight-year old Naniyera Tamraker, who runs a family-owned bakery in an apartment near Bhaktapur, is also doing everything she can to help comfort her traumatized grandchildren. "My grandchildren, they were crying too much so now I make sure I am always with them," she says.

Her grandchild, Palpasa Tamraker, 15 years old, sat beside her. "She tells us to not be afraid," he says, "because we are together."

Dipti Sherchan, an anthropological researcher, is helping her country pull through as a co-founder of a relief effort she started with friends, the With Love Project. The citizen-driven initiative provides nutrition and survival packages for mothers and their newborns.

In an email interview, Sherchan says that days after the earthquake she realized how much mothers were doing to persevere and keep their newborns safe amidst the chaos. It gave her the idea to help out by providing women with nutrition kits for their newborns.

"Every tremor would lead the mothers to move along with the villagers to a nearby tent, holding on to her baby and, after things became a bit calmer, return with their babies to stay inside a room," Sherchan says. "Other women helped them prepare food, massage their babies with hot mustard oil and regularly hold conversations with them to keep their unsettled minds occupied. There were days when the weather would get harsh with wind, rain and thunder. But these young mothers persevered through it all."

The package caters to the needs of pregnant women, post-natal women and their infants.

"The contents," Sherchan says, "are categorized into 3Bs — a bucket (filled with rice, lentils, salt, biscuits, multi-grain cereal); a box (filled with a mosquito net, sanitary pads or piece of cloth, nutrition supplements like vitamins, calcium and iron depending on whether a medical team is accompanying them, a water purifier, soap, toothpaste and toothbrush, toilet paper rolls); and baby products (baby blankets)."

Teams of volunteers with the With Love Project have been working in collaboration with relief teams and have so far managed to send 127 relief packages to various earthquake affected areas, such as Lalitpur, Kavre, Dolakha, Ramechhap, Rasuwa, Panauti, Gorkha, Sindhupalchowk and here in Kathmandu.

"So far, the initiative has been able to run on personal donations," Sherchan says.

One nutritional bucket costs around $14 and in the two months since the earthquake the project has been funded by personal donations both in cash and kind — from friends, family and supporters who believe in this cause, Sherchan says.

Sherchan says the group, after two months of delivering supplies as a temporary relief service, is now preparing for a second stage where they shift into providing services, such as shelter or health care.

Those who want to help Nepal through the With Love Project can email the project’s founder directly at [email protected].

Would you like to Send Along a Link of This Story? https://womensenewsp.wpengine.com/2015/07/social-caretaking-keeps-nepal-going-post-quake/ 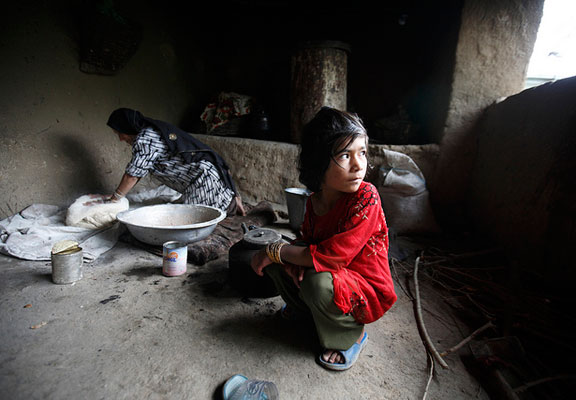