Migrant advocates are trying to counter what they see as an uptick in raids and deportations that break up families and leave women with particular burdens.

“It’s hard because my mom is the only parent we had,” said Avila, the eldest of Norma Gutierrez’s four children, in a phone interview from Phoenix, where she lives. “I’ve been wanting in a way to be [the] father because my mom is by herself taking care, and I want to provide money.”

Avila and her siblings are living between the homes of two aunts. Avila is working for a phone company this summer and plans to return to school with her siblings in the fall.

Her mother is caught in the national controversy over immigration, particularly those coming from Central and South America.

Protests erupted in Milwaukee last week as activists blockaded the garage doors of the city’s Immigration and Customs Enforcement building. On June 26, New York City added $4.9 million in its 2015 budget to promote immigrant family unity, making it the first jurisdiction in the United States to provide legal representation to any immigrants detained or facing deportation.

The Obama administration has deported almost 2 million people since President Barack Obama took office in 2009, The New York Times reported in April. Immigration officials deported 368,644 people in 2013, 72,000 of who had U.S.-born children, the Huffington Post reported June 25. Some children, like Avila and her siblings, remain in the U.S. while their parents are forced to return to their countries of citizenship, which poses strains on family members as they stretch across borders.

Avila has not seen her mother since January, when Gutierrez was arrested on trespassing charges that a judge later dismissed. Despite the dropped charges, Gutierrez was rearrested and deported that same month, according to the Los Angeles-based #Not1More campaign advocating for change in immigration laws, because she identified under a false name during her first arrest.

When she tried to re-enter the country on April 14, the day before her son’s birthday, Gutierrez was detained again in Florence, Ariz., where she is currently held, AZ Central reported June 16.

Gutierrez, who has lived in Arizona for 25 years, qualified for “prosecutorial discretion,” a proceeding that slows or stops a deportation in cases where there is a long-standing tie to the United States. But the U.S. government did not offer that to her, said Natally Cruz, an organizer for the Phoenix-based Puente Movement, a rights advocacy group focused on migrant justice.

The federal government has taken steps, such as the updated Freedom of Information, to improve and make more transparent governmental proceedings and policies regarding immigration, and the U.S. Justice Department tried to stop Arizona’s anti-immigration law of 2010 on the basis of civil rights violations.

Still, activists working to protect families such as Gutierrez’s are unhappy, saying these steps are not sufficient. They say the legal lapses in Gutierrez’s deportation case exemplify what many families are suffering from what the The New York Times has reported as an annual quota of 400,000 deportations.

The Department of Homeland Security Secretary Jeh Johnson said he opposes deportation quotas, or deporting a fixed number of individuals from the United States each year.

Chris Newman, the legal director of the Los Angeles-based National Day Laborer Organizing Network that advocates for day laborers, called news of a deportation quota an “underreported scandal,” in a phone conference earlier this month.

Newman said Obama has failed to deliver on promised reviews of U.S. immigration policy, including the possibility that quotas drive the yearly deportation statistics. “Immigration rights are out of line with American values,” said Newman.

“The impact is really bad for every family,” said Puente Movement’s Cruz, in a large part because of the uncertainty. In some cases, authorities do not alert families to a relation’s detention or deportation, leaving them to cope with a sudden inexplicable disappearance.

Erika Almiron, executive director of Juntos, a Latino-focused community rights organization in Philadelphia, talked about the burden of current immigration policies on women, in a recent phone interview.

Stay-at-home mothers lose their partners to deportation or detention centers and acquire the responsibility as sole provider for their families with no in-office work experience, Almiron said. They also face legal bills that can be “thousands and thousands of dollars.”

In response, social justice activists and local politicians are staging demonstrations and intensifying legal advocacy efforts on behalf of families vulnerable to what they see as excessive intrusion by immigration officials and law enforcers.

To help people feel safe in their communities, Juntos educates Philadelphia’s local officials about the problems of racial profiling, a societal problem that instills fear in those at risk of deportation, as well as national immigration policies. “Our communities are trying to figure out how to live,” said Almiron. “The work we do at the local level is to pressure the national level.” She added: “The community has been disappointed federally and by the actions of the president.”

But while activists decry what they see as a harsh crackdown on longstanding and law-abiding residents, the administration is also coming under fire from critics who blame the influx of children entering the country illegally from Central and South America on lenient U.S. policy.

Obama described the situation along the U.S. southern border as a “humanitarian crisis” on Monday during a speech on immigration reform in the White House’s Rose Garden, and blamed House Republicans for refusing “to allow an up-or-down vote on … any legislation to fix our broken immigration system.”

Would you like to Send Along a Link of This Story? https://womensenewsp.wpengine.com/2014/07/immigration-raids-spawn-organized-push-back/ 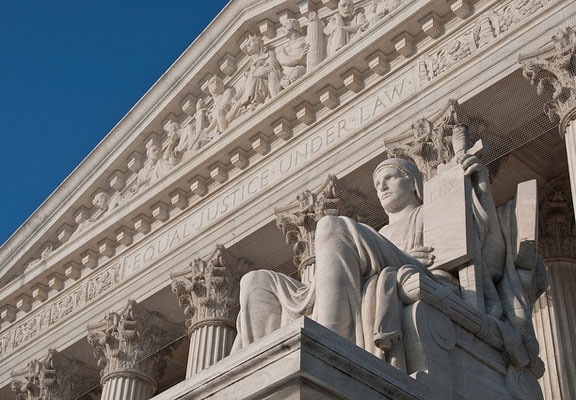