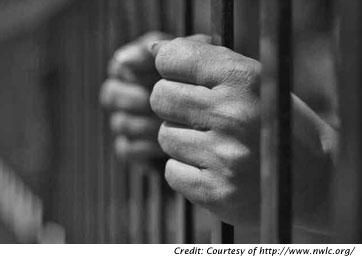 Thirty six states received failing grades for using various restraints on the belly and arms of incarcerated woman during labor and delivery in a recent report. On Monday, activists gathered online to discuss follow-through.

(WOMENSENEWS)– Shawanna Lumsey, who in 2003 was serving time while pregnant in an Arkansas prison for credit card fraud, received minimal pre-natal care during her incarceration. Later she was shackled to a hospital bedpost while giving birth to a 9 pound, 7 ounce baby.

"We are human beings, even when we are in prison," Lumsey was quoted in an October report on the mistreatment of pregnant women in prison produced by two Washington-based groups, the National Women’s Law Center and the Rebecca Project for Human Rights. "Prisoners still have human rights. And shackling takes those basic human rights away."

Yesterday, advocates for incarcerated mothers and pregnant women joined an online forum to discuss the study, which gave 36 states failing grades for using various forms of shackling on pregnant women during transportation, labor and delivery and postpartum recuperation.

Faiza Mathon-Mathieu, counsel for the Rebecca Project, said a tool kit will be ready by the end of the year for use by advocates opposed to shackling. The organization began a national Anti-Shackling Coalition in 2008 that holds monthly conference calls to assist support groups trying to change the laws, she said.

The study follows a five-fold increase in women’s prison numbers since the mid-1980s, when mandatory sentencing was added to federal drug laws. Most of the affected women are nonviolent, first-time offenders.

Instead of expanding prison nursery programs–an approach used by some states–authors recommend increasing targeted federal funding to states to encourage the more cost-effective solution of community-based alternative treatment and sentencing programs that keep non-violent women and their children together. They say this will both strengthen family relationships and reduce recidivism.

Treating the mother while keeping the family together costs taxpayers less by reducing recidivism and spending on foster care, she said.

However, 17 states, including the District of Columbia, received a failing grade for failing to provide any family-based treatment programs for non-violent inmates who are parents.

"Too many women in prison fail to receive adequate prenatal care, are shackled during childbirth, and don’t have the option of family-based drug treatment programs that would allow them to be with their children," the National Women’s Law Center’s Senior Counsel Jill C. Morrison said in an interview last week. "These failures not only compromise women’s health but also jeopardize the health and well-being of their children and our communities."

Morrison and Saada Saar took particular issue with the practice of shackling.

Most incarcerated women have not committed a violent crime and women in labor are in no condition to flee, Saada Saar said in a press statement following release of the report.

Morrison said that shackling is painful, restricts the mother’s movements and the doctor’s access to the patient and increases the risk of a compromised birth. But the use of restraints–including leg irons and chains on the belly and arms of a woman during labor and delivery–is routine in most state prisons.

Women in prison are guaranteed prenatal care under the constitutional prohibition against cruel and unusual punishment. In 2009, a federal appeals court ruled in the case of Lumsey that constitutional protections against shackling pregnant women during labor had been clearly established by decisions of the Supreme Court and the lower courts.

Co-authors of the report also describe a systemic failure of states to ensure that pregnant inmates receive basic prenatal care.

Forty-three states, including the District of Columbia, do not require medical examinations as a component of prenatal care.

Forty-eight states, including the District of Columbia, do not offer pregnant women screening for HIV-AIDS.

Thirty-eight states, including the District of Columbia, received failing grades for inadequate policies or no policies at all for women.

Federal facilities are not graded but the report concludes–based on available evidence–that conditions for families with children in ICE (Immigration and Customs Enforcement agency of the Department of Homeland Security) detention are poor.

Would you like to Send Along a Link of This Story?
https://womensenewsp.wpengine.com/story/incarceration/101108/shackling-pregnant-women-spurs-prison-reform-push

Susan Elan covered politics at daily newspapers in the New York metropolitan area for over a decade. She is now enrolled in a Master of Public Health program at New York Medical College. 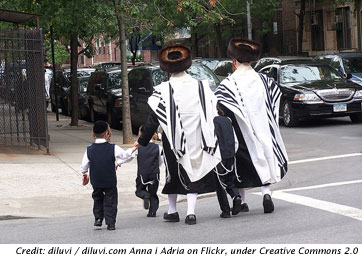