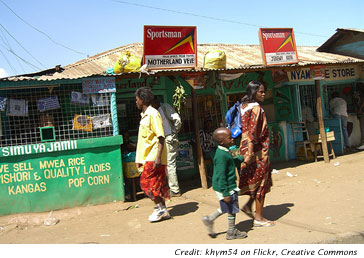 Church leaders in Kenya are opposing a provision in a draft of a national constitution that includes emergency exceptions to the country’s abortion ban. A recent study links the ban to the deaths of at least hundreds of women a year.

NAIROBI, Kenya (WOMENSENEWS)–Earlier this month church leaders here threatened to mobilize their faithful against a draft of a national constitution if it included language allowing abortions under any circumstance.

"We insist that the constitution must protect all human life, which begins at conception and ends at natural death," said Peter Karanja in a press statement. Karanja is secretary general of the National Council of Churches of Kenya, a powerful political player in this deeply religious country, which includes 24 Christian denominations.

In a sign of official acknowledgement of the widespread use of illegal abortions, however, post-abortion care is legal and available in hospitals.

In February, Kenyan President Mwai Kibaki, a Catholic, assured church leaders that Parliament would not pass the draft constitution, which is meant to be enacted within the next two years, if it includes any abortion exceptions.

"Most of us in Parliament have made up our minds and we are ready to persuade those who think otherwise," Kibaki said during a bishop’s ordination ceremony. "Otherwise we will reject their attempts."

A committee of experts charged with drafting the constitution had placed a provision allowing for abortions under certain emergencies in order to comply with international treaties on human rights that Kenya has signed. The provision would permit abortion if a pregnancy brought danger to life or health of the mother. Such phrasing could be interpreted to allow for the termination of pregnancies that pose both physical risks as well as psychological ones, such as when a woman has been raped.

A new constitution is being drafted as part of a deal that brought an end to violence in the wake of the 2007 elections, which left more than 1,000 Kenyans dead. Political factions here agreed to enact a new constitution before the next round of elections in 2012 in the hopes that curbing presidential powers would decrease corruption and avert further bloodshed.

While the abortion-related language in the draft varies little from what is currently allowed under Kenya’s penal code, its inclusion in the constitution would make the imposition of a complete ban all but impossible and would open the door for more lenient legislation in the future, says a women’s advocacy lawyer closely following the matter.

Kenya’s Parliament is currently debating the draft of the constitution, including whether to leave the abortion-related provision, which is to be decided upon by the end of this year when Kenyans vote to accept or reject.

The criminalization of abortion in Kenya, combined with the stigma and shortage of legal post-abortion care, leads to the deaths of hundreds or possibly thousands of women each year due to complications of unsafe abortions, the New York-based Center for Reproductive Rights said in a report this month.

"These deaths are a direct consequence of Kenya’s abortion law, one of the most restrictive in the world," the report’s authors wrote.

Kenyan women portrayed by the report described how they or their relatives or friends suffered illegal abortions from people who accepted small fees in exchange for procedures that used knitting needles, pipes, pens, bleach and malaria pills.

Unable or afraid to seek emergency care in public clinics, many women who undertake such illegal abortions die.

Those who sought help in hospitals were often met by nurses and doctors who were corrupt, untrained, ill-equipped or even abusive, finishing incomplete abortions without analgesics or calling women names, according to the report.

The report includes the story of a 14-year-old in the slum of Kibera who had sex with men for less than $2 after her widowed mother was hospitalized for two years. When she became pregnant she underwent an illegal abortion that led to a serious infection. She was too afraid to go to the hospital fearing, erroneously, that she could be jailed. She and her mother tried to treat her infection with topical disinfectant to no avail. She died last July.

Many young women from Kibera are arrested for having abortions, according to the center’s report, and few understand that post-abortion care is legal and public hospitals are supposed to provide the service without cost if the patient is unable to pay.

Kenya’s Ministry of Public Health told Women’s eNews that it hopes to lower the death toll of illegal abortions by both improving and expanding family planning programs and ensuring that when women do suffer complications from illegal abortions, they have access to proper care.

Recently, the government has been training midwife nurse practitioners working outside of urban centers in post-abortion care.

"The country’s approach is to try to reduce the need for abortion in the first place and to mitigate the complications when they arise by giving services to the people, by offering comprehensive post-abortion care which is close to the people," said Dr. Josephine Kibaru, who heads the country’s Department of Family Health, in an interview.

"What we know is that health workers save lives," Kibaru said. "When we talk about maternal mortality, we are trying to save a woman’s life. Whether she is bleeding from a post-postpartum hemorrhage or after an unsafe abortion, it is all part and parcel of our work."

Henry Njagi, spokesperson for the National Council of Churches, does not care to acknowledge the problems of dangerous and often fatal abortions flagged by the Center for Reproductive Rights report.

"Our position is that the abortions shouldn’t be happening in the first place," he said in a recent telephone interview. "Pregnancies should not be terminated. What is required is education for the women so that they don’t get pregnant if they are not interested in getting the baby."

When pressed on the issue of pregnancies in difficult circumstances like rape, Njagi hung up the phone and did not respond to further questions sent via e-mail.

In a section of abortion-related questions on the Web site of the National Council of Churches, Secretary General Karanja responds to one about what happens to a girl who aborts a child. "She is guilty of murder," he says.

A lawyer at Kenya’s Federation of Women Lawyers said such attitudes are by no means universal here and that it’s still possible to keep the clause protecting a woman’s right to an emergency abortion in the constitution.

"There are threats and half truths and falsehoods put out to create religious fear in the people," said the lawyer, who asked not to be named in keeping with the group’s policy of only allowing its executive director to be quoted publicly. "But we find that whenever we go out to explain to people the real reasons for allowing abortion they immediately are sympathetic or would support abortion under difficult circumstances."

Zoe Alsop is a freelance journalist based in Nairobi, Kenya. 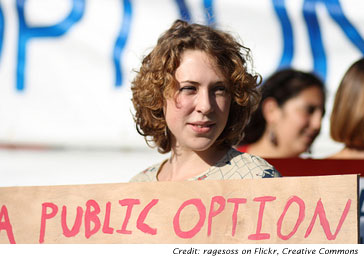