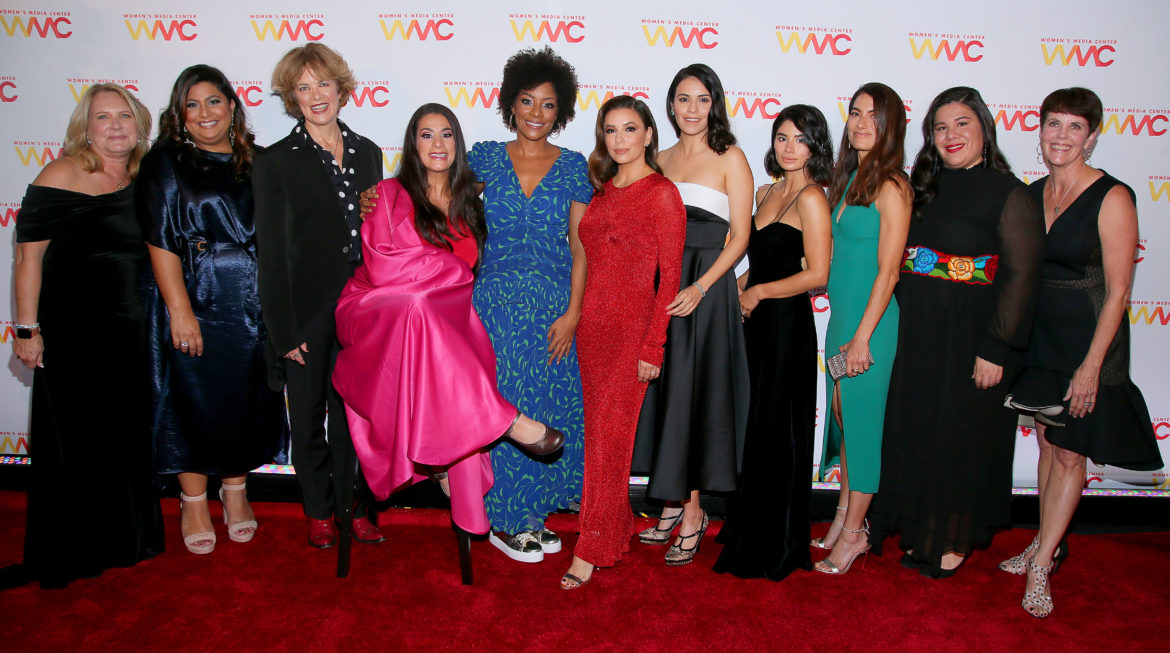 The 2019 WOMEN’S MEDIA AWARDS Honorees were:

Maria Grazia Chiuri, a feminist force and history maker as a designer and as the first woman creative director of Dior women’s haute couture, ready-to-wear, and accessories collections, received the WMC Sisterhood is Powerful Award to celebrate her creation of such “wearable media” as the Dior Sisterhood is Powerful, Global, and Forever T-shirt Collection, and for advancing women’s visibility and power.

The WMC Progressive Women’s Voices IMPACT Award was presented to:

The WMC Solidarity Award was presented to five of the organizers of the “You Are Not Alone” letter of the Querida Familia campaign:

Diane Guerrero, Orange is the New Black, author of In the Country We Love: My Family Divided, and an advocate for immigration reform.

Proceeds from these awards support the work of the WOMEN’S MEDIA CENTER to make women visible and powerful in media.

About The WOMEN’S MEDIA CENTER:

Founded in 2005 by Jane Fonda, Robin Morgan, and Gloria Steinem, the WOMEN’S MEDIA CENTER is an inclusive feminist organization that works to make women visible and powerful in media. We do so by promoting women as decision-makers and as subjects in media; training women to be effective in media; researching and exposing sexism and racism in media; and creating original and on-air journalism.

To find out more about the important ongoing work of the WOMEN’S MEDIA CENTER visit womensmediacenter.com.