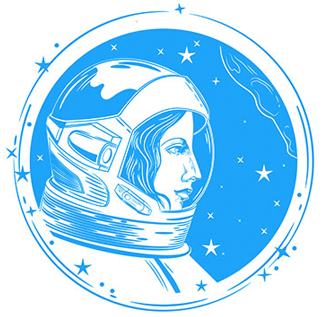 (Updated 3/26/2019) On Friday, March 29, the world was going to experience a watershed moment with NASA’s first all-female spacewalk in history. Unfortunately, it was cancelled a few hours ago due to the lack of properly-sized spacesuits. This small step for women would have been a gigantic step for womankind. When flight engineers Anne McClain and Christina Koch were planning to step outside the International Space Station and into history, it would have been thanks to several decades of women and people of color who introduced diversity into space travel.

A report from SatelliteInternet.com on diversity in space travel found that gender diversity continues to rise but still has a long way to go. In the 1970s, approximately 8% of astronauts worldwide were women and only 8% of those who were active in space travel were people of color. By the time Sally Ride became the first American woman to travel to space in 1983, those numbers had risen steadily. Racial diversity rose dramatically during the ’90s to over 18%, but it wasn’t until 2010 that significant strides in racial and gender diversity were made, bringing the number of astronauts worldwide to nearly 24% people of color and 31.5% women.

While these rising numbers are encouraging, space travel still has a long way to go before the industry can put real equality in orbit. Since the ’50s, roughly 88% of astronauts have been white and an overwhelming majority have been men. While the USA has some catching up to do in terms of diversity, space programs in Japan and Canada lead the way with the most gender diverse teams of astronauts.

Beyond the symbolic importance of having those in space reflect the diversity of humanity, research has shown that diversity can drive innovation, becoming a compelling source for ‘outside the box’ thinking that’s essential in science and technology.

Kelly Johnson, professor of astronomy at the University of Virginia, argues that increasing the number of women in the science workforce should be mission critical. She writes, “Progress in science is fundamentally dependent on having a mix of backgrounds and experience in order to think about problems in new ways and come up with innovative solutions. Progress also depends on having people with both technical expertise and the ‘soft skills’ to build successful collaborations and maximize efficiency.” Certainly astronauts, who are often required to multitask and take on several different kinds of roles in space, could benefit from the insight diversity brings.

Momentum behind equal representation in space travel is mounting. In 2013, NASA announced that the new class of astronauts—who might be the first to lead an expedition to Mars—would be 50% women, and it has encouraged more diverse leadership among teams applying for space missions. Commercial space travel organizations have followed suit, with Virgin Galactic cosponsoring a symposium on increasing diversity in space travel in 2016.

As the all-female crew prepared for their walk outside the International Space Station, they would have done so almost fifty-six years after Valentina Tereshkova became the first woman in space in 1963. Since then, fifty-nine women have gone into orbit as astronauts, cosmonauts, scientists, and specialists.