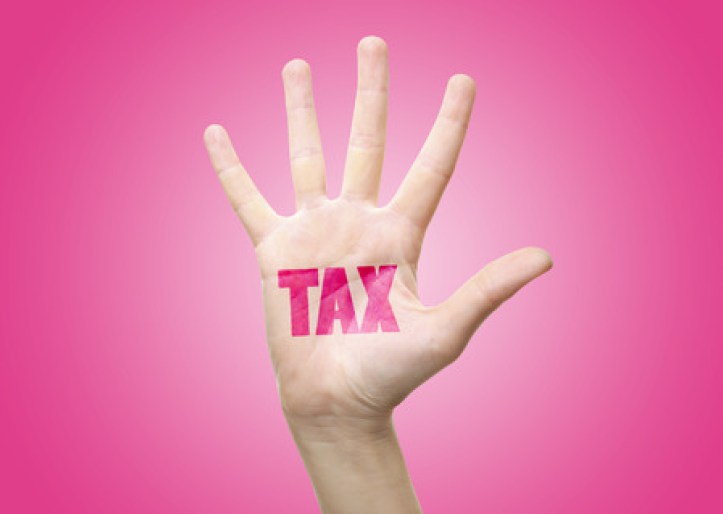 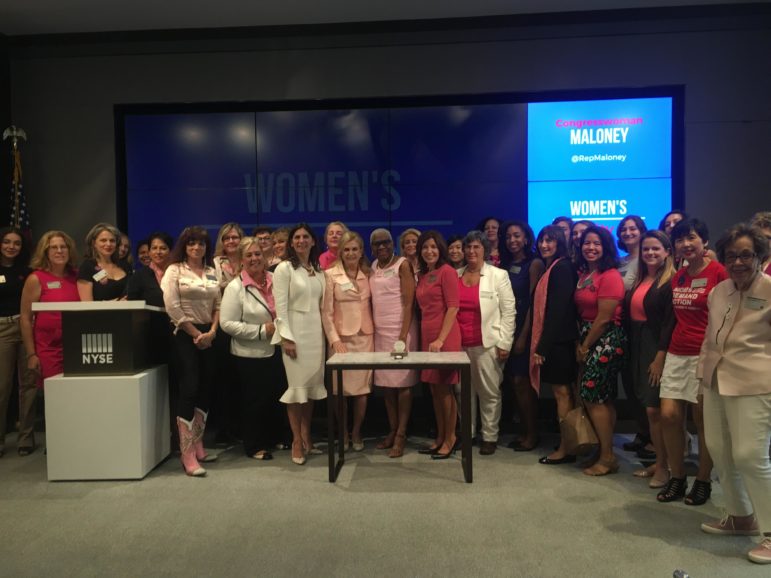 Two days after the nation marked the 98th Anniversary of the 19th Amendment, Congresswoman Carolyn B. Maloney (NY-12) rang the Closing Bell at NYSE in honor of Women’s Equality Day and released a new report, “Earn Less, Pay More: The State of the Gender Pay Gap and’ Pink Tax’ in 2018,” documenting the state of economic inequality women still face today.

The “Earn Less, Pay More” report reveals small steps toward progress on ending the “pink tax,” but shows that there is still a long way to reach fair pricing for women as we continue to fight the gender pay gap. In 2016, Rep. Maloney and Sen. Bob Casey (D-PA) requested that the GAO study the “pink tax” and gendered pricing. That report, released the by the Members last week, also highlights a number of disturbing cost discrepancies, including in mortgages, automobile loans, and in personal care products. The Maloney report expands on these findings and examines the compounding effects of pricing differences and the gender pay gap.

“As we celebrate Women’s Equality Day and commemorate the certification of the 19th Amendment, we must make a commitment to continue the fight that the suffragettes started a century ago,” said Congresswoman Maloney. “A woman’s right to vote is the only right we have guaranteed by the Constitution and that is not acceptable. We must not rest until full democratic rights are secured for women by passing the Equal Rights Amendment. With this legal bedrock, we will have the backing we need to fight the gender pay gap, sexual harassment & assault, and gendered pricing. Together, we can make history and create a more equitable world for generations to come.”

“We’ve made progress when it comes to equal rights for women in New York, but we still have a lot of work to do,” added Lieutenant Governor Kathy Hochul, who attended the bell-ringing event. “New York has the smallest wage gap in the nation, but the gap is still there. On Women’s Equality Day, we remember the sacrifices the suffragests made 100 years ago to secure full citizenship, and we continue to fight in their honor to reach full equality once and for all.”

This important report is spot on in its conclusion that final ratification of the Equal Rights Amendment (ERA) to the Constitution is the most effective solution to stop the Pink Tax and unequal wage and benefits,” said ERA Coalition Co-President and CEO Carol Robles-Román. “Americans overwhelming support equal rights in the Constitution: the report cites the ERA Coalition’s 2016 highly publicized bipartisan poll that shows that more than 90 percent of Americans believe that the Constitution should guarantee equal rights for men and women. We call for passage of the ERA so that women are recognized by the US Constitution, thus giving women equal legal and economic standing.”

“On Sunday, August 26, we celebrated and honored the 98th anniversary of women’s patriation and access to the ballot box,” said National Organization for Women (NOW) President Toni Van Pelt. “In its honor, NOW we’re announcing our agenda for our “2020 vision” which we hope to achieve as we celebrate the centennial of our emancipation in two years. Part of our “2020 vision” includes recognizing the Gender Pay Gap, which can cost women well over half a million dollars over a lifetime. The Pink Tax only adds to that. NOW members and supporters in every state will be united and forceful as we work for this vision and we will be joined by coalition partners as we work for legal, economic and social justice, safe schools and communities and fair treatment for all in a world where we revere our land and our people.”

The ERA is a constitutional amendment which would prohibit denying or abridging equal rights under law by the United States or any state on account of sex. This critical amendment would guarantee the equal rights of men and women by: