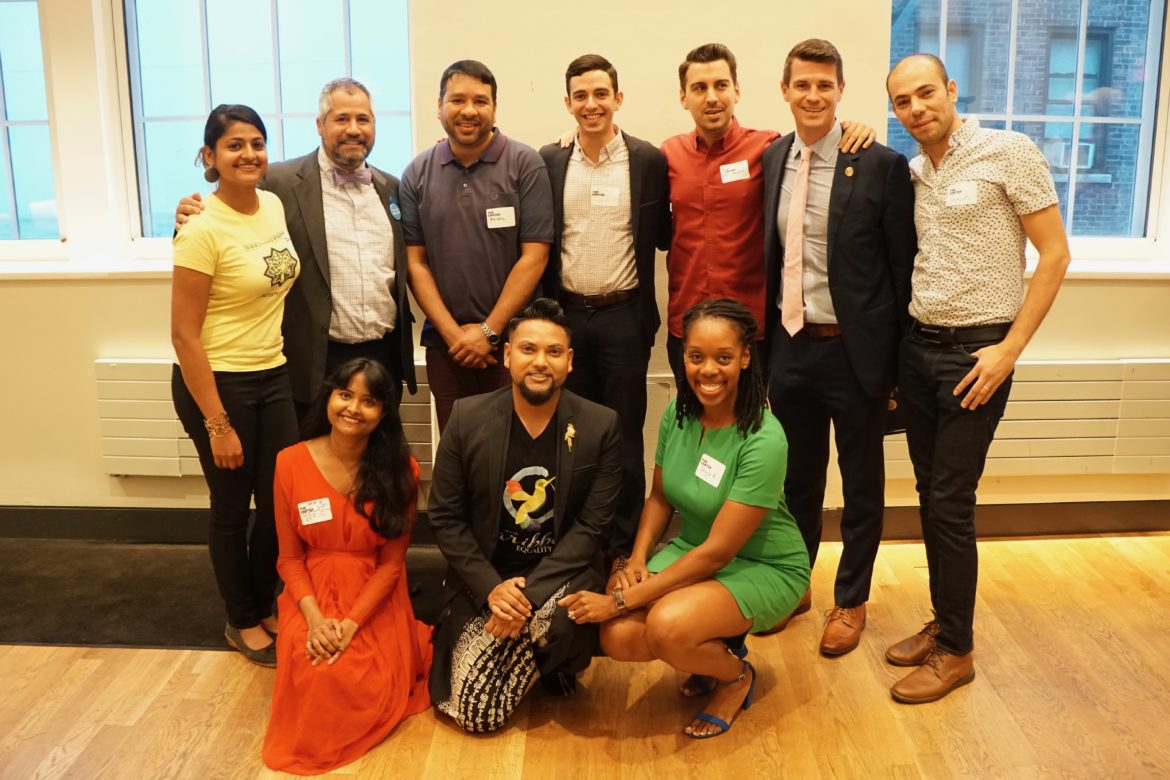 On June 7, 2018 over 100 people attended the second annual LGBTQAI+ Muslims and allies Iftar at the Lesbian, Gay, Bisexual & Transgender Community Center in New York City. Seven separate organizations–both religious and secular–came together to organize the sold-out event, which had an additional 41 folks on the wait list and 34 more who asked to be notified of similar events in the future. That number doesn’t include the countless others who didn’t join the waitlist after the event sold out in hours, but reached out personally to organizers like myself. 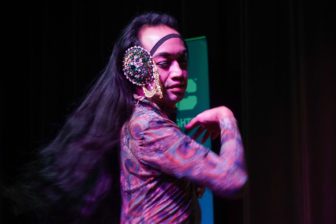 I was honored to represent two of the seven organizations: Young Feminists & Allies, National Organization for Women’s (NOW) Inaugural Virtual Chapter; and The Nur Ashki Jerrahi Sufi Community. Annmarie Zhati Agosta, a longtime member of The Sufi Order, describes the organization as “an inclusive body of sufi dervishes led by Shaykha (female religious leader) Fariha al Jerrahi. While our dervishes comprise members of all religious traditions, we strive to practice Islam in the noble way of the original vision of the Prophet Muhammad (PBUH), free from worldly convention and limited religion.” I share Ms. Agosta’s gratitude that Shaykha attended Thursday’s event, which confirms to queer Muslims that they are welcome at the Sufi Center.

The five other organizations included the New York City Commission on Human Rights, which has been a trailblazer in protecting the rights of both Muslims and LGBTQAI+ folks. Commissioner Carmelyn P. Malalis gave an impassioned speech to affirm the rights of every New Yorker to live free of discrimination. She urged us to contact her agency if we experience or witness any form of bias based on a person’s religion, gender identity or sexual preference.

The event had additional governmental support from David Turley, of Governor Cuomo’s office, who stopped by unexpectedly to present two separate proclamations from the Governor about Ramadan and Pride Month — both of which were firsts for the office.Thursday’s event also included remarks by other organizers, along with an Islamic call to prayer by a woman (which is uncommon in most Muslim spaces). She then led the dusk prayer for Muslims in a dedicated mixed gender room — another rarity.

After the prayer, attendees representing a wide range of ethnicities, genders, sexualities and ages were treated to delicious Thai food. As organizers, we asked that the non-fasting attendees wait to serve themselves in the buffet-style meal until those fasting had an opportunity first. While we ate, we enjoyed performances by two seperate queer performers: Mark Balahadia and Sean Kulsum. Both performed dance pieces traditionally reserved for women in Arabic and Indian cultures, respectively. The evening’s program also included a fun icebreaker and scheduled time for dancing. Bashar Makhay of Tarab NYC DJ-ed for the guests, with a mix of Arab pop music and Cardi B.

Thursday’s event was the third time The LGBT Center organized an event for queer Muslims, all of which sold out in hours. In June of 2017, The LGBT Center partnered with the Commission on Human Rights to organize the first-ever Iftar celebration at its West 13th Street location. After being waitlisted for the sold-out event, I reached out to the organizers to help spearhead the Eid celebration that followed three months later.

I understand the need for safe spaces for queer Muslims, since I began organizing LGBTQAI+ Muslims and allies events a year earlier. In 2016, I helped organize an Iftar and two Eid celebrations through the Young Feminists & Allies NOW Chapter, in partnership with Muslims for Progressive Values. Dozens showed up to the potluck events in Washington Square Park, mostly who heard of it from word of mouth. Some attendees traveled from Connecticut and Pennsylvania because they lack safe spaces in their states.

Many of the attendees expressed how grateful they were to find a space that not only accepted, but celebrated all of their identities as LGBTQAI+ Muslims. In addition to experiencing Islamophobia like other Muslims, Queer Muslims must cope with the additional oppression of homophobia from within Muslim communities. Safe spaces like these are crucial for folks who must overcome many obstacles. “For those of us who live in liminal spaces, an event like this one is deeply meaningful,” Ms. Agosta said. “Too often, we are defined by the groups that we belong to, along with assumptions about some of these groups being mutually exclusive. The only place that I personally have ever felt completely embraced for all of the aspects of who I am has been within our (Sufi) dervish community. In the dergah (Sufi Center), I do not cease to be queer, I do not cease to be genderfluid, I do not cease to be Christian, or Muslim, or Wiccan … but somehow, all of these distinctions transcend boundaries and take on a new life of their own … they are able to dance freely in the Open Space beyond religion, where they weave into a greater tapestry of Love.” I have had a similar experience at The Sufi Center, which has the unusual characteristic of having a female leader.

For those who missed the Iftar or are longing for safe and affirming spaces, they should RSVP to The Sufi Center’s Eid brunch on Friday, June 15. The Sufi Order also hosts chanting and whirling sessions every Thursday, which are open to the public.

The seven organizations that helped organize Thursday’s event are excited to make this an annual event, but I don’t want to wait until 2019 to plan other events. Although queer Muslims face formidable obstacles, there are resources out there that can help, and we need to create, foster and publicize those safe spaces.