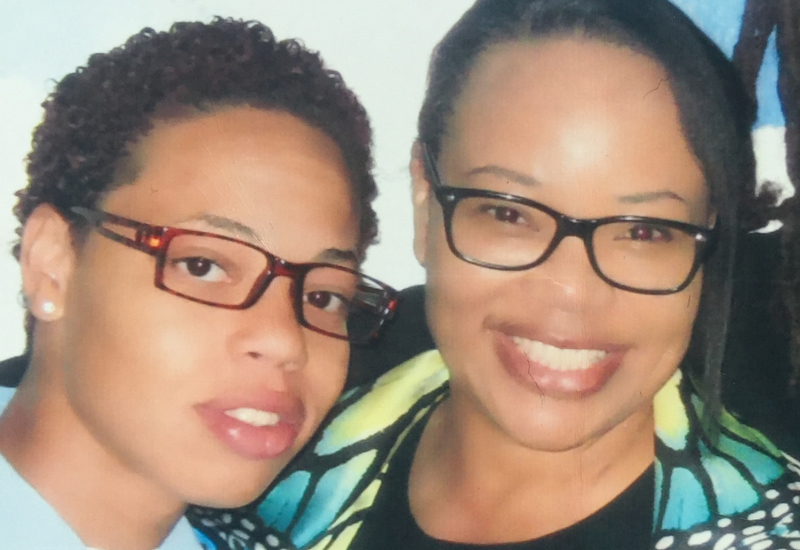 Sheri Graves (on right) with her daughter Shaylene at the California Institution for Women, March 2016.
Politics

In January, suicide-prevention practices at the California Institution for Women were found to be lacking. Now, two suicides and 10 attempts later, an advocacy group is petitioning state lawmakers to do something.

SAN JOSE, California (WOMENSENEWS)— On June 1, when the phone rang at 6:30 in the morning, Sheri Graves thought it was her daughter, 27-year-old Shaylene, making her daily call from prison.

But Shaylene’s bubbly greeting wasn’t on the other end of the phone. It was a prison official, calling to tell her that her daughter had committed suicide the night before in her cell.

“I couldn’t believe it because I had just spoken to Shaylene and we were planning her release party, she was six weeks away from being let out of prison,” says Sheri Graves, 50, who lives in Jurupa Valley, California.

But inside prison Shaylene Graves, who had been serving time for being the driver in an armed robbery in 2008, was having problems with her cellmate in the days leading up to her death.

“Shaylene’s friends have called me from inside the prison telling me that she asked repeatedly to be moved from the room with the new cellmate. But no one listened,” says Sheri Graves.

Shaylene Graves’ death occurred in the California Institution for Women, or CIW, a crowded, all-female facility in Corona, in the southern part of the state.

Hers is the second known suicide this year at the facility, which has 1,882 inmates. CIW was criticized in January by a statewide audit for mishandling the mental health care of its prisoners, a group that has been found, nationally, to suffer a strikingly higher rate of disorders.

By June 1 at least 10 other women at the same prison had attempted to kill themselves so far this year, according to the California Department of Corrections and Rehabilitation.

The California Coalition for Women Prisoners, a prison advocacy group, says in 2015 the suicide rate at CIW was more than eight times the national rate for people in women’s prisons and more than five times the rate for all California prisons.

For a 13-month period starting in May 2015, the prison saw 36 suicide attempts, according to a data tool run by the California Department of Corrections and Rehabilitation.

The only other all-female prison in the state, the Central California Women’s Facility in Chowchilla, has more inmates, an average of about 2,800 prisoners a month. It saw no suicides and 11 attempts in the same 13-month period, according to the same data tool.

Folsom State Prison, which houses male and female prisoners, saw one suicide and one attempt among its approximately 500 female inmates.

The actual number of suicide attempts are lower than what is reported on the data tool, Vicky Waters, a spokesperson for the state prison authority, tells Women’s eNews, because cases “are evaluated thoroughly to determine treatments needed for the inmate, and in those evaluations, the attempt may be re-classified, hence the difference in some of the numbers.”

However, advocates at the California Coalition for Women Prisoners say the California Department of Corrections and Rehabilitation actually underreports suicide attempts. Members of the grassroots coalition, based in San Francisco, are both inside and outside prison. Part of its mission is to follow up on suicides and attempted suicides and meet with inmates.

Through an online petition, the group is asking California Gov. Jerry Brown and a State Senate committee to investigate “the ongoing failure of CIW and CDCR to prevent these tragic and untimely deaths.” More than 13,500 have signed the petition.

Lindsay Hayes, a nationally recognized expert in the field of suicide prevention within jails, prisons and juvenile detention, performed the audit. By court order he has monitored suicide prevention practices at other prisons in the state.

His report also found that staff at the California Institution for Women recorded more than 400 emergency mental health referrals for suicidal behavior in a six-month period in 2015, only nine of which entered the mental health tracking system.

The staggering disparity in the data indicates that staff was not completing required forms to refer inmates for mental health services, Hayes found.

In an email response, Waters, the spokesperson for the state prison authority, said prison staff is improving the way they log and keep records, including the ones criticized by the Hayes report.

Colby Lenz, a Los Angeles-based legal advocate with the California Coalition for Women Prisoners, says the prison is still not doing enough to address administrative problems and staff attitudes. She says inmates at the California Institution for Women and other prisons have told her that if they complain about the conditions in their cell or say they will commit suicide, officers won’t believe them. Instead of finding help, women who reach out risk getting barred from group programs, losing telephone privileges and spending almost all of their time in their cells, segregated from other people.

Lenz points to the case of Kathy Auclair, who tried to hang herself in the shower inside the California Institution for Women on April 21. She had had a history of mental health problems and had recently been on suicide watch.

Lenz met with Auclair after the suicide attempt and says Auclair asked nine correctional officers for help and told three other officers she was going to hurt herself. Instead of referring her to a mental health specialist, they put her in an isolated cell.

“Kathy’s requests were not taken seriously and finally she couldn’t take it anymore,” says Lenz.

Waters did not comment on Auclair’s case or on any other specific prisoner cases, citing privacy requirements. “Specific information on patient’s medical records… is protected under the federal law HIPAA,” Waters said, referring to the Health Insurance Portability and Privacy Act.

Lenz says there is also a problem when inmates “finish up” a course of treatment and stop seeing a mental health specialist. If they develop new issues, she says, they often rely on prison guards to relay their problems, which doesn’t work. “Many of the women are practically begging to get treatment, but many guards just pass it off as the women using mental illness excuses to get attention or be manipulative,” says Lenz.

The Correctional Department’s mental health policy manual allows inmates to seek a clinical interview to discuss their mental health needs. And these “self-referrals” are supposed to be collected on a daily basis from each housing unit and processed the same way as correctional staff referrals.

Waters, of the prison authority, says both custody and mental health staff at the California Institution for Women meet monthly to review and address incidents of self-harm and suicide. “All custody, mental health and medical personnel have received additional training on suicide prevention and early warning signs and symptoms,” she says.

Michael Bien, a legal advocate for better mental health treatment of prisoners, was a lead attorney in Coleman v. Brown, a 1995 class action lawsuit between a group of prisoners with severe mental disorders and the state of California. The judge in the case determined that the California Department of Corrections and Rehabilitation was not providing adequate care to prisoners with mental illness.

The case is ongoing with a special representative designated by the court to monitor and report on the Corrections Department’s compliance with the court order.

“Ninety percent of contact with prisoners is with correctional staff and these people get no clinical training. They are taught to be tough and restrain inmates,” Bien says.

Correctional officers are not allowed to make judgements on suicidality and must record and report any information they hear or see, Bien says. State policy says all staff must refer an inmate for mental health services if “an inmate verbalizes thoughts of suicide or self-harm behavior.”

But prisoners can be inhibited from saying anything. “Guards make it unpleasant for people who talk about suicide. It is a way of discouraging people to come forward,” Bien says.

Bien adds that it’s tough to change attitudes and the culture inside prisons, especially when those changes are being ordered by a court.

Lenz and Bien both say crowding at the California Institution for Women, as in most California prisons, strains mental health services and worsens the general attitude of staff.

The California Institution for Women is at 135 percent capacity, according to the Corrections Department’s monthly prison population report for July 1. That is slightly under the 137.5 percent mark that a court ordered in 2013 for all California prisons, but Bien says it is too high and beds in the higher levels of mental health services can run short.

The California Institution for Women currently has 118 mental health staff, most of whom are full time, says Waters. But most of them, 71, are psychiatric technicians with limited training and authority. There are four full-time psychiatrists and 22 full-time clinical psychologists.

Inmates have their own reasons for avoiding treatment. Lenz says that women at CIW have reported being strip searched when they exit or enter their housing units.

The Correction Department’s Waters says these unclothed body searches are not supposed to be conducted if an inmate is to been seen by mental health staff.

“That might be their policy, but it is not their practice,” says Lenz, adding that prisoners have told her that correctional staff can conduct the strip searches if they “deem it necessary.”

Family members of Erika Rocha, a 35-year-old woman who was found hanging in her cell on April 14, 2016, say she didn’t receive proper mental health treatment at CIW and that it led to her worsening health and eventual death.

According to her stepmother, Linda Reza, Rocha was scheduled to be released from prison in October.

Lenz says she met Rocha many times over the years. “Erika openly talked about attempting suicide because of the trauma she had suffered as a youth and for being in solitary confinement for so long,” she says.

Reza, Rocha’s 53-year-old stepmother, went to visit her in April 2013. “She had just gotten out from six months in the SHU and she was not right, very panicky and paranoid,” says Reza, who started taking care of Rocha when she was 13. Rocha’s mother died when Rocha was 7 and her father was in and out of prison. “She ended our visit early and I knew the SHU had made her condition worse.”

“A week before she passed she had been released from suicide watch and that is when they changed her medications,” says Reza. 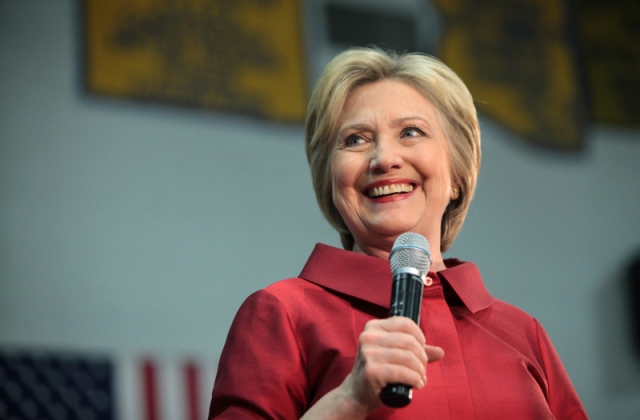 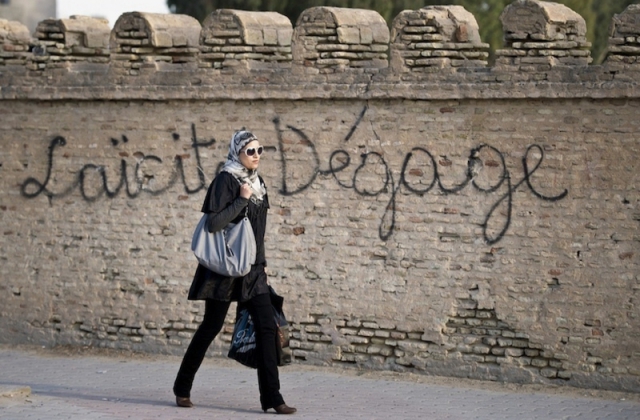