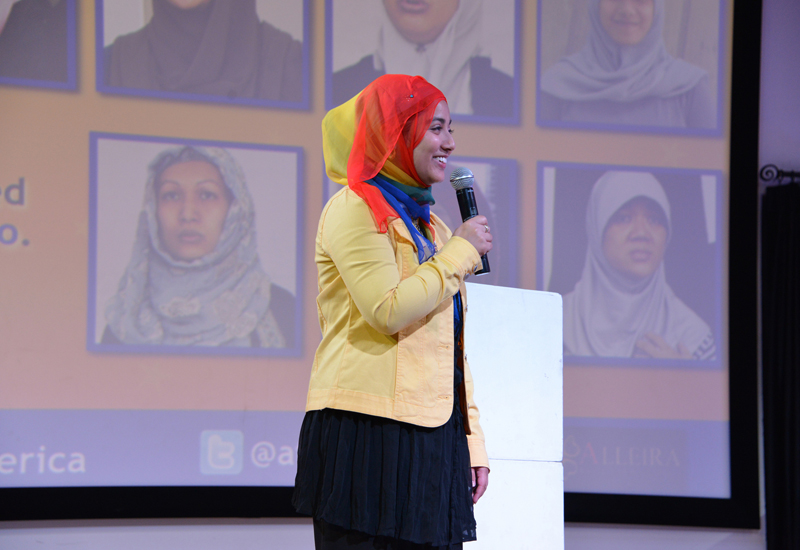 Sahar Ishtiaque Ullah, co-founder of the Hijabi Monologues, at an event in Jakarta, Indonesia.
Arts & Culture

Muslim Women Tap the Power of Telling Their Own Stories

The Hijabi Monologues uses entertainment while other programs take a different approach, but the goal is the same: to share the diverse lived experiences of Muslim women.

(WOMENSENEWS)— A petite woman, dressed in black save the white silk scarf wrapped around her head, takes her place at the center of a stage.

“Do you know what it’s like to represent a billion human beings everyday you walk out of your house?” she asks the audience. “To be looked at as a representation of an entire world religion? It’s exhausting…I’m tired,” she goes on.  “I’m tired of not going to class because I didn’t do the reading, and if I don’t say something brilliant, my silence will be attributed to being inherently oppressed by my men, religion and clothing, rather than the fact that I was on Facebook the previous class for 90 percent of the time.”

“I’m not another angry Muslim, I’m not a bad example, a good example, I’m not a representation, I’m just a human being,” said Sahar Ishtiaque Ullah, closing her monologue.

Ullah, a Ph.D. candidate and teacher at Columbia University who is originally from Florida, was a speaker at a panel of storytellers at this year’s U.N. Commission on the Status of Women, which took place in March.

Ullah and the other panelists discussed various platforms of creative expression taken on by Muslim women in an attempt to empower themselves and to change the discourse around what it means to be a Muslim woman.

“I think Muslim women have always been in charge of their own narratives,” said Ullah. “Growing up, it was our mothers, our aunts, our sisters who shared stories in our communities, the rest of the world doesn’t see that.”

Ullah explains that’s why when she crafts a show it’s important for her to have a range of emotions and to share a collective experience with the audience. “So not just the tragic, which I think people are more accustomed to hearing about Muslim women,” she said.

There are 1.6 billion Muslims in the world, more than a fifth of humanity, but in a time of rising Islamophobia, the dialogue around Muslim women is often either tied to radicalism or oppression.

Ullah and the other panelists talked about how storytelling is a powerful tool in relating the broader realities of Muslims, especially Muslim women.

“Story telling is transformational,” said Cailey Cron, a project specialist at StoryCorps, a nonprofit organization that records, preserves and shares stories of everyday Americans from diverse backgrounds and beliefs across the country. “Through sharing these stories we are humanizing important issues and creating a more just and compassionate world.”

Ullah started the Hijabi Monologues with two friends while studying at the University of Chicago. For Ullah, a Muslim woman who wears the hijab and grew up involved in theater since childhood, the Hijabi Monologues allowed her to address the problems she saw in the representation of Muslims in both media and academia. Those portrayals bore no resemblance to her own experiences.

Ullah said she has come to love live theater as a better way to relate to an audience of all people– men, women, Muslims and non-Muslims.

“I loved theater and was very involved when I was young, but as I grew older I felt like there weren’t roles for me in a theater space,” said Ullah, “so this allowed me to tell these stories and get back to a space that means a lot to me.”

While the Hijabi Monologues aims to share lived experiences in an entertaining way, other programs take a different path.

Aisha Al Adawiya, founder and chair of Women in Islam, an organization that focuses on human rights and social justice, said her organization began after 1992 in response to genocide and gender-based violence against Bosnian Muslim women during the war. The group is based in New York but organizes initiatives nationally and internationally.

At first Al Adawiya and the other founders began discussions about reclaiming their religious heritage in relation to how women access the mosque and other Islamic organizations.

“We no longer want to be seen as second-class citizens in our spiritual spaces,” Al Adawiya said. “We wanted not to reform Islam, or to create a ‘new’ Islam or an ‘American’ Islam, but rather we wanted to reclaim the legacy of the Prophet Muhammad and to garner that example which was very inclusive of women in the mosque. So we root our work in our Islamic tradition.”

Maha Marouan, director of Women in Islam, also spoke at the panel and said their Muslim Women Story Lab workshops are full of different perspectives. The point is not to agree on everything, but to have a space to themselves where they can talk about issues important to the community, she said.

Ullah agrees that dialogue is healthy for community building. “I feel that when women are empowered, it’s always good for the community,” said Ullah, citing Islamic history during the time of the prophet when women in the community were empowered to own property, to defend their own bodies and to choose whom they wanted to marry.

“I sometimes get annoyed when people are like ‘well Islam gave us all these rights all these hundreds of years ago’…I mean, there’s the abstract, but how do we live it? I can draw inspiration, but I also have to live it and practice it and that’s what’s needed today.”

Ullah said panels like the one at the U.N. this spring are an important opportunity to highlight voices that are not being heard and decrease the stigma about women in Islam.

“When people talk about Muslim women’s oppression they think, over there really far away in the mountains of Pakistan or among tribes in different countries in Africa,” said Ullah.

Ullah gives the example of sexual harassment cases in Muslim-American communities. “When Muslim women want to speak out, there’s a reaction from within the community that says, ‘think about representation, think of what people will say, this will feed into Islamophobia.’ So that’s another level of, what do we do then?” 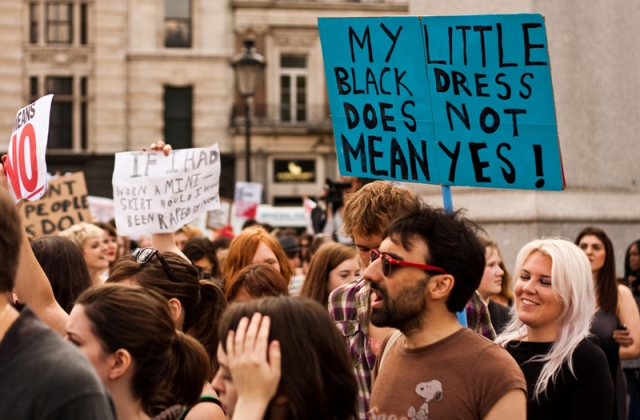 All Points Callout: We Need to Build a Culture of Consent 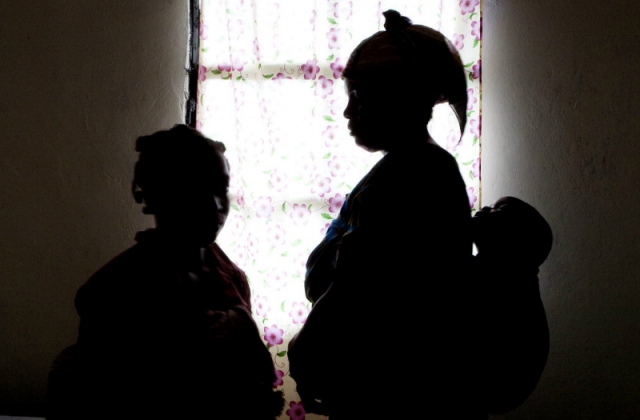