Runners Without Borders provides a dose of normalcy that’s not always easy for its members to handle. “Some of our friends think that this is disloyal to the Palestinian cause,” says the mother of one girl. “It isn’t always comfortable for us.”

JERUSALEM, Israel (WOMENSENEWS)–On a recent crisp and cold Jerusalem evening, six female teens ran on the track at the Hebrew University stadium, training for the Jerusalem marathon on March 18.

They warmed up gently, then ran hard, with their long ponytails flopping in the brisk wind, and their coach running alongside and offering encouragement.

Pleased with their achievements, they cooled down and embraced and gave each other hi-fives, just like any other group of highly motivated girls who love to run.

But this group isn’t just any other girls’ running group. Part of Runners Without Borders, it’s made up of Jewish and Palestinian girls from West and East Jerusalem; two sides of a divided city.

Runners Without Borders was inaugurated during the summer of 2014, in what seemed a particularly inauspicious time.

Tensions were high after three Israeli youths were kidnapped near Jerusalem and murdered by Palestinian extremists, and a Palestinian teenager from Jerusalem was kidnapped and burned alive by Jewish extremists in retaliation. Then came the 50-day war in Gaza.

But Shoshana Ben-David, now 19 and volunteering with deprived children before beginning her compulsory military service, was undeterred. "I felt that I had to do something about the terrible political situation. I wanted to find a way to make things better," she said in an interview.

A long-distance runner, Ben-David thought that setting up a runners’ group, as part of a school activism project, "could kill two birds with one stone," she said. "I also wanted to do something for teenage girls because I saw that girls do a lot less sports than boys."

Ben-David went from school to school, in both East and West Jerusalem.

Although officially united under Israeli law, Jerusalem is a nationally, politically and culturally divided city. Following Israel’s 1948 War of Independence, armistice agreements handed East Jerusalem to Jordan and West Jerusalem to Israel; barbed wire and ugly swaths of no-man’s lands cut across the city. In the 1967 war, Israel recaptured the Old City and the East from Jordan, annexed it and decreed Jerusalem unified.

Most Palestinian residents of the city live in East Jerusalem and consider themselves to be under Israeli military occupation. Officially, the 300,000 Palestinians of East Jerusalem, about 37 percent of the city’s population, are "permanent residents," a status that entitles them to work and travel freely throughout Israel, to receive welfare and health benefits and to vote in municipal (but not national) elections. In practice, East Jerusalem receives few public services and municipal expenditures have been, on the average, less than 30 percent of the investments in West Jerusalem.

Rozana Jaber, now 18 and a student at New College in Florida, was one of the first to sign up. As a Muslim living in East Jerusalem, Jaber said she hesitated at first. "I didn’t think it was a good idea. There was so much conflict in the city. But then I thought, why not? I wanted to train to run and I was curious about meeting Jewish kids."

In a telephone interview, Jaber said the girls in the group never discussed politics directly. "And yet the experience changed my life. I didn’t change my opinions — I still think that Israel is unjustly occupying East Jerusalem. But I met Jewish girls and we talked together and we laughed and so I came to see Jews in a different light."

Jewish student Ortal Magzimoff, now 17, joined the group last year and continues to be a member. "Some of my friends thought I was crazy. Others thought it was a good idea, but they were scared. But I really love running, and I thought that running in a group where I could meet Palestinian kids my age could be very important for me."

Coach Yael Berman, 27, a fashion designer and hi-tech worker, believes that running provides a "perfect sport" for girls and for learning about the other.

"Running is a very individual sport, but it can also be a group sport, where the girls help, support and challenge each other. Culturally, girls rarely have an opportunity to appreciate their physical strength. By running, they can build relationships without forcing them to talk directly about politics. It gives them a chance to appreciate themselves as girls, whether Palestinian or Israeli."

Berman coaches the girls in English; their only common language and a barrier-breaker because few of the girls speak it fluently, which means they help each other while experiencing their lack of fluency as something in common.

"The girls share the insecurity that girls everywhere face about being a young woman in a public space," she said in a phone interview. "On the other hand, they experience the power dynamics between the Jews, who are the majority, and the Palestinians, who are the minority. Running becomes a means for the girls to empower themselves and improve their body image while helping to bring these conflicted communities together."

The group can be described as a normalization effort, meaning any activity between Palestinians and Israelis that is not directly focused on ending the occupation. And that in itself can be seen as highly political.

Many Palestinians oppose "normalization," said the mother of a girl who has participated in the group, who spoke on the condition of anonymity. "We think it is important for our daughter to get to know Jewish people. But some of our friends think that this is disloyal to the Palestinian cause. It isn’t always comfortable for us."

Nor can the girls talk, at least not overtly, about the fact that most of the Jewish girls will, soon after finishing high school, be conscripted into the Israeli army and join, in the eyes of the Palestinians, the occupying forces.

"It’s a sensitive issue," said Jaber carefully. "Shoshana [Ben-David] and I became very close and we are still good friends. I understand why she does what she does. But I can’t agree with it."

The group meets in West Jerusalem because there are no adequate sports facilities or tracks in the East. Most Palestinian girls are uncomfortable going into West Jerusalem; while they might shop in the malls or business districts, they rarely if ever go into residential areas. Their parents drive them to training sessions, while most of the Jewish girls take public transportation.

Last year, the group ran along Jerusalem‘s pedestrian and bike path, which runs through both Jewish and Arab neighborhoods.

"It was nice to run there," said Magzimoff. "It’s pretty and out in the open, and people usually encouraged us."

But since October 2015, both West and East Jerusalem have become increasingly tense, as some Palestinians, many of them teens, attack Jewish passersby and some Jewish extremists retaliate by beating and harassing Palestinians on the streets.

In response to these increased security concerns, this year the group has been training at the stadium on the Hebrew University campus, which is patrolled by security guards.

"All these reasons combine to make enlisting the Palestinians more difficult," said Israel Hass, 38, in an interview. Hass, who is himself a runner and speaks fluent Arabic, met with Ben-David early on. Together they started the group and helped it register as a nonprofit organization. Hass is the director of Runners Without Borders, which now also includes a boys’ group, an adult men’s group and an adult women’s group.

"Since we broke for summer vacation, it has been harder to get the girls’ group to grow. Right now, we have about five Jewish and four Palestinian girls," he said.

Under Hass’ leadership, the group has begun a headstart campaign to raise funds to pay the coaches, to register for marathons in Israel and abroad and to purchase T-shirts with their own logos and other equipment.

"I don’t think we’ll bring world peace or peace to the region or even our city," said Coach Berman. "But being able to run and laugh together, just because we’re strong girls and neighbors — well, that’s a first step in a lot of good directions."

Would you like to Send Along a Link of This Story? https://womensenewsp.wpengine.com/2016/02/palestinian-israeli-girls-run-together-through-tense-times/ 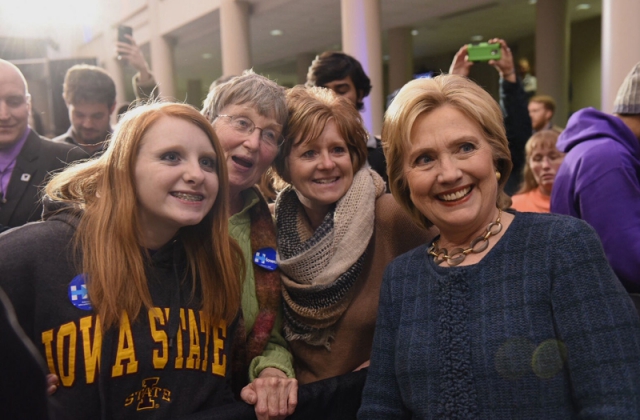 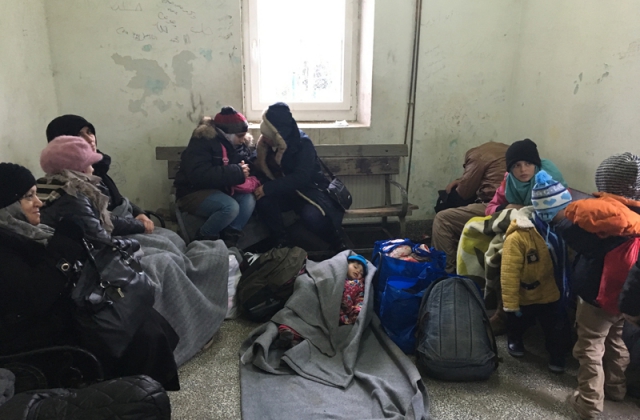 In Today’s Refugees I Am Finding My Mother’s Memories