Teens Are Starting to Study, Talk About Sex Trafficking

Advocacy groups are sending their curricula into classrooms as a way to prevent some of what the U.S. Justice Department estimates as 300,000 cases of sex trafficking each year in the U.S.

COLLEGE PARK, Md. (WOMENSENEWS)–Students at William Byrd High School didn’t used to think the words “sex trafficking” had anything to do with them or their rural, southwestern Virginian town.

Then their U.S. history teacher, Cristy Spencer, told them about Terrell Raschard Banker, a local man who enticed, kidnapped and forced a minor into prostitution last spring.

“I didn’t understand why we were going to be learning about something I didn’t believe happened in America,” senior Stephanie Brown said in an email interview. “I was horrified when I found out otherwise.”

Spencer gave the lesson as part of a high school curriculum created by the Frederick Douglass Family Initiatives, a nonprofit anti-trafficking and abolitionist organization based in Atlanta. Its curriculum aims to raise students’ awareness and help them protect themselves.

Estimates of those being sex trafficked globally range between 12 million and 30 million. Educators and advocates want U.S. teens to know the problem could be very close to home.

To this end, advocacy groups are bringing teacher trainings and curriculum to combat sex trafficking into classrooms.

The curricula distinguish between commercial sexual exploitation (someone having sex in exchange for money or something else of value) and sex trafficking, where a third party, such as a pimp or a boyfriend, benefits financially from sex between other parties.

“More organizations and schools are paying attention because they’ve heard about sex trafficking in communities through documentaries, through television shows,” said Ken Morris, founder and president of Frederick Douglass Family Initiatives, in a phone interview. “So there’s an awareness level out there that wasn’t there 15 years ago.”

His group’s high school curriculum initiative, Globalize 13, is named after the amendment to the U.S. Constitution that outlawed slavery.

Andrea Powell is executive director and co-founder of FAIR Girls, a Washington-based advocacy and education organization whose curriculum, Tell Your Friends, combines videos, art and songs. Students are invited to share their experiences on the topic with their teachers, including by anonymous notes.

Powell said she thinks no one else is talking to these students, which is why they are writing these anonymous notes asking for help.

Powell added that the curricula also causes reactions among boys. “I’m often surprised by how much boys want to take action on the issue,” she said “Boys can be victims too and that’s a very sensitive topic and we try to address that in our curriculum as well.”

In 2015, the National Human Trafficking Resource Center tracked almost 4,200 cases in the U.S. Ninety-eight percent of all sex trafficking victims are female, as are 80 percent of all people trafficked across international borders.https://www.dosomething.org/facts/11-facts-about-human-trafficking

In the U.S., runaways are often a target. “If [teen girls] ever run away from home they become very vulnerable and none of us are safe from this,” said Alejandra Sacio, outreach and engagement manager at Show of Force, the company that produced Nicholas Kristof’s documentary series “A Path Appears,” which examines the struggles women face in the United States and abroad. “We see people in the film that you could easily say, ‘this was my childhood friend.'” In early December, Show of Force launched its second set of educational materials for classroom use.

Internationally, women from rural areas of developing countries are often lured into commercial sex work through the promise of a job. Extreme poverty and the tendency by sex workers to hand down their occupation to their children are other causes, Sacio said in an email interview.

Spencer, the teacher at William Byrd High School, said many of her students have become engaged through their awareness after she taught Globalize 13.

“Kids are asking now, ‘Where should I get a major to pursue this aspect of trafficking?'” she said, about students’ interest in knowing what colleges will allow them to further their studies.

Brown, the student who was “horrified” when she learned about sex trafficking in the U.S., has taken the issue to heart. She spoke about it at a national anti-slavery conference held in Cincinnati this past fall.

“I think this topic is especially important for girls because no one ever thinks it can happen to them, but it can. If you’re not educated about sex trafficking, you will be a target,” Brown said in an interview.

Girls can be groomed for sexual exploitation without even realizing it, such as by dating someone who might actually be trying to sell them for sex, said Morris.

Based on calls it receives, the Human Trafficking Resource Center estimates that 91 percent of sex trafficking victims are female. The U.S. Department of Justice finds “as many as 300,000 children are at risk for sexual exploitation each year in the United States.”

Brown also does her best to make sure everyone in her life is aware of the dangers of sex trafficking. For example, when she works at Food Lion, a grocery store, she puts red Xs on her hands to encourage conversation about trafficking for End It, an anti-slavery movement.

“I’m constantly . . . teaching my friends and family how to identify a [victim] and what they can do to help them,” she said.

Brown thinks education about sex trafficking and exploitation should start sooner, as early as kindergarten. “Education is imperative to the abolition of all modern day slavery, even sex trafficking,” she said.

Brown’s classmate, senior Callen Buchanan, agreed. She said that if trafficking were taught from an earlier age and in a setting such as health class while students also learn about dangers like drugs and teen pregnancy, fewer students would dismiss it as a serious problem.

“People kept telling me, ‘it’s not here, it’s not a big deal,’ so they’re not sure why I’m worried about it,” Buchanan said. “Or they told me that there’s nothing I can do about it anyway, so there’s really no point in me trying.”

But like Brown, Buchanan is going out of her way to talk about the issue. “I annoy the crap out of people on social media and I spend a lot of time advocating for that kind of thing and making sure everyone knows to the best of my ability,” Buchanan said over the phone.

After she learned about the issue at William Byrd High, Buchanan raised nearly $1,000 for Frederick Douglass Family Initiatives through an art show last year.

Would you like to Send Along a Link of This Story? https://womensenewsp.wpengine.com/2016/01/teens-are-starting-to-study-talk-about-sex-trafficking/ 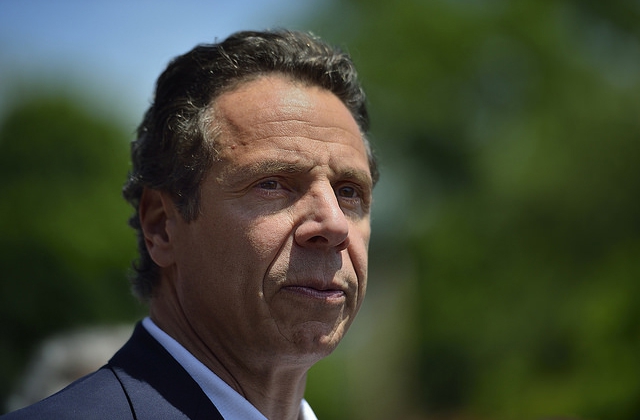