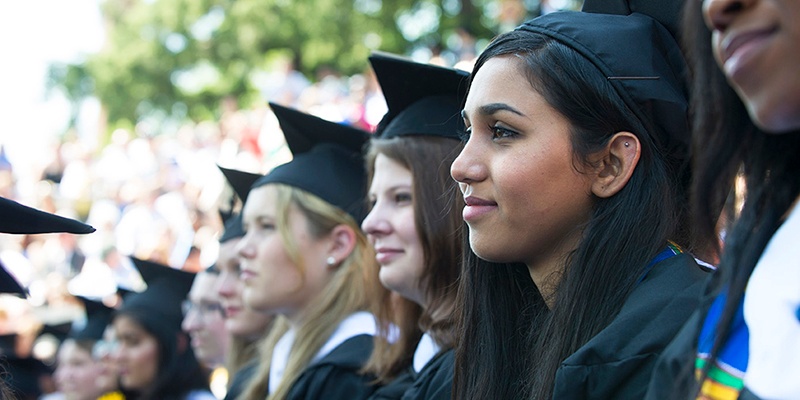 When Kate Valente packed for college, she did not pack pepper spray. Now, she may have to add to her packing list.

When Kate Valente packed for college, she did not pack pepper spray. Although the lists she consulted online for female college students always included pepper spray or mace for walking around campus alone, she said to herself, “That was not something I was worried about… I feel safe here.”

“Here” is the historically all-women’s Mills College* in Oakland, California. Since its founding in 1852, Mills has prided itself as a pioneer for all-women’s higher education, and has attracted women seeking a single gender collegiate experience from all walks of life. Valente joined this legacy precisely because of the lack of men on campus, and the sense of safety it fostered for her and her female peers.

Now, she may have to add to her packing list.

On Tuesday, September 14, Mills officially announced plans to merge with Northeastern University, putting an end to its status as a single-gender degree granting institution. With the imminent arrival of male students on Mills’ campus, Valente worries that the dynamics within the classes will change as well— that male students will talk over her and dominate class discussions, or that she won’t feel as comfortable speaking up as she had previously.

Her concerns are well-founded. Irena Huang, a Mills alumna who, after graduating in 2018, attended a Masters’ degree program at the (co-ed) University of Chicago, found differences in her two academic experiences from the outset. “I definitely spoke less in class (in graduate school),” she said, “I felt like my opinions mattered less.” Her education at Mills, by contrast, was defined by a constant sense feeling free to “say what you wanted to say,” in an always-safe space. “I worry that becoming a gender inclusive institution is going to change that fundamental aspect of a Mills education,” she said.

The merger with Northeastern has been in the works since June 2021, when Mills President Elizabeth Hillman announced the beginning of formal discussions with the Boston-based university. Like a slew of other small, liberal arts colleges losing money during the pandemic, Mills has been struggling to remain financially viable during COVID-19— but their money concerns really started long before that.

In May of 2017, Mills first declared a financial emergency, and announced plans to lay off faculty and redesign the curriculum in order to increase enrollment. Since then, however, Mills’ financial situation has continued to deteriorate, the signs of trouble visible even to new students like Valente. For example, upon her arrival on campus this year, she discovered that the entire housing department had resigned a week before classes were set to start. For weeks, students’ key cards weren’t working, but there was no one there to fix the issue. (It has since been resolved.) “The fractures were evident,” said Huang. “With hindsight, I can see the basis where the decision to close would come from.”

Thirty years ago the college first attempted a transition to co-ed schooling for financial reasons. The move had worked for a number of other historically all-women institutions in the previous years: between 1967 and 1991 at least a dozen single-gender schools went co-ed, mostly for financial reasons, including Vassar College, Skidmore College and Sarah Lawrence College. The trend didn’t stop there, however. In the last 50 years, the number of all-women’s colleges in the U.S. has decreased by over 80%.

Back in 1990, when Mills first tried to go co-ed amidst a wave of other schools doing so, the administration was swiftly met with sixteen days of protests by students demanding the school remain single gender. The college gave in, albeit begrudgingly. Now, however, they are standing firm in their decision. In her September 14 letter to the Mills community, Kathleen Sanborn, Chair of the Mills Board of Trustees and a Mills alumna herself, wrote:

“We have studied opportunities and possibilities, and we have scrutinized the College’s finances throughout. We have faith in the College’s leadership but we study, debate, and verify. The board has made its decisions based on facts… Let me be clear: Mills has experienced a systemic financial imbalance for decades. The current dynamic in higher education has pushed Mills to a point of unsustainability.”

This is unfortunate, since graduates of all-female schools tend to be highly satisfied with their educational experience and are statistically more successful after graduation. According to the Women’s College Coalition, women-only college graduates are more likely to pursue a graduate degree, and graduates of color in particular tend to pursue STEM degrees at a much higher rate than in co-ed schools (34% to 19%). Further, graduates are more likely to succeed in male-dominated fields and are six times more likely to be on the boards of Fortune 1000 companies. Additionally, and perhaps most importantly, the risk of sexual assault— 26% of undergraduate women at co-ed schools— is far lower at all-women’s institutions. Wellesley College, for example, reported only a 14% sexual assault rate.

Even Huang, who mourns the loss of such a safe and formative space, recognizes that the merger might be the only path forward for those still at Mills, due to financial reasons. “I’m hopeful that it’s good for faculty and staff,” she said, “I know that they’ve been denied pay raises and their retirement fund matching stopped for a while… it would be great if Northeastern could recognize their union.” But when it comes to students, she says, “I’m not sure… I think if I was a current student, I would be scared.”

“[I] just wish that they kind of listened to what we thought was special about the college a little bit more,” Valente said, sadly. “I don’t think anyone took our interests into consideration, and stopped to ask us, ‘hey, what do you want?’”

*Mills College is a historically women’s college, a term often used by recent alumnae to honor that Mills began as an educational space for women and has since expanded its definition. It is now a protective educational space for women and those who don’t identify with the gender binary, including trans, non-binary, gender fluid, and gender nonconforming students. In 2014, Mills College was the first women’s college to introduce a transgender admission policy, its website stating that it is an institution that has “historically served women… Mills admits self-identified women and people assigned female at birth who do not fit into the gender binary.” Many students don’t identify as women and don’t use she/her pronouns. While this article uses the language of “single-gender” and “all-female,” we’d like to acknowledge that Mills College also serves students and alumnae beyond the binary and strives to be an inclusive space of learning. 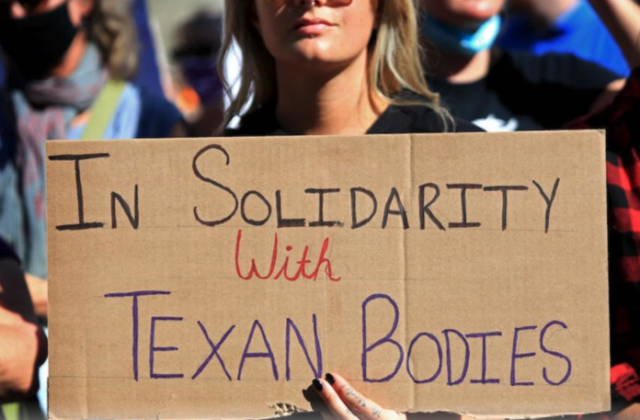 Longing to Leave Texas? These Firms Can Help!