Mothers of Children with Autism Deserve Some Relief

Most often, they bear the burden of caretaking stress. There are policy and funding remedies to pursue, such as those announced by Hillary Clinton yesterday. There’s also just being aware and taking the time for acts of kindness.

(WOMENSENEWS)–Autism, which has been diagnosed in more than 2 percent of the population, isn’t easy on anyone.

For caretakers, it’s demanding on both parents as well as other family members.

But mothers, most often, are bearing the brunt because they are usually the primary caregivers.

Mothers of children with autism experience more stress, physical illness and psychiatric concerns for themselves than do parents of children who are typically developing or have other developmental differences.

Study after study demonstrates the increased physical, emotional and mental stress that parents of children with autism experience. Dr. Marcia Malick Seltzer of the Waisman Center at the University of Wisconsin-Madison has done extensive research examining the impact of caring for individuals with developmental disabilities, including autism.

As a developmental pediatrician for the past seven years, I see the stress experienced by parents and family members of children with autism, particularly mothers. In addition to caring for a child with autism, these mothers are often working, raising other children and dealing with the daily tasks of maintaining a household.

Stress starts early, is ongoing and is different for every family. But I see common reasons for this stress, and ones that we can target for improvement.

Stress ignites when parents are first concerned that something is not going as expected with their child’s development. Some mothers have told me that they were worried about their children as early as during the pregnancy, as something did not seem right to them. It then continues during the diagnostic process and beyond.

Understandably, stress can be about what I may tell them as a physician and how they are going to pay for therapies for their children. For families with private insurance, parents of children with autism had medical expenditures that are approximately four to six times greater than children without autism. This translates to an additional $4,110 to $6,200 per year per child.

Families, and particularly mothers, are anxious that they caused – by their inaction or behaviors – their children’s developmental differences.

In addition, families are rightfully fearful that their children may be bullied or ridiculed by other children, and they fear what a “label” means for their children’s futures.

They also worry that their children might not overcome their delays and catch up to their peers. They ponder what to expect for the future and ask themselves how they will care for their children with autism as adults. They wonder what will happen to their children after they are no longer here.

We Can All Help

They likely fear all of these things at different times. These fears are understandable. And as physicians, service providers and members of communities, we can make it better for families. Legislators can also help, such as Hillary Clinton’s autism proposal announced this week to increase early screening, treatment and funding for autism research, and a greater focus on services.

We can start by providing more community supports for families of children with autism, such as one-stop centers for diagnosis, treatment and family support. Often, parents go to one place for a diagnosis and then are given referrals to outside providers for ongoing therapies; if they are able to access therapy.

Insurance and cost of therapies for autism are not accessible to everyone, so we can advocate for state and federal funding to support them. In Illinois, these organizations are at risk of losing $4.3 million in funding through Gov. Bruce Rauner’s proposed budget.

As a society, we can take away the stigma associated with autism. To do so requires increased awareness of what autism is. Researchers have found that an online curriculum is one way to reduce stigma on college campuses. This can be extended to elementary schools as we think about ways to prevent and combat bullying.

We can stop blaming parents — particularly mothers – through theories that lack evidence such as Bruno Bettelheim’s “refrigerator mother” theory as a cause for autism. Theories such as these have perpetuated a devastating history of blame for autism.

In reality, parents are often demonstrating heroic efforts of advocacy for their children that are undermined by theories that lack evidence. When theories such as these arise, we need to ask for evidence.

As citizens, we can be kind to our neighbors, coworkers and the mother we may not know whom we see struggling with her child at the grocery store or other public places. Instead of staring at the child who may have heard a loud noise or been overwhelmed by something in that space, we can ask if there is anything we can do to help. We can show kindness instead of judgment.

Activist, author and humanitarian Zainab Salbi describes it this way in her essay, On Kindness: “Could it be that kindness is as simple as showing up fully and taking a moment to consider what the other person needs? I think it may be as simple as this indeed.”

These kindnesses may manifest as practical advocacy for legislation that supports services and funding for children with autism to the simple gesture of helping a mother who is struggling with her child as they try to leave a fast food restaurant.

It all will help. 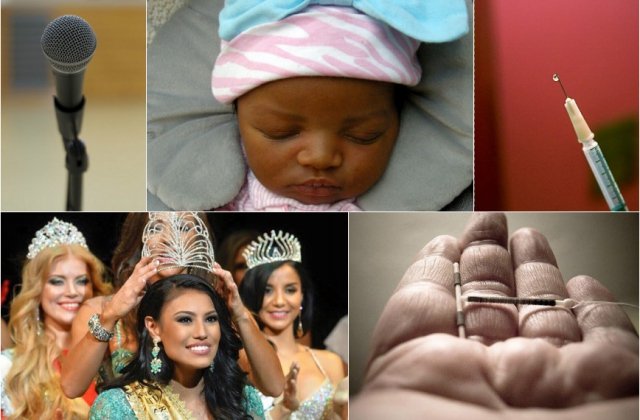 Hackathons 2016: A Lookout Guide for All Girls