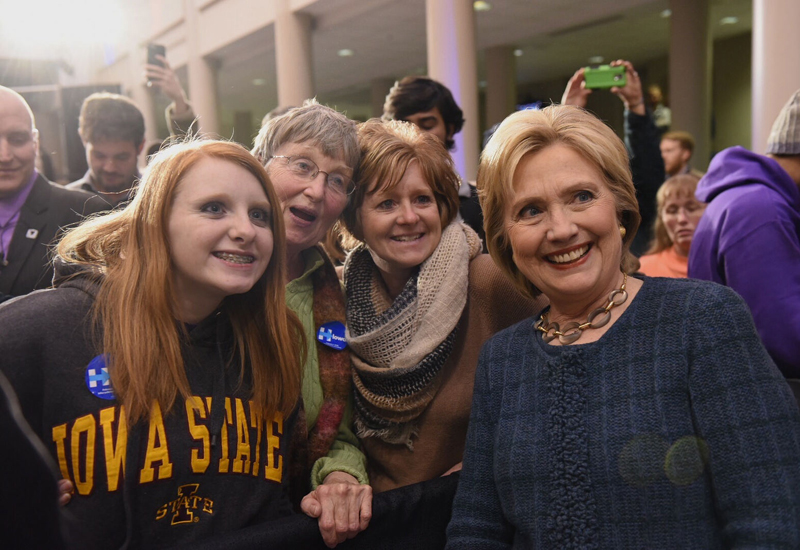 With the Iowa caucus fast approaching on Feb. 1, eyes are turning to millennial women and whether the Democratic frontrunner can win the support of these younger voters, who are polling in favor of the insurgent Bernie Sanders.

(WOMENSENEWS)—In her 2008 concession speech, then New York Sen. Hillary Clinton said she had come close to shattering that “highest, hardest glass ceiling” by running for the presidency.

During that campaign, Clinton resisted donning the symbolic mantle of the country’s best possible shot at becoming the first female president. This time, she has enthusiastically embraced that mantle.

The former secretary of state has put women’s rights issues like reproductive health care access and paid family leave at the forefront of her campaign. Clinton has received early endorsements from NARAL’s Pro-Choice America Foundation and the Planned Parenthood Action Fund, and celebrities such as Lena Dunham and Demi Lovato have given her their backing.

Despite all this, however, Clinton has been struggling to win the strong support of millennial women — described by the Pew Research Center as between the ages of 18 and 34 — some of whom are voting for the first time in a presidential election.

It is not for a lack of trying. Clinton’s campaign has been shifting its message to attract younger voters. She is active on Snapchat and well versed in pop culture. She has discussed sexual assault on college campuses and spoken openly about feminism.

Nonetheless, Vermont Sen. Bernie Sanders has been consistently polling ahead of her among Democratic and Independent women between the ages of 18 and 34. He also enjoys an overall advantage with younger voters. A recent NBC News and Wall Street Journal poll shows 70 percent of Iowa caucus-goers under 45 support Sanders, while 60 percent of those over 45 support Clinton.

With the Iowa caucuses rapidly approaching on Feb. 1, Sanders is counting on millennial women and other young voters to help him win.

This could prove difficult for Sanders because young voters are not strong primary participants; they tend to only turn out for general elections. But he has been doing extensive community outreach in Iowa and on social media platforms such as Reddit. Clinton, meanwhile, is making similar efforts, but as Jill Abramson wrote in The Guardian, her problem is that she is not quite able to excite millennial women in the same way that President Barack Obama once did.

In 2008, Obama was able to win in part because 66 percent of voters under 30 voted for him. He also won the Iowa caucuses that election season, with exit polls showing that his greatest support came from 17- to 44-year-olds. Dennis Goldford, a political science professor at Drake University in Des Moines, told USA Today that Clinton could leave Iowa “weakened or politically wounded” if Sanders pulls off a similar upset.

Some critics of Clinton argue that her brand of feminism is not as inclusive as it needs to be. Her discussions of pop culture primarily target young white feminists, and she has been criticized for not talking about issues like reproductive justice within an intersectional framework. A December poll from the Harvard Institute of Politics showed that although African American and Hispanic voters were more likely to vote for Clinton, 40 percent of women tended to support Sanders, as opposed to 38 percent for Clinton.

Perhaps the Iowa caucuses only matter because everyone thinks they are supposed to, but at any rate, Clinton has a critical challenge ahead of her. If she does not win the votes of millennial women — and if she wants to avoid a repeat of her 2008 defeat — she might need to take a different approach to win over millennial women in New Hampshire and beyond. 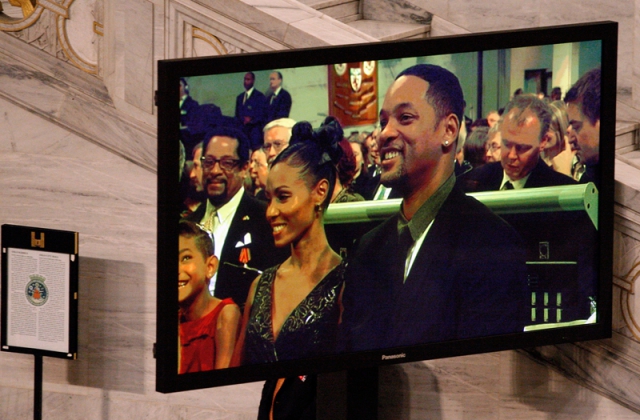