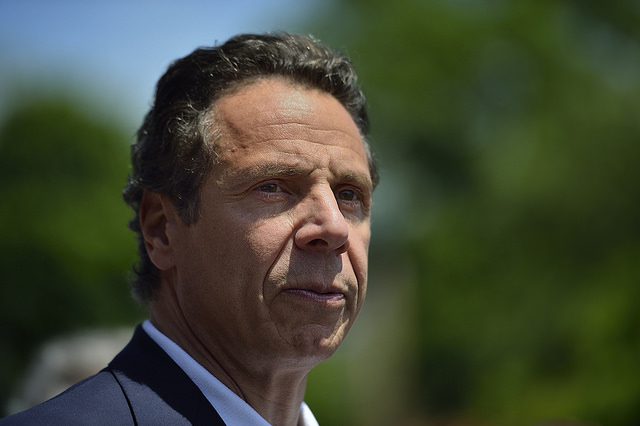 New York Gov. Andrew Cuomo is being urged to confront sexual assault in his address today. New York Gov. Andrew Cuomo is being urged to confront sexual assault in his address today.

“I think it’s prudent for Gov. Cuomo to make this a formal aspect of what he delivers because he ran on what he co-created, the Women’s Equality [Party] line,” Laurie Cumbo, a New York City Council member, told Women’s eNews recently in an interview at City Hall, four days after the brutal attack.

Press accounts of the crime say the suspects forced a father to leave his daughter so they could take turns raping her at a playground in Brownsville, Brooklyn.

All five of the suspects, ranging in age from 14 to 17, are in police custody and four of them were already charged as adults for the rape, according to a report by NBC.

#BREAKING: Four men in custody in connection with rape of teen in Brownsville playground https://t.co/mzTrFKXUh2 pic.twitter.com/QfHUCn1uEj

Cumbo, who chairs the New York City Council’s Committee on Women’s Issues, said reports of sexual assault against women are rising in the city. The New York Police Department investigated 1,438 reports of rape in 2015. Cumbo said that represents a 6.3 percent increase from the 1,354 reported rapes in 2014.

In his 2015 State of the State Opportunity Agenda, Cuomo detailed a 10-point women’s equality plan, which included pushing for pay equity, stopping sexual harassment in the workplace and protecting victims of domestic violence.

In July 2015, he also signed the “Enough is Enough” legislation, which included $4.5 million to launch a specialized police unit to help curtail sexual assaults on campuses across the state of New York.

On the eve of this year’s speech there is so far no indication of similar proposals in his 2016 State of the State and Executive Budget Address. In recent appearances, Cuomo has signaled that he would be highlighting major initiatives in infrastructure projects and pushing for a $15 minimum wage, according to the Democrat & Chronicle. Since women are the majority of low-wage workers, the governor’s advocacy on raising the minimum wage is considered woman-friendly.

Cumbo, for her part, has proposed two pieces of legislation aimed at women’s safety. One of her bills would allow the public to send texts, photos and videos to 911. A second bill would create a panic button inside cabs and other car services.

“I mean the technology and infrastructure is there. We just have to make sure people have the capability to reach out,” she said.

The councilwoman hopes Police Commissioner Bill Bratton, particularly on the heels of this particularly barbarous attack, will take the rise in the number of sexual assaults seriously. “And seriously just doesn’t mean to show visual anger about it,” said Cumbo. She said the commissioner should put a solid strategy in place.

Cumbo and others have criticized Bratton for the “buddy system” recommendation for sidestepping police accountability for protecting girls and women and combating serious criminal activity.

The same type of criticism– for minimizing a crime and turning responsibility on victims and potential victims– has surrounded a mayor in Germany in the same time period. After the massive New Year’s Eve attacks on hundreds of women in Cologne, that city’s mayor drew outrage after she suggested that women can protect themselves from men on the streets by keeping them more than an arm’s length away.

The councilwoman and supporters of the Brooklyn rape victim are expected to keep the pressure on local authorities for legislation and resources to help prevent any similar attacks in the future.

Kimberly Jane Tan is a Filipino journalist based in New York City. She recently graduated from Columbia Journalism School's M.A. program and previously worked as a senior political reporter for GMA News Online, one of the most heavily trafficked news websites in the Philippines.