Trends in female employment all add up to a “perfect storm” for women’s retirement, says a labor economist. Those trends also raise women’s stakes in any election-year discussion of adding or subtracting from Social Security.

(WOMENSENEWS)–The future of Social Security is shaping up to be a major contention in the 2016 presidential campaign and women, who depend more heavily on the system, have much at stake.

A lifetime of wage disparities and caregiving leaves women with fewer assets, which must stretch further. “After they pay for food, housing and other necessities for themselves and their families, many women have nothing left to put away for retirement,” Allegretto said.

In a recent phone interview Allegretto, who co-chairs the Center on Wage and Employment Dynamics at the Institute for Research on Labor and Employment at the University of California, Berkeley, said women who reach age 65 have an additional 20 years of life, men have 17 years.

So far, Sen. Bernie Sanders (Independent of Vermont), who is seeking the Democratic nomination, and New Jersey Gov. Chris Christie, who hopes to be the Republican nominee, have introduced plans.

“Income above that level is not subject to the tax, which is unfair because it allows multi-millionaires to avoid paying their fair share,” Sanders said in February when he announced his 12-page plan. “If we apply the Social Security payroll tax to incomes above $250,000, we would immediately bring in enough revenue to the Social Security trust to extend it to 2065 and also be able to pay higher benefits.”

Some polling data suggests his plan could be popular with voters. Seventy-nine percent of likely voters (90 percent of Democrats and 73 percent of Republicans) supported increasing Social Security benefits by boosting the amount that wealthy Americans pay into the system, found an August 2014 poll by Washington-based Lake Partners.

That support could reflect the country’s struggle with wage pressures.

One of five people who are nearing retirement has no savings for their later years, notes the Federal Reserve. During the 2008 recession, unemployment among older workers skyrocketed. Those who were lucky enough to find new positions took significant pay cuts. Many people in their 50s and early 60s are also burdened by college and other expenses of their children.

Christie, on the other hand, wants to reduce the number of Social Security recipients. In addition to raising the retirement age for Social Security and reducing cost of living adjustments, he has proposed cutting benefits to anyone earning over $80,000 a year.

Those who earned $200,000 or more per year would be denied benefits, even though they had paid into the system during their working lives.

To alleviate the retirement crisis, the National Committee to Preserve Social Security and Medicare launched a national initiative in October to modernize the Social Security system. Called Eleanor’s Hope, in honor of first lady Eleanor Roosevelt who championed passage of the Social Security Act in 1935, the initiative takes a comprehensive long-range approach to reflect women’s contributions as breadwinners as well as family caregivers.

In addition to public retirement credits for people who take time off from paid employment to serve as family caregivers and for retirees who have worked in low-wage occupations, the plan also calls for strengthening the Social Security cost-of-living allowance and boosting benefits of all current and future beneficiaries.

About 22 million women aged 65 and older across the country receive annual Social Security benefits which average $12,520. Without Social Security, over half of these women would be living in poverty.

For many older women, Social Security is less than what it is for male counterparts, due to a lifetime of lower earnings. And at the same time, it’s a more important protection against hunger and homelessness.

“Social Security enables women to put food on their tables and keep roofs over their heads,” said Webster Phillips, senior policy analyst of the Washington-based National Committee to Preserve Social Security and Medicare.

“The average Social Security benefit for women is $3,878 less than that of men, because about 30 percent of women take time out of the workforce to care for children and other family members compared to 15 percent of men,” added Phillips in a phone interview. “Women are also more likely to work part time than are men to accommodate caregiving.”

Gender gaps in wages also hurt women because Social Security benefits are based on earnings. In 2014, the median weekly earnings for women who worked full time was $719 compared to $871 per week for men, notes the Washington-based Institute for Women’s Policy Research, a nonprofit organization that studies how discrimination, inequality and other factors impact women’s financial security.

Women’s median earnings were lower than men’s in all but two of the 116 occupations in the institute’s April report. Female stock clerks and order fillers earned slightly more than their male counterparts. Male and female health practitioner support technicians had equal wages.

Even more alarming was the finding that many women work in occupations like retail sales, receptionists and information clerks that pay too much to enable them to qualify for public supports and too little to attain financial security.

Taken together, these trends create what Allegretto, the labor economist, calls a perfect storm for women’s retirement.

Over 22 percent of women over 65 have pensions compared to 28 percent of men. Women’s pensions, on average, are less than half as much as men’s.

Older women tend to be poorer than men. In 2010, about 11 percent of women over 65 were below the poverty level of $11,161 for an individual compared to about 7 percent of older men, the Census Bureau found.

In 2009, women spent $4,944 for medical expenses that were not covered by Medicare, men spent $4,230, reported Kaiser Family Foundation, a nonprofit organization based in Menlo Park, Calif., that does health policy research. Women’s out-of-pocket expenses also increased as they aged. Two-thirds of beneficiaries over 85 are women. Women age 85 spent $7,555 compared to men, $5,835, the foundation found.

The highest rates of poverty among older people are experienced by Hispanic women (about 41 percent) and older African American women (about 31 percent) who live alone, Census data show.

Meanwhile, the aging of the baby boomers (people born between 1946 and 1964) is creating a dramatic increase in the number of Americans who will be receiving Social Security benefits. By 2029, there will be 71.4 million Americans age 65 or older, 20 percent of the population, up from almost 14 percent in 2012. 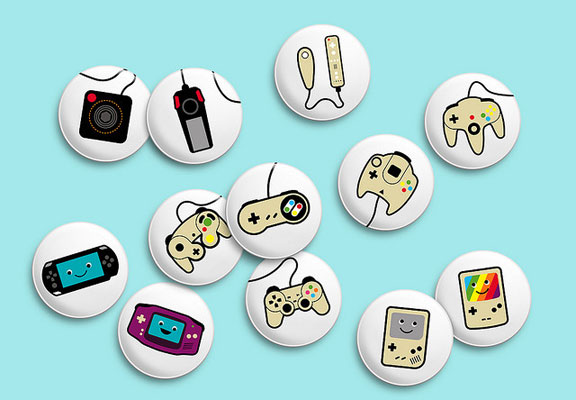