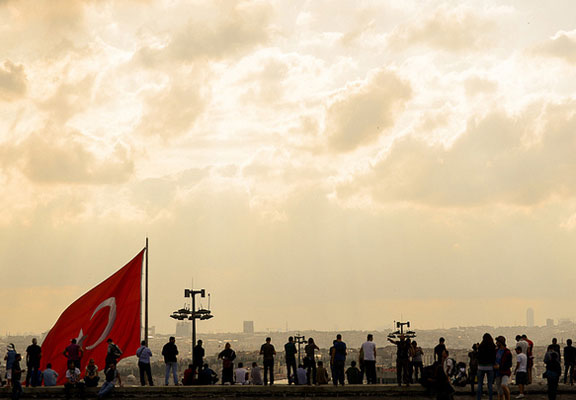 This is the country, after all, with a founder named Ataturk, who espoused the full social integration of women as essential to modernizing the nation. That might set these protests apart from what’s happening in Egypt and what happened in Iran.

(WOMENSENEWS)–Look at what’s been happening to the women of the Egyptian uprising.

They played a key role in protests that started in January 2011 to overthrow Egypt’s former president, Hosni Mubarak. They believed that their critical role in the revolution would give them significant authority in deciding what came next. After Mubarak, they dared to imagine greater autonomy lay ahead.

More than two years later, all that’s in tatters. The constitutional drafting process, which was suspended, offered women nothing. Their rights have been violated even during protests through constant sexual harassment and abuse, with authorities doing nothing about it. Last week saw reports of female protesters being raped.

In the mass demonstrations in Turkey, women have drawn international recognition for making up about half of the protestors in Istanbul’s Taksim Square, demanding that Gezi Park be preserved, and that Prime Minister Recep Tayyip Erdogan stop his attacks on demonstrators.

While these protests are not on the scale of those in Egypt, they are substantial enough that women have expressed hope that after the demonstrations are over, they may have a chance at an equal voice in Turkey. Women in Turkey do hold more rights than their counterparts in many other Middle Eastern countries, but their rights have been declining and are frequently at risk.

Female revolutionaries have been jilted many times before.

During the Iranian Revolution of 1979, women played a key role in overthrowing the American-backed Shah and helping Ayatollah Khomeini come into power so their country could be free from forced Westernization. But they also advocated for equal rights and autonomy for all Iranians. Instead of improving women’s status, Khomeini stripped them of the rights they already held. He made wearing the hijab mandatory for all women, segregated the sexes and diminished women’s roles in public offices.

In South Africa and Cuba, women did attain greater rights post-revolution. But that’s not the trend.

History has repeatedly shown that while women often play a key role in revolutions around the world, they are sidelined once the goals of the struggles have been accomplished.

So what about Turkey?

If the protests there turn into outright revolution, there is a chance that things might play out differently. Women just might gain, given the Turkish people’s strong history and dedication to their founder and first president, Mustafa Kemal Ataturk.

Irrespective of some of Ataturk’s less popular acts, he firmly believed in fully integrating women into society and saw this as essential to modernizing the country. His legacy of promoting women’s rights may potentially have a strong impact on what happens to women if Erdogan falls, as many Turks share Ataturk’s secular beliefs.

If people protesting against Erdogan and his policies are also fighting against his Islamist ideals and calling for a return to more secular policies, then gender equality is essential to their demands. There is a possibility that women will not be forgotten this time around.

Erdogan has been transforming the spirit of the Turkish government from Ataturk’s secularism to his own Islamist ideals. His Justice and Development Party (AKP) has been the first Islamist party to survive in Turkey without being dismantled by military intervention or the courts. He has also taken numerous measures to prevent the military–with a history of four coups since 1960–from getting involved in politics this time around.

If these protests end with Erdogan still in power, there is no reason to expect any real change in women’s rights in the country. Erdogan has attacked women’s reproductive rights by saying abortion is akin to murder and has gone as far as opposing Caesarean sections, calling them unnatural. He has urged women to have at least three children, has removed the Ministry for Women and Family (and replaced it with the Ministry of Family and Social Policies) and has not done enough to decrease the high rate of violence against women in the country.

It is impossible to know how far these protests will go, and if Turkey will fall into the pattern of the numerous revolutions that have oppressed women to date. But Turkey‘s women have hope that their nation will be different. Having such hope, and the foresight to consider what may happen after, is essential to changing the pattern. There is potential that, perhaps, Turkey will be different. 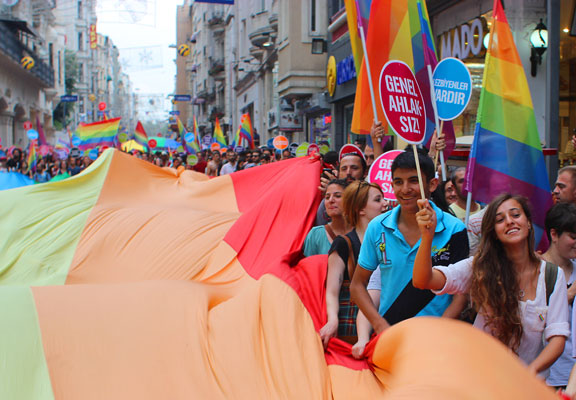 What I could use is a nap