MomsRising began pressing for gun-control regulations the day of the Newtown, Conn., massacre. Mayors and a U.S. senator with an “A” rating from the NRA are also leading the effort.

In the wake of one of the deadliest mass shootings in American history, women’s rights groups are joining forces with gun control advocates to push for stronger regulation of assault weapons, The HuffPost reported Dec. 18.

White House spokesman, Jay Carney, announced Tuesday that President Obama supports efforts to reinstate an assault weapons ban as part of a comprehensive plan to address gun violence, USA Today reported Dec.18. Carney also said Obama would supports efforts to close the “gun show loophole,” which allows people guns at shows without background checks.
Obama is currently meeting with aides and advisers to develop an overall plan that would include efforts to address education and mental health issues associated with gun violence.
MomsRising, which claims over 1 million members across the United States, addressed an open letter to the National Rifle Association and Congress on Dec. 14, the day of the elementary-school shooting in Newtown, Conn., demanding that both groups start promoting “common-sense gun regulations.” More than 100,000 people have signed the letter so far. The document includes a message from a member of MomsRising who also belongs to the NRA.
New York City Mayor Michael Bloomberg has been among those vigorously stumping for gun regulation in the wake of the horrifying event.
In a press conference on Dec. 17 with people who had lost loved ones to gun violence, he demanded that politicians in the nation’s capital do something fast. On “Meet the Press” on Sunday, he said curbing gun violence should be President Obama’s No. 1 agenda item. “He’s president of the United States, and if he does nothing during his second term, something like 48,000 Americans will be killed with illegal guns.” Bloomberg founded Mayors Against Illegal Guns in 2006
Sen. Joe Manchin (D-W.Va.), a gun rights stalwart with an “A” rating from the NRA, has also joined the growing outcry for new gun regulations, Mother Jones reported Dec. 17. “It’s time to move beyond rhetoric,” said Manchin on MSNBC’s “Morning Joe” Dec. 17. “We need to sit down and have a common-sense discussion and move in a reasonable way.”
The Week, in a piece published Dec. 17, raised the connection between gender and outbreaks of massive violence. The publication quotes Mother Jones’ report showing that 62 mass shootings — defined as a single spree that killed at least four people — have been carried out since 1982 and only one was perpetrated by a female. In 2006, Jennifer San Marco fatally shot her former neighbor, then drove to work and killed six colleagues before turning her gun on herself. The rest of the massacres were carried out by males, 44 of whom were white.
The Week discusses a theory that the social construct of male identity — what it means to be a man — is more vulnerable to slights and challenges than that of female identity. Men are taught from a young age that successful males “exert social dominance, achieve a high social status, command respect, and demonstrate authority,” say Christopher A.D. Charles and Deniese Kennedy-Kollar at The Southwest Journal of Criminal Justice.
While women only account for about 10 percent of gun-related deaths in the United States each year, they are less than 1 percent of gun buyers and users, according to the International Action Network on Small Arms.
A recent HuffPost/YouGov poll conducted before the Newtown, Conn., massacre shows that 60 percent of women support stricter gun control laws, compared to 41 percent of men.
is a New-York based reporter for Women’s eNews. She has worked for several radio stations and publications in and North Africa and specializes in Middle East and .

One response to “MomsRising Leads Push for Gun-Stopping Action” 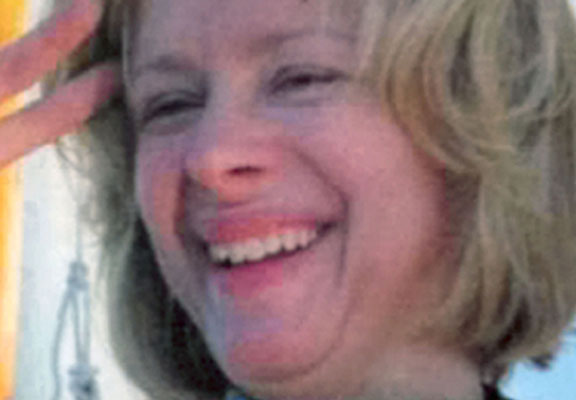 Was Nancy Lanza a Monster or Just a Mother of One?