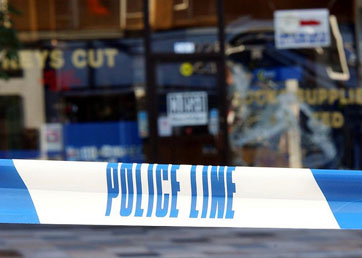 An online discussion group “Rotis not Riots” has started to look at the causes of last week’s riots in England. That offers a bit of relief from the authoritarian backlash coming from the country’s privileged-male power structure.

(WOMENSENEWS)–In the vacuum of discussions connecting women to this month’s ferocious riots in England, a group called “Rotis not Riots” launched on Facebook this week “to make sense of this unprecedented violence from a feminist perspective.”

The group emerged from a casual conversation between three women dealing with the helplessness they felt in the aftermath of unrest across the country.

Roti is a type of unleavened bread that many Indian women, who have traditionally been the cooks in the family, are skilled at preparing. It also plays on the word riot, scrambling the letters into something with warm and nurturing connotations. Organizers say they chose it to touch on the “unique role that women play in providing both physical and emotional support for their families.”

With 272 members as of yesterday, the group is confronting the government’s championing harsh punishment. Prime Minister David Cameron and the Conservative Party have pushed for water canons and rubber bullets, curfews and blacking out social media. Local borough councils have responded by handing out eviction notices and local courts are being pressured to hand out extraordinarily harsh prison sentences for those accused of participating in the riots.

Rotis not Riots has given themselves the task of “thinking about more meaningful and effective ways to reprimand rioters than prison sentences and evictions of entire families,” seeking instead community service and meeting victims to create a productive route out of the riots.

But trying to understand what caused the riots may not have much traction for those who are dealing with the deaths of the five men who were killed during the riots and the devastation of personal and business property, resulting in hundreds of millions of pounds in insurance claims, according to the Association of British Insurers.

The online group is currently an outlet for outrage at badly-written commentary in other media that demonize those involved in the riots. Although not loaded with feminist theory, posts on the group’s Facebook page reveal a community coming to terms with the flood of information in the international media.

It is hard to predict the outcome of the group, existing currently as a closed online network, but it provides a welcome move into more progressive conversations that include a feminist perspective.

Rotis not Riots has already taken a stance by championing a petition on change.org, in response to a London borough’s decision to evict a mother and her 8-year-old daughter from their council house because her son was involved in rioting. The petition had 2,257 signatures and 188 supportive comments after seven days.

Like many other British people now living outside of the U.K., I spent the first and second nights of the fierce rioting glued to my computer screen, following updates of the movement of violently exuberant youth through London and watching news sources like the BBC and the Guardian live-blogging every second of a bloody revolution.

England’s political cabinet–made up of 506 men and 144 women, only 27 of whom are from ethnic minorities–lined up to condemn the “sheer criminality” of the riots and looting.

The riots did spur some talk of disenfranchisement and unemployment though, including Camila Batmanghelidjh, founder of The Place to Be and Kids Company, two charities in the U.K. Even Prince Charles spoke of gang culture as a cry for help for those who don’t feel like they belong at a short stop in Hackney, one of the affected boroughs of London.

The Guardian’s examination of 500 cases related to the riots that have been heard in court showed that only 9.5 percent of the defendants were female, ranging in age from 15 to 60.

Reasons to be Angry

That might be a small percentage, but women in England do have a reason to be angry. The number of unemployed women over 16 years old is 1.04 million, less perhaps than male unemployment of 1.45 million, but still the highest number of jobless women since May 1988, according to the Office for National Statistics.

Lurking beneath these numbers is a gender gap that keeps women at the edges of social and political influence, said Anna Bird of the Fawcett Society in a recent press release.

“It’s 2011 and women remain largely excluded from positions of power and influence in virtually every sphere of life,” Bird wrote “The media, the judiciary, the education sector and more. There is a shocking absence of women in politics; men MPs outnumber women 4-to-1, the number of women in the cabinet is at a 10-year low.”

With the numbers stacked against them, a few fierce political women stand out. One is Diane Abbot, the first black woman to be elected to the House of Commons and the long-standing Labour member of parliament for Hackney.

Another is Theresa May, home secretary for the Conservative Party and the first voice from that party to appear on TV condemning the riots.

Abbott and May, however, will not feel the pressure these incidents have placed on single mothers who will be at the frontlines of the suffering that is bound to be caused by the government’s threat to evict from council housing anyone caught looting.

Cameron put “children without fathers” in his list of causes in the “slow motion moral collapse” of Britain, a sideways swipe at single-mother households.

But that’s hardly as bad as when Conservative councilor Bob Frost was caught slamming single mothers on his Facebook page, posting “You might ask how all the single mothers congregating with their push-chaired spawn are able to afford both their beer and their tattoos–I have a horrible idea I am paying for both.” Frost is currently suspended from his position for calling rioters “jungle bunnies,” a racist slur.

The lefty magazine the New Statesman is dedicating this week’s addition to the subject of single mothers, inviting “10 left-wing thinkers to break the family values taboo and asks if dads are the answer to the riots.”

No. And if we had more women in parliament we might see these conversations take place in the House of Commons. We might even have reason to hope for an examination of how women are faring in some of the country’s communities hardest hit by the recession and government cuts.

Would you like to Send Along a Link of This Story?
https://womensenewsp.wpengine.com/story/economyeconomic-policy/110819/rotis-not-riots-offers-england-food-thought

Charlotte Cooper is the director of marketing for Women’s eNews.

2 responses to “‘Rotis Not Riots’ Offers England Food for Thought” 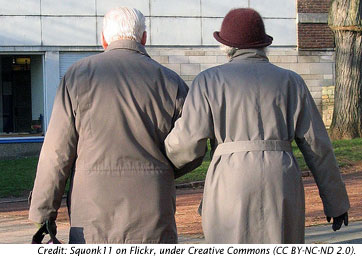