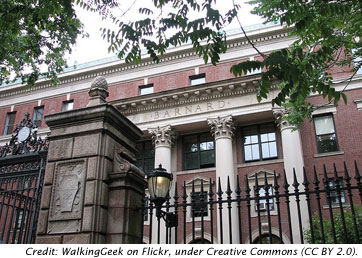 Applicants to a women’s school have only one gender category to choose: female. But Barnard College in New York City is increasingly friendly to gender-neutral students. This fall it offers its first gender-neutral housing.

NEW YORK (WOMENSENEWS)–Gender-neutral or "open" dorms may be increasingly commonplace on U.S. campuses, but they aren’t expected at women’s colleges, a presumably single-sex refuge.

This fall Barnard College for Women in New York will be shaking that notion up by offering its first gender-neutral housing on a trial-run basis. Students will have the option to select a number of co-ed doubles in one of five traditional residence halls on the Upper West Side of Manhattan.

"This is a good step because we need housing to be comfortable for queer men and women, as well as trans students," Wolff told Women’s eNews in a phone interview. "There’s a lot of homophobia that goes on that they’re uncomfortable with."

Other women’s colleges are making similar modifications to what it means to be a "women’s school."

Bryn Mawr College in Pennsylvania founded a Transgender Advocacy Committee, run by professor Anne Dalke, and trans students at Wellesley College in Massachusetts created a group to discuss and share their personal experiences.

Barnard’s gender-flexible policies, says Wolff, were due in a great part to Rey Grosz, a trans male student who enrolled in Barnard in the fall of 2007.

Grosz, whose fuller story was featured in The New York Times Magazine in March 2008, transferred to the co-ed Columbia University across the street after having a rough start at the women’s college.

Grosz’s roommates were uncomfortable with his gender identity, which led him to stay with a friend about six miles downtown at New York University and commute almost 45 minutes every day to school, reported The Columbia Spectator.

"The thing about Rey was a wakeup call for Barnard. I know that the administration makes it really clear that they are not going to kick students out for being trans," Wolff told Women’s eNews.

Barnard didn’t accommodate Grosz’s request to relocate to a single room because they were only available to freshmen.

The story sparked a flurry of media interest and the college has since become more flexible about their housing options.

"There are definitely ways to make Barnard safer for queer and trans people," said Wolff. "But it’s something that every college needs to do in terms of being that safe place where young people grow up and get their education comfortably."

When applying to Barnard College as a high school senior in 2008, Wolff used the online common application that serves as a universal form for different schools.

The gender section provided one of two boxes to check: male or female.

Today Wolff refuses to identify as either trans male or trans female, preferring a gender neutral category and not being forced to click either button.

But Barnard is a women’s college and in order to be considered for admittance, students have only one choice. So Wolff went ahead and clicked female.

Like most forms, the application posed an either-or gender binary that is too narrow for students such as Wolff, now a rising junior at Barnard who is majoring in women, gender and sexuality studies.

Wolff did not identify as trans or gender queer before entering Barnard, but had been asking questions around it for a long time.

"People know your gender before you can talk, isn’t that weird?" Wolff mused. "My experience wasn’t the same as other people’s experiences with their gender."

A common misconception is that transgender individuals feel they are physically born into the wrong sex. But it’s not always about physical characteristics.

Wolff does not want to limit himself to just one gender. "For me, it’s fluid. I don’t want to be stuck in a category in one way or another," Wolff said.

While Barnard only admits female applicants it has considerable interaction with male students through its course-sharing relationship with the co-ed Columbia University, the formerly all-male Ivy League school across the street that started accepting female undergraduates in 1983.

The school has established a number of gender-neutral bathrooms across the city campus, highlighted on a map featuring the 19 bathrooms on the Trans Columbia Web site.

As a legally recognized women’s college the admissions policy remains the real area of stricture. It’s female only, but after the admissions application, the institution is flexible.

Students who check off the female box on their applications are not subject to any background checks. And upon entering Barnard, a student may shift gender identification without any fear of ejection.

Barnard and Columbia both host campus organizations for transgender students who have felt alienated and not included in the past.

"I love being around people who understand me and are willing to engage each other about gender. The queer thing has more than one axis–the sexuality axis and gender axis–and things are changing constantly," said Wolff. "We work on unpacking it together."

Other trans-friendly activities include the Trans Columbia Web site, language workshops that teach others about the importance of using the appropriate pronouns depending on one’s identification with gender and peer educators.

"Colleges have long been such a place for queer people. I think it would be useful to make it clear exactly how flexible the gender policy is upon coming into Barnard," Wolff said. "But even now, I already think its getting better."

Would you like to Send Along a Link of This Story?
https://womensenewsp.wpengine.com/story/lesbian-and-transgender/110815/ny-womens-school-offers-gender-neutral-lesson 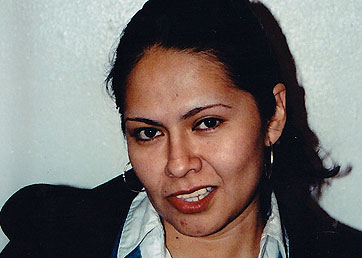 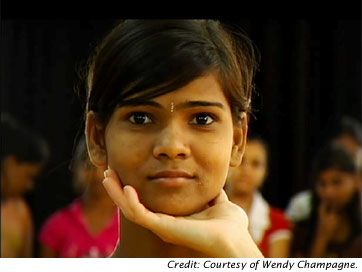