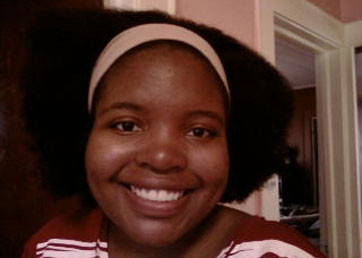 How can a shy young woman possibly survive a political leadership training program designed for extroverts? Ashley-Nicole Weatherington describes how she got it done.

NEW BRUNSWICK, N.J. (WOMENSENEWS)–What is a shy young woman who despises public speaking to do after signing up to learn more about a career that requires constant public speaking?

That was a big question as I looked ahead to a six-day political leadership program–NEW Leadership New Jersey–for college women at Rutgers University’s Douglass Campus.

As a shy only child I don’t have the best social skills and having to live in a room with people I didn’t know or choose was difficult. I just don’t act like a stereotypical 20-something.

My nickname in elementary school was grandma. I’m an early bird, don’t drink or smoke, don’t stay up late or talk on the phone for long hours of the night and don’t party.

Throughout my campus years I was surrounded by a serious case of drunkenness, loud talking, unexpected visits by my roommate’s boyfriends and endless dirty dishes waiting to grow fungus in the sink. (I admit I did contribute to that last element.) It all made me long for my own room at home where noised ceased by 11 p.m. and cleanliness was all around.

Introverts get exactly what we most dread when put into talkative settings: We attract a spotlight with our silence.

In my own case two things tend to happen: I’m either constantly checked on by counselors or dorm leaders "out of the goodness of their heart" to make sure I am communicating with the other students and not staying in the secluded state that I love so much. And because I keep to myself and don’t conform to peer social pressures and don’t start conversations immediately, I’m automatically disliked and viewed as an outcast by other students.

As I result, I like to retreat. Solitude is a haven where I can read and write and enjoy the pleasure of my own thoughts.

I began to jolt myself out of that comfort zone by applying for the political leadership program, which has been operating since 1991 out of its home base in New Jersey. It also runs in a number of other states, including Pennsylvania, Ohio and Illinois.

But even after I applied I knew the whole thing could be a stretch for me. Not only did it mean that I’d be in a group setting that might once again be wrong for me, I figured everyone would be loaded with political smarts.

I always vote and follow the news pretty closely. But I’m not what one would call a political junkie. And I feared I wouldn’t be on the same intellectual level as the other female students and staff. All in all I was excited but also nervous, intimidated and anxious.

This program did not merit any of these fears. It was a gathering of intelligent, friendly, open-minded women.

Once we arrived on campus, we were given binders to guide us through six intensive 13-hour days designed to simulate the hurly burly of a politician’s day. In scanning the agenda I spotted my horror of horrors: a workshop on public speaking.

And I did honestly hate it. We had the simple task of introducing the person sitting to our right by name; home town; college or university and class, year and major; and why they wanted to attend NEW Leadership. We had to learn this in five minutes.

I held my partner back until the last possible moment, when every other pair had finished. I managed to survive, but I know I looked nervous, shaky and by the end I’d almost lost the ability to breathe. A "networking" event was also pretty tough, but by the end of the dinner I managed to get the courage to speak to someone.

By contrast, I really enjoyed almost everything else. There were many workshops and activities where I found it easy to speak up and participate, including a mock-lawmaking project where we argued over a bill for education reform in New Jersey.

There was also a "political Jeopardy" game based on the TV game show. This version tested players’ knowledge of women in politics. One question asked how many women of color are in the U.S. Senate. Everyone was rushing through their binders trying to find the answer, but no luck.

No one could answer. However the long pause was the answer. There are no women of color in the U.S. Senate.

A diversity workshop, called "Emerging Leaders in a Nation of Differences," required us at one point to speak about our experiences in terms of race, class and gender. I described myself as a native of Newark, N.J., a black feminist and aspiring writer. In other words, I didn’t reveal much. But during a discussion with two other students I did find myself disclosing that I was not sure if I wanted to be a mother or even be married. That came out accidentally.

One workshop was about race and class. During that several young women revealed emotional past experiences and obstacles they’ve faced (which I won’t discuss out of respect for them) due to their skin color, gender, physical disability or income status. I was moved by their stories of overcoming stereotypes.

I’m not one for sharing my emotions with anyone, so I didn’t want to discuss any of my personal hardships. But the things that other people said helped me. I think my own personal problems are the ultimate worst and rarely think about other people having to overcome personal disadvantages.

There was one blooper moment when I felt embarrassed for another participant in the program. It was on a tour of the state house in Trenton, New Jersey’s capital. We were given a quick look at Gov. Chris Christie’s office. Several portraits of past governors hung on the walls. One student pointed at the only woman in the gallery and asked "Who is that?" Of course it was Christine Todd Whitman, New Jersey’s first female governor. A tremor ran through our group, but the moment passed and we all moved on.

Attending this program helped me learn a lot about politics and reduced my sense of social timidity.

Will I be part of the group of young political women who run for office and help chain that stubborn 17 percent level that we face in Congress?

I have no idea. I learned that some of what’s entailed isn’t as difficult as I thought. As long as everyone else is moving around and talking–as in the networking and lawmaking exercises–I think I’d do fine. But if I ever seriously tried running for office I still think I’d have to hire a double to give stand-alone speeches.

But the big lesson of it all might be a sense of appreciation for the people who go into politics. Now I think I have a better idea of what they give of themselves.

Would you like to Send Along a Link of This Story?
https://womensenewsp.wpengine.com/story/leadership/110829/introvert-tackles-political-leadership-camp

Ashley-Nicole Weatherington is an editorial intern at Women’s eNews. 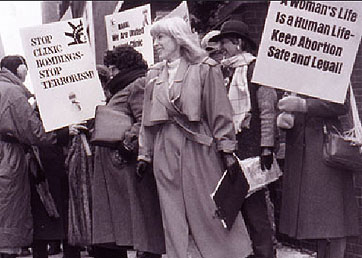 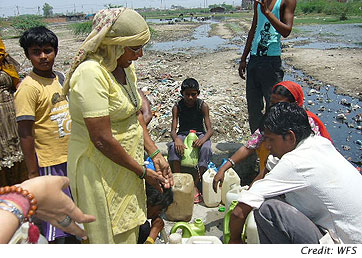