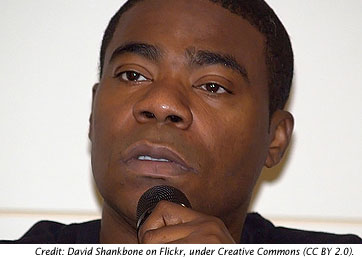 “30 Rock” star Tracy Morgan spent the week trying to make amends for his homophobic rant. He may even go back to Nashville to apologize. It’s a well-worn celebrity perp walk; the problem is, the social discourse isn’t getting any deeper.

(WOMENSENEWS)–Tracy Morgan suffered fallout this week from his homophobic rant in a Nashville, Tenn., comedy club earlier in June.

Audience members, the media and even Tina Fey, Morgan’s longtime partner in crime and "30 Rock" producer, issued statements denouncing the incident. Fey said in a press statement that, "the violent imagery of Tracy’s rant was disturbing to me at a time when homophobic hate crimes continue to be a life-threatening issue for the GLBT [gay, lesbian, bisexual and transgender] community."

The famous "30 Rock" and "Saturday Night Live" comedian has continuously apologized for his violent rant in which he made a joke about stabbing his son to death if he came home and announced "I’m gay." He also made an attempt at finding humor in the bullying that goes on with the LGBT community in schools when saying, "Bullied kids should just bust some ass and beat those other little f*ckers that bully them, not whine about it."

Morgan is even going as far as returning to Nashville, Tenn., to apologize to audience members offended by his comments, in an extreme effort to make amends.

It’s a familiar routine, right up there with male politicians getting caught in sex scandal traps that they almost seem to be setting for themselves.

Morgan joins the ranks of celebrities such as Kobe Bryant, the NBA-all star who plays for the Los Angeles Lakers, who was caught on camera earlier this year saying an anti-gay slur in a fit of anger towards a referee. The Chicago Bulls’ Joakim Noah was also filmed this year directing an anti-gay slur at a fan.

And a rock-star in the hate speech world, actor Mel Gibson in December 1991 made derogatory comments in an interview with El Pais newspaper and refused to apologize to the nonprofit the Gay and Lesbian Alliance Against Defamation. Gibson–who has also made anti-Semite, anti-black, anti-Latino and misogynist remarks–later tried to make amends but then continued to tally up new insults and rants.

Chalk it up to a culture that is sending a barrage of mixed messages.

While the news media comes down fast and furious on public individuals who make oppressive comments, the larger society is dragging its feet on doing anything to really stop anti-gay and lesbian violence.

One sign of that is the ongoing resistance to marriage equality.

On Monday night, not a single GOP presidential hopeful in the televised debate in New Hampshire was willing to extend the definition of marriage beyond the union of man and a woman.

Meanwhile, what does the Morgan incident have to do with women? Even when a homophobic incident is aimed strictly at men, it’s an issue that, at its roots, is problematic for women.

The promotion of a macho culture that encourages violence in heterosexual males not only puts gays and lesbians at risk, it heightens every woman’s vulnerability to sex assault and domestic violence.

What drives such outbursts?

An important question to pose in general. But it’s an especially important one when high-profile celebrities such as Morgan, Gibson and Bryant lash out. They have cultural influence and they could be using it to level out the playing field for the LGBT community. Instead, they’re using their platform to further oppression.

Hope is rising that the marriage act will be passed and help eliminate one of the most significant anti-gay and lesbian barriers in our modern day society. Our political system and culture as a whole needs to get on board with sexual equality in order to teach individuals like Morgan to eliminate their hate-talk. Large audiences are listening and reacting.

The problem of anti-gay and lesbian violence is encouraged through situations like Morgan’s, but it originates in a society that sets a precedent.

Would you like to Send Along a Link of This Story?
https://womensenewsp.wpengine.com/story/lesbian-and-transgender/110617/morgan-joins-anti-funny-homophobic-routine 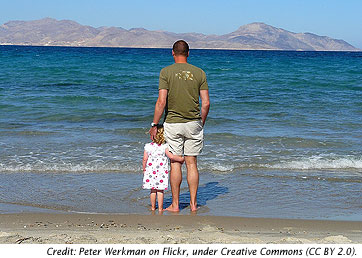