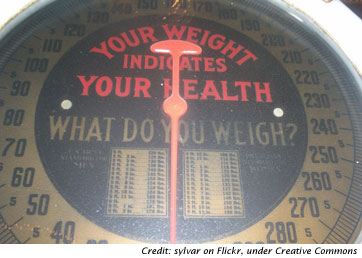 New Year’s resolutions put weight loss at the top of many to-do lists. But that doesn’t mean more people should be seriously thinking about bariatric surgery, say critics of a recent FDA advisory ruling on the weight-loss implant.

(WOMENSENEWS)–From NBC’s reality television show "The Biggest Loser" to the first lady’s campaign against childhood obesity, the battle of the bulge is being waged on all fronts, including the operating table.

The Lap-Band, a surgically-implanted device that cinches the stomach and drastically restricts food intake, has been touted as a vital weapon in the "war on obesity" by some health researchers and bariatric surgeons. Approximately 80 percent of those who elect for the Lap-Band are women.

Last month, a Food and Drug Administration advisory panel recommended lowering the eligibility threshold for this elective weight loss surgery, from a body mass index (or BMI) of 35 to a BMI of 30 if an existing health issue such as diabetes is present. (BMI is calculated using a National Institute of Health formula, based on weight and height. Someone who is 5 feet 6 inches tall and weighs 160 pounds, for instance, has a BMI of 25.8.)

The recommendation comes at a time when many are growing deeply concerned about the negative affects of weight loss surgery, including possibly high suicide rates after the procedure.

For Eric Oliver, the FDA panel’s nod to the procedure is troubling.

"What I worry about is, to what extent is bariatric surgery becoming a form of cosmetic surgery?" said Oliver, a political science professor at the University of Chicago and author of the 2005 book "Fat Politics: The Real Story behind America’s Obesity Epidemic."

Oliver challenges conventional wisdom about the correlation between weight and health with a simple yet provocative idea: Being thin doesn’t necessarily make you healthier.

While Americans have undeniably been getting heavier over the past 20 years, Oliver suggests that our nation’s weight gain isn’t due to an underlying obesity "disease," but because of fundamental changes in lifestyle and eating habits.

Oliver and other critics argue that the idea of an "obesity disease" is promoted by those with commercial ties to the fast-growing surgery. Allergan, the pharmaceutical company that manufactures the Lap-Band and stands behind its proposed expansion, is also responsible for cosmetic products such as wrinkle-reducing Botox and Natrelle breast implants.

Lap-Band is the only general surgery that is currently advertised, making it more widespread–and lucrative–than other non-elective surgical procedures that offer no cosmetic benefits. (You’d never get your gallbladder or appendix removed unless you absolutely had to, right?)

"One of the ironies of bariatric surgery is that basically it’s diseasing the stomach," said Oliver.

Oliver suggests that some of the obesity-fighting fervor is driven by the shame and social stigma associated with being overweight. Rhetoric about a "war" and "disease," he argues, suggests it’s a battle that people can’t wage on their own with diet and exercise; fat must be "eradicated" by medical professionals.

He predicted that bariatric surgery will be performed on people with lower and lower body mass indexes. "That will further pathologize weight at lower and lower levels," he said.

Dr. Wendy Scinta is a family physician and bariatrican who sits on the board of trustees for the American Society of Bariatric Physicians, located in Aurora, Colo.

The group has called the FDA advisory panel’s recent decision "premature" and cautioned that surgery in patients with a lower BMI carries unknown risks.

Scinta said it takes just 5 to 15 percent of total weight loss to reverse most weight-related health issues such as diabetes and high blood pressure, and this amount can be lost with diet, exercise and lifestyle changes.

She advises the surgery only be undertaken as a last resort for people who have truly attempted a comprehensive approach.

"Even then, they will struggle long term without lifestyle changes. There is a reason why the post-surgical suicide rates are unexpectedly high," she said.

In a 2010 study published in the American Journal of Medicine, researchers found that 31 of 16,683 bariatric patients in Pennsylvania committed suicide over the course of 10 years. About 70 percent of suicides occurred within the first three years post-operation. Compared with data from matching age and sex groups, suicide rates among patients who had bariatric surgery in Pennsylvania were substantially higher than the general population.

Some medical research questions whether weight is always an accurate indicator of health.

Obese patients were found to have a lower risk of sudden cardiac death than non-obese patients, researchers at the University of Rochester Medical Center in New York found in 2010 study. It’s an example of what doctors call the obesity paradox. In certain circumstances, a little chub is actually beneficial.

What really needs to shift, suggests Oliver, is not the number on the scale but our weight and health paradigm.

"We’d be better off spending our time and energy focusing on why we’re so preoccupied with fatness as a marker of a weak will," said Oliver. "I think that would be a very efficacious way to go forward."

Alizah Salario is a freelance journalist based in Chicago. Her work has appeared in The Daily Beast, Ms. Magazine and elsewhere. You can follow her on Twitter at http://twitter.com/Alirosa. 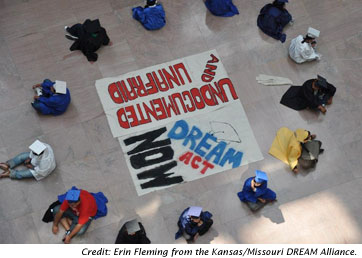 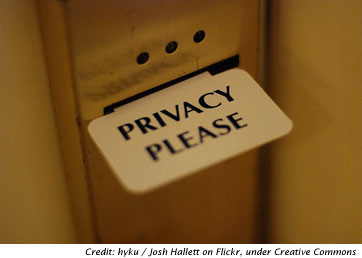 Rape Victims’ Privacy is Matter of Law, Not Shame