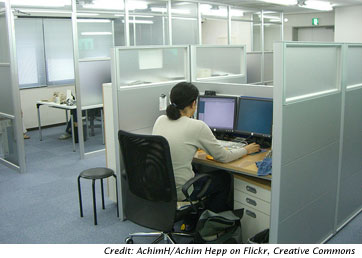 Married or single? Working full-time or part-time? Earning high or low? A few decades ago, Japanese women rarely attended university. But more choices and economic pressure have brought new polarities to their expectations.

TOKYO (WOMENSENEWS)–Tanako Nakayama, a 61-year-old librarian, says that when she was young, woman rarely went to college.

If they graduated, they became teachers or telephone operators. Single women in their 30s were called "loser dogs."

"I was one of the few special women who went on to university," Nakayama said. "After I graduated, I worked as a teacher in a private school owned by a big company. There was a lot of discrimination between men and women. Women could never become managers or section chiefs."

In the 1980s women still mainly studied how to be a good wives, she said. They learned cooking, tea ceremony and flower arrangement. "Nowadays it’s a lot better: Instead of just learning to be good wives, young women go to sports clubs."

These choices, however, aren’t evenly distributed or enjoyed, argues Toshiaki Tachibanaki, an economist and author of the attention-getting book here, "The New Paradox for Japanese Women: Greater Choice, Greater Inequalities." The book was published in English by International House of Japan in 2010, after a Japanese-language release in 2008 by the publisher Tokyo Keizai.

In his book, Tachibanaki asserts women now have more choices in their careers–they can work full-time, part-time or at home. But Japan’s long economic downturn, along with new opportunities for girls and women, have brought growing disparities and widening inequalities among women in Japanese society.

"Before Japan became affluent, many families sent their sons to university even if it was a financial strain on the family, but they educated their daughters only through high school or, at most, junior college," Tachibanaki said in a recent interview. "Families sacrificed their daughters’ education for that of their sons. This was mostly true for women who are now in their 40s and 50s."

But as this changed, and as girls moved into universities and the work force, numerous new gaps formed among them.

Chizuko Ueno, a professor of sociology at the University of Tokyo and a leading women’s studies scholar, agrees that economic insecurities have broken women into more distinct groups based on their own employment as well as that of their husbands. Today more than half of married women work and full-time housewives constitute less than one-third of married women, she says.

Women working for pay don’t necessarily do it by choice, added Ueno, who sees the gap between full-time homemakers and working women often explained by their husbands’ incomes.

Part-time workers are normally employed for six months or a year. They are paid on an hourly basis and are sometimes paid less than their male counterparts. They do not have paid vacation or allowances to support pensions.

Women made up about 89 percent of Japan’s 8 million part-time workers in 2009, according to the Health, Welfare and Labor Ministry.

The peak of unemployment in Japan was 5.4 percent in the third quarter of 2009, according to the International Labor Office G20 Statistical Update. In 2007 the unemployment rate stood at 3.7 percent.

Mikiko Kamura, 33, quit a job in the personnel department of an electric appliance company after three years, citing a burdensome work culture for women.

"At the office, in addition to a lot of paper work, usually women had to support men by making coffee, arranging tickets for business trips, answering phone calls, making photocopies, etc," she said.

It was standard practice at the company for female employees to quit if they got married or had children. Kamura recently got married and is thinking about her future. If she gets pregnant she would like to take maternity leave and return to her current job as an event planner. But in Japan it’s not that easy.

"In Japan, hiring babysitters like Americans is not common. Plus we don’t have enough facilities like nursery schools or day care centers," she said. Some of her friend’s babies are on waiting lists.

Japan’s birth rate has been decreasing, though the government is trying to change that trend.

"The leading Democratic Party in Japan decided to distribute child monthly allowances to families with children, which encourages fathers and mothers to have more children," Kamura said.

Setting up good facilities with reliable day care systems and staff for children is what young parents really need, she added.

Twenty-eight-year-old Taisuke Yamamura, a fitness trainer, says when he gets married he would like his wife to stay at home and take care of the household. But it will depend if he makes enough money to support a family.

"If my wife wanted to work, I would respect what she thinks," he said. "I can’t force her to stay at home."

Catherine Makino is based in Tokyo and has written for national and international publications, including the Los Angeles Times, Inter Press Service, the San Francisco Chronicle, Asia Times, Asian Wall Street Journal and many others. 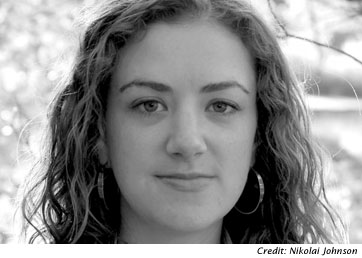