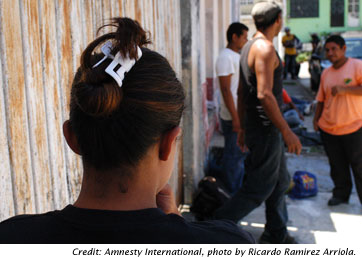 Central American female migrants seeking a better life in the United States risk huge dangers as they pass through Mexico. Human rights researchers say their chances of getting a humanitarian visa for what they suffer are almost non-existent.

MEXICO CITY (WOMENSENEWS)–When Mexico decriminalized undocumented migration from the nations south of its border through its country two years ago, it also started allowing migrant victims of violence access to humanitarian visas.

However, the visas are rarely issued and the process is so slow it’s nearly useless.

"They can try to file a report and wait all they want, but for most, the need to get to the U.S. is greater than the need for justice," said Leticia Bouteirra, an organizer with the Pastoral Commission of Human Mobility, a migrant rights and aid organization with offices across Mexico. She spoke through a Spanish translator. "This is outrageous, but this is the truth. There has never been a response from the government and the women are not going to wait for that."

Women constitute half the migrants making the journey from Central America all the way to the United States, said Emilio Chavez, acting director of Sin Fonteras, or Without Borders, a human rights organization based in Mexico City that aids migrants.

Women, he said, are disproportionately subject to abuse along the way.

"Violence against women is the most consistent pattern we see," he said. "Still, we see no kind of government response. These crimes go continually unnoticed. There is no protection for these migrant women. Nothing at all."

In an April report, entitled "Invisible Victims: Migrants on the Move in Mexico," Amnesty International noted that Mexico issued 14 humanitarian visas in 2008 and eight visas between January and June 2009. They were for cases of trafficking and-or kidnapping, according to the International Organization of Migration’s office in Mexico, which didn’t provide a gender breakdown of the statistics.

It can take months, or even years, to process a claim on any kind of abuse, including sexual violence. A successful applicant might be able to take a perpetrator to court or win refugee status in Mexico.

All the while, migrant women must wait in detention centers, where they can face intimidation and no guaranteed access to legal representation.

Detention rates of migrants for passing through Mexico have fallen sharply in recent years, but Chavez doesn’t see this as good news for migrants.

He thinks officials could be handing migrants over to criminal gangs, which during a six-month period between 2008 and 2009 kidnapped as many as 9,758 migrants, according to the Mexican National Commission of Human Rights.

Approximately 23,000 people in Mexico have died at the hands of drug cartel gang-related violence since President Felipe Calderone launched a crackdown on the attacks in 2006. While connections can’t always be made between drug-cartel violence and kidnappings and the trafficking and abuse of migrants in southern Mexico, migrant rights workers say transnational networks can interact in both types of crime.

Mexican immigration authorities could not be reached for comment.

They defended the current government, though, saying it was trying to stamp out corruption that hinders faith in the judicial process.

One of them noted that the federal government has started to deploy specialists on migratory routes, who assist underage female and male migrants traveling alone.

"The problem is that in Mexico the migrants don’t report the crimes and they don’t have confidence in the justice system," one of them said. They both asked that their names not be used due to the sensitive nature of the subject matter.

While migrants are no longer subject to imprisonment for traveling through Mexico, a police run-in can bring a worse fate, says the other migrant rights activist, who made the trip 20 years ago.

"Abuses are conducted by authorities, as well," said activist Patricia. "So if you are assaulted you wouldn’t want to report the crime because then the police would take you as their victims and that would be far worse, I’m sure…The police will pick you up and you know you aren’t coming back. They don’t care if you are a woman, a child or a pregnant woman. If you are a pregnant woman they might even treat you more violently."

In 1990, Patricia traveled for more than three months from Tiquisate, Guatemala, to reach Mexico City. It was enough time, she said, speaking through a translator, to "see everything."

That included the sight of sleeping women being plucked from their train compartments and police sweeping in on horses and carting off groups of women, leaving male migrants to die on the road from brutal beatings with wooden batons and metal chains.

It also included her own narrow escape from being kidnapped by a Mexican man who picked her and her sister up from the side of a main road in his truck and then tried to sell them in a brothel.

Patricia, now 39, works as a housekeeper in Mexico City, living a modest but peaceful life with her husband and their two children.

She never reached the United States–her original destination–but her story mirrors what approximately 100,000 Central American women go through annually, according to the International Organization of Migration.

In 2006, 23 out of 90 migrant women, about 25 percent, interviewed in a migrant detention center by researchers with Without Borders said they had suffered some type of violent assault, including sexual violence.

Many researchers say these numbers seem low, and Amnesty estimates that this incidence is closer to 60 percent. Thirteen of the women who told Without Borders about being attacked said a state official was responsible.

These attacks most often occur in the Mexican southern states of Oaxaca, Veracruz, Tabasco and Chiapas, according to Amnesty International. 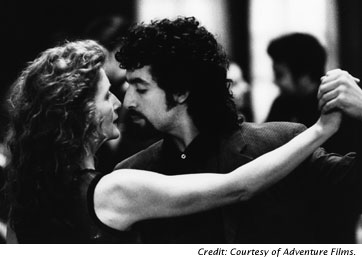 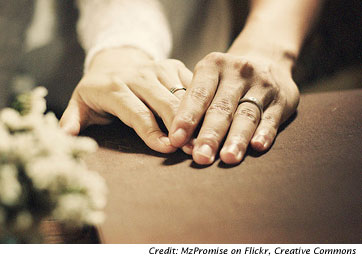