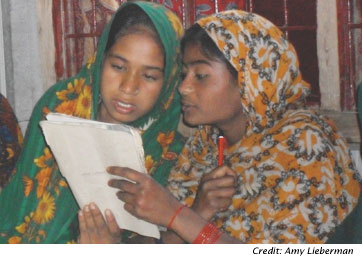 Bangladesh promises to be a star this September when the U.N. reviews development goals. But despite a strong start on girls’ education, many female-focused targets, including maternal mortality, are lagging far behind.

UNITED NATIONS (WOMENSENEWS)–A precocious, gender-sensitive civil society movement stirring in Bangladesh since the 1970s is expected to make the country a star among nations meeting here in September to re-affirm 15-year development pledges that face a deadline in 2015.

Bangladesh, the world’s most densely-populated country faces the worst consequences of climate change, but is nonetheless on track to meet the majority of the eight Millennium Development Goals, usually called MDGs, laid out by the United Nations 10 years ago, said Abdul Momen, Bangladesh’s envoy to the U.N.

Poverty reduction, for instance, is expected to be half of 1990 levels in five years’ time. Child and infant mortality stand to decrease by the targeted rate of two-thirds.

And as a result of the 2009 National Women Development Policy, the country expects to have women in 33 percent of its seats in Parliament by 2015, achieving one of the gender goals.

The present government, led by Prime Minister Sheikh Hasina, has brought a new tide of stability and progress in gender equality, said Momen. But this stability stands on shaky ground. Nationwide demonstrations against Hasina’s ruling Awami League party, led by opposition parties, turned violent yesterday, when at least 30 people were hurt after riot-police broke up the protests, according to media accounts. Protestors are calling for the May 2011 elections to be bumped up, citing autocratic leadership.

Even with these political tensions, Hasina has presided over her nation’s significant successes. At the same time, Bangladesh’s gender-focused goals still lag far behind.

The most glaring failure is associated with a U.N. goal calling for a reduction in the maternal death by two-thirds from the rate in 1990.

An estimated 14 percent of maternal deaths in Bangladesh are caused by violence against women, while 12,000 to 15,000 women die annually from hemorrhaging and other health complications, according to a U.N. Development Program 2008 report.

“In terms of health MDGs and maternal health we are in very bad shape,” Momen said in an interview in his New York office. “We have this resource gap that decreases our capacity dramatically.”

It will take an estimated $1.85 billion in additional foreign assistance allotted for maternal health specifically to decrease the maternal mortality to its target ration in Bangladesh, according to the United Nations Development Program.

Bangladesh allotted nearly $1.17 billion for “health and family welfare,” encompassing all health, not just women’s and maternal health, in its 2010-2011 fiscal budget. Though that’s a 16 percent funding increase from last year, it is still only 6 percent of the total budget, said Monisha Biswas, Bangladesh’s advocacy expert of the U.N. Millennium Campaign.

Some of the extra money will go toward recruitment of health care professionals, as well as an increase in medical clinics.

The Dhaka-based Bangladesh Rural Advancement Committee, said to be the largest nongovernmental group in the world, supplements that health funding by an additional approximate $40 million annually, or around 8 to 10 percent of its budget.

The group’s engrained social programs, as well as strong leadership and networks in Bangladesh, have been widely credited with bringing sweeping social changes to the country.

“Maternal mortality will not reduce until gender disparities within the households are addressed,” Hafiza said. “You have health projects where young mothers are targeted, but the elder decision makers in the family are not involved. That woman may not be able to decide whether she gets to see a doctor or not.”

That kind of cultural resistance represents a huge disappointment for BRAC and the numerous civil-society groups that run through Bangladesh like the 220 rivers flowing through its low-lying land mass.

These groups developed enormous prominence following Bangladesh’s 1971 independence from Pakistan, when foreign donors distrusted governmental corruption and funneled money instead to BRAC and other organizations, which amassed far more money than was controlled by the government.

BRAC offers income generating projects, microfinance opportunities and emergency humanitarian relief, among other programs, to nearly 70 percent of Bangladeshis. Microfinance services are at the heart of its holistic approach, designed to enable long-term business growth in rural areas.

BRAC recognized women’s prominence in sustainable development at its 1972 inception.

The organization now employs close to 120,000 Bangladeshis, 60 percent of whom are women, Hafiza says. More than 98 percent of its 7.37 million microfinance borrowers and savers are women and female household heads.

The government has also made some headway in girls’ education. In 2001 Bangladesh started offering girls access to free public education, nine years ahead of providing it to boys. As a result of this staggered approach the country eliminated gender inequities in primary education in 2005, 10 years ahead of schedule.

The policy led to female-dominated classrooms as of 2007, but up to 85 percent of girls still drop out of school between the ages of 9 to 13.

Though the nation, as a result of BRAC and government initiatives, could still reach its goal of an even boy-girl admittance ratio in secondary schools, it won’t come close to its target of equal representation in higher education by 2015.

The high dropout rate will also continue to counteract the goal of achieving equal representation of women in the non-agricultural work force, Momen says. If women haven’t graduated from universities, they aren’t able to fill certain positions.

“Eve-teasing,” a euphemism for sexual harassment in Bangladesh, is one of the factors that’s discouraged girls from attending school, rights workers say.

The U.N.’s goals do not take measure of sexual violence or harassment, yet 62 percent of Bangladeshi women in a rural province reported suffering sexual violence at some point during their lives in 2005, according to the World Health Organization.

“We need security on the way to schools,” said Farah Kabir, country director of ActionAid’s Bangladesh program. “We’ve had 18 girls commit suicide in 2010 because of the harassment they faced.”

Another potential reason for the dropout rate is that teens in rural Bangladesh–whose families face more expensive dowry costs as they age–continue to marry as young as 13 or 14, and become pregnant within the next two years, say researchers.

“The strides we have taken are amazing, when you compare us to other South Asian countries, but that is not our standard,” Kabir said. “We are talking about human rights, equal rights, and for those, we have a long way to go.”

One response to “Bangladesh Development Star Doesn’t Shine for Women” 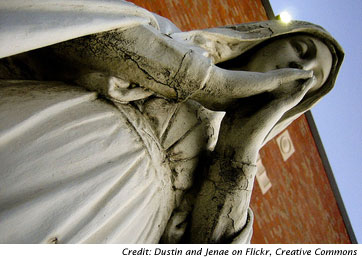