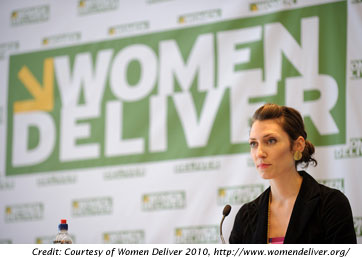 A second major global gathering on women’s maternal health wrapped up in Washington, D.C., June 9. Participants celebrated progress and a huge new funding infusion and focused pressure on the G-8 summit in Canada later this month.

WASHINGTON (WOMENSENEWS)–More than 3,500 women from 146 countries converged on the nation’s capital this week for a second major conference on maternal mortality.

They celebrated benchmark achievements in reducing maternal and infant mortality and faced stubborn failures at the same time.

The gathering, organized by the global advocacy group Women Deliver, was able to savor success stories in countries such as Sri Lanka and Malawi, where maternal deaths have been significantly lowered since the first conference was held in London in 2007.

But the Women Deliver conference also offered a forum for tales of women still dying preventable childbirth deaths and of inadequate access to family planning services for 215 million women worldwide.

"We must fight for women’s health with all our resources all the time," pledged U.N. General Secretary Ban Ki-Moon at the opening session on June 7.

Melinda Gates, a major philanthropist in this field, followed later that morning to announce $1.5 billion in new support from the Gates Foundation, based in Seattle, for programs targeting women’s health. She said she hoped that donation would spur the G-8 summit in Canada on June 25, where leaders of eight of the world’s most industrialized nations will meet, to step up in a similar fashion.

"Women and children have finally moved up on the global agenda, and I’m here to tell you that’s where they are going to stay," she said.

The mother of three added that she "cannot imagine being denied access to the tools" to plan her family and the "basic right to decide how many children to have."

Gates emphasized a theme that emerged in several sessions throughout the three-day conference: the need for a more integrated approach to global family planning efforts that doesn’t address one disease or problem at a time, but instead focuses on caring for the total human being.

"I’m making women and children’s health my personal priority as co-chair of the Gates Foundation," she said.

The group’s agenda calls for another $12 billion a year to achieve the millennium development goals for combating maternal and newborn mortality–MDGs 4 and 5. In September, the U.N. will host a review session for progress on the MDGs–a set of international promises to fight world poverty–as part of the annual General Assembly.

Only a handful of the conference’s 140 panels focused on access to safe abortion.

"We are going to have great differences of opinion on abortion. That is the reality in our society," Veveer told one panel titled "A Better Life for the World’s Women." "But this is something we can agree on. We know family planning reduces abortion. We know it reduces maternal mortality. We know it improves the life of the mother."

Abortion Study in the Conference Bag

The sidestepping of abortion was noted in some media reports, but Jill Sheffield, founder of Women Deliver, told Women’s eNews that a report by the Guttmacher Institute, the New York-based research group, on abortion was purposely included in the conference bags for all attendees.

"The answer is that access to safe services when women need them is really really important. The Guttmacher report was in the conference bag because we need to find a common ground to talk about this and do something about it, and I think the way that is going to happen is through evidence, and their documents are full of evidence," she said.

The conference brought together some 80 parliamentarians from various countries, nearly 50 ministers of different kinds and the first ladies of several African nations.

Sheffield has hoped first lady Michelle Obama would play a role. "We need all the political power we can get," she said.

While the conference looked outward, to other parts of the globe, maternal mortality remains a significant problem in its host country.

Amnesty International reported that two women die every day in the United States from complications of pregnancy and childbirth.

"I think the U.S. was shocked by what they read and the fact that we are one of the few Northern industrialized relatively rich countries where maternal mortality is going up, at least in pockets it’s going up," said Sheffield.

Countdown 2015, an initiative of governments, international agencies and others working toward the MDGs, released a report at the conference tracking 68 developing countries where over 95 percent of maternal and newborn deaths occur. It found pockets of progress but concluded that most countries are not on course to meet the goal of MDG5, which aims to cut maternal deaths by 75 percent from 1990 to 2015 and achieve universal access to reproductive health.

The good news included countries like Mozambique and Malawi, where over 90 percent of C-sections in rural areas are now performed by trained surgical technicians. In Nepal, where unsafe abortions had contributed to a soaring maternal mortality rate, liberalization of the country’s abortion law in 2002 helped cut in half maternal mortality. In Sri Lanka, a concerted government effort has cut maternal mortality to one of the lowest rates in the developing world.

However, the Countdown report found that overall funding for family planning programs has declined over the past two decades. In addition, it said Africa alone needs 1.5 million more health workers if mothers and children are going to receive the care they need to survive.

Conference participants repeatedly referred to the need to customize programs based on cultural differences among countries.

"Every culture has a stew and its different ingredients," said Sheffield. "We need to honor their preferences and how they respond to different things."

Sheffield said Women Deliver was timed to build momentum for the G-8 summit in Canada later this month, followed by the meeting this summer of African heads of state and the U.N. General Assembly in September.

"Everybody agrees that women have been delivering for the world and now it’s time for the world to step up to the plate and deliver for women," she said.

"The value of the conference is reemphasizing for everybody that safe motherhood is a fundamental human right," said Dr. Pamela Lynam, who came to the conference from Kenya, where she is the country director for Jhpiego, an international health organization affiliated with Johns Hopkins University in Baltimore. "If every woman in the world only had children when she wanted to, we’d have a whole new world. That’s the kind of revolution we need."

Linda Kramer is a Washington-based reporter and professor of journalism at Georgetown University. 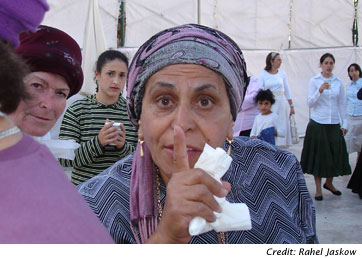 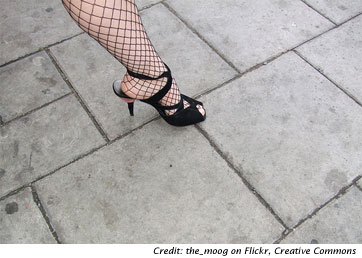