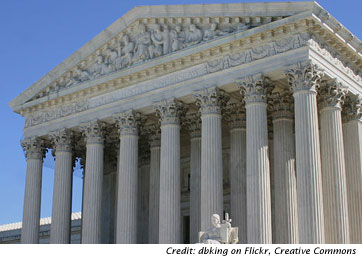 Justice Stevens’ retirement subtracts a key defender of abortion rights from the bench at a time when crucial cases loom. With much at stake, advocates on both sides of the choice divide are gearing up for what is expected to be an intense nomination fight.

(WOMENSNEWS)–The roughly one million U.S. women who undergo an abortion each year have a lot riding on whoever is chosen to replace Supreme Court Justice John Paul Stevens after he retires this summer.

Last week, the Nebraska legislature passed a law barring abortion after 20 weeks because of the possibility that a fetus could feel pain. Americans United for Life predicted that the law would "be the next big abortion case considered by the Supreme Court" because it challenges Roe. v. Wade, which set viability–the ability of the fetus to survive outside the uterus–as the dividing line for abortion restrictions.

Fallout from abortion-coverage restrictions in health care reform, meanwhile, could also reach the High Court, said Nancy Keenan, president of Washington-based NARAL Pro-Choice America, in an interview. "In the past, Stevens has been able to attract the support of the court’s swing vote–Anthony Kennedy–so it is important that his successor have this ability too," she said.

Amid such high stakes for a woman’s right to choose, the selection process is expected to be more politicized than the nomination of Justice Sonia Sotomayor a year ago.

That’s because the November election of Sen. Scott Brown, Republican of Massachusetts, means Democrats can no longer hold off a Republican filibuster. That is turn puts any nominee with a pro-choice paper trail under intense political pressure.

Sen. Jon Kyl of Arizona, an anti-choice activist and the No. 2 Republican on the Senate Judiciary Committee, said last week he would not rule out a filibuster.

NARAL Pro-Choice America, meanwhile, is gearing up in the opposite direction.

"Our 600,000 supporters will be contacting their senators to make sure that Stevens’ successor is a strong supporter of Roe, which made abortion legal," said Keenan. "Although five other judges are currently on record as supporting the essential holding of Roe, the nature of that support is tenuous. If Stevens is replaced by a less vigorous supporter of the right to choose, the balance would shift dramatically. The Supreme Court has decided the three most recent abortion cases by a one-vote margin."

The retirement of Stevens–a Republican appointee who has turned into the leader of the liberal bloc–won’t affect the balance of liberals and conservatives on the court. However, since Stevens is the court’s lone Protestant, his departure creates the prospect of a bench for the first time without any Protestants. Historically, Protestants have defended the right to choice. Six of the nine justices on the current Supreme Court are Roman Catholics, composing half of the Roman Catholics who have ever served on the court.

But for abortion rights, the balance is delicate. Stevens has often been willing to go further than the majority in striking down laws that limit a woman’s access to abortion. In Planned Parenthood v. Casey, a 1992 decision that reaffirmed the constitutionality of the right to abortion in Roe, Stevens would have eliminated Pennsylvania’s 24-hour waiting period and stringent counseling requirements.

Delaying the confirmation of Stevens’ successor for a few months after his retirement–until after the November congressional elections–is one way to potentially dampen the damage a pro-choice record could have for a nominee. But such a course would be tied to the chances of Democratic victories in November; the huge political question that the starkly partisan vote on health reform has left hanging in the air.

Sotomayor was confirmed by a vote of 68 to 31. No Democrat voted against her, while all but nine of the Senate’s 40 Republicans did.

As Many as 10 Nominees

This time around, White House officials have said they are considering as many as 10 potential nominees. The list includes federal appeals court judges like Diane P. Wood of the 7th Circuit in Chicago and Merrick B. Garland of the District of Columbia, Solicitor General Elena Kagan, Secretary of Interior Ken Salazar and Minnesota Sen. Amy Klobuchar.

The Senate may be more likely to approve one of their own–Salazar, a former Colorado senator, or Klobuchar–than they would a judge or academic, especially one with a liberal record. University of California Berkeley Law Professor Goodwin Liu is currently facing a tough fight for appointment to the 9th Circuit Court in San Francisco. Republicans have attacked him for his "activist" approach. In 2009, he co-authored "Keeping Faith With the Constitution," in which he argued that courts should interpret the Constitution with flexibility in light of historical and societal changes.

The Senate has rejected only 12 of 151 nominees to the U.S. Supreme Court. The last rejection occurred in 1987 when Justice Robert Bork of the U.S. Court of Appeals for the District of Columbia alienated Massachusetts Sen. Edward Kennedy and other pro-choice Democrats on the judiciary committee by claiming that the Constitution does not contain the right to privacy, a pillar of the Roe decision.

Pro-choice groups haven’t stated whether they would support any of the nominees on Obama’s reported list. However, the National Organization for Women has called on Obama to nominate a woman to fill Stevens’ seat to achieve gender parity. (There have been only three women among the 111 justices who have served on the court.)

Appointing a woman may enhance the likelihood that Roe will be retained. Justices Ruth Bader Ginsburg, who has served on the court since 1992 when she was nominated by President Clinton, and Sandra Day O’Connor, who was tapped by President Reagan in 1981 and retired in 2005, consistently supported Roe. 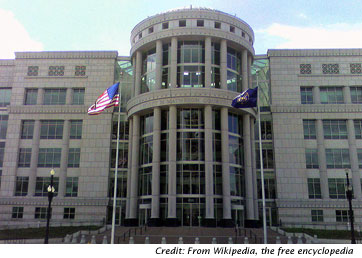 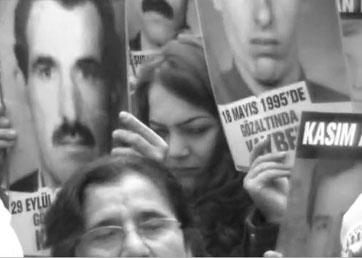