A judge in Nebraska has joined his counterparts in New York and San Francisco and declared the so-called Partial Birth Abortion Ban Act unconstitutional. The ruling could spell the end of the 2003 ban.

He is the third of three federal judges from three parts of the country holding three separate trials to reach the same conclusion: that a federal ban on abortion passed by Congress and signed by President George Bush in 2003 cannot stand up against the constitutional rights of women to make their own medical decisions about abortion without the interference of the government.

At a minimum, the judges said, the law cannot endanger the health of women who need an abortion by threatening their doctors with arrest for using their best medical judgment.

"The Attorney General cannot enforce this ban. It’s a goner," said Priscilla Smith, director of domestic litigation at the New York-based Center for Reproductive Rights, which challenged the law in Nebraska federal court.

The ban could have had broad national impact on doctors and other health providers in every state. In order to assure that medical personnel would have the widest possible protection from arrest, pro-choice lawyers developed a strategy of challenging in three different federal courts the law that barred common abortion procedures performed after the 12th week of a pregnancy.

Women’s health and legal experts say that the federal law barring so-called partial birth abortions represents a long-standing campaign by the National Right to Life Committee to challenge women’s right to choose through restrictive legal measures combined with expansive and often misleading rhetoric aimed at increasing public opinion against abortion. In the instance of "partial-birth abortion," the rhetoric did not reflect how the law would actually affect women, leading to much public confusion.

Signed into law by President George W. Bush in November 2003, the legislation attempted to overturn a decision of the U.S. Supreme Court in 2000, which rejected similar state laws.

In that case, known as Stenberg v. Carhart, the nation’s highest court found that Nebraska’s so-called partial birth abortion law impermissibly endangered a woman’s health. It also said the law was too broad, extending to many types of abortion practices after the 12th week of pregnancy, and not simply to "late-term" abortions, as is often mistakenly believed.

But Congress continued to pursue a federal ban, ignoring and even attempting to overrule the Supreme Court.

In this most recent round of court challenges, all three federal judges responded vigorously, even though they had differing perceptions of the medical procedure at hand.

Judge Kopf issued a 474-page opinion, responding to Congressional claims that an earlier opinion he wrote was thin on reasoning. His opinion begins with a quotation from a PBS television broadcast, describing the "tiny passageway" of the cervix, which must widen so greatly to permit the passage of a fetus. The surgical process that the law bans deals with this very real biological fact, Judge Kopf noted.

"While the procedure is infrequently used as a relative matter, when it is needed, the health of women frequently hangs in the balance," he said.

Judge Kopf found that the law is unconstitutional because it lacks a health exception, bans abortions prior to viability, and that, as a law that subjects people to arrest, is too vague. Unlike the other judges, Judge Kopf only barred enforcement of the law when it applies to fetuses prior to viability and declined to apply the decision to viable fetuses.

Disparity Between Rhetoric and Reality

Framing the judgment in this way underscores the disparity between the rhetoric and the reality of the law. Despite constant references to "late term" abortions, almost no post-viability abortions (after approximately 24 weeks) are performed in the United States, and the Supreme Court said 30 years ago that states could even ban post-viability abortions as long as there were protections for a woman’s life and health.

U.S. District Court Judge Richard Conway Casey in New York, for whom the ban’s supporters held out the strongest hope of courtroom success, was highly critical of Congress, stating that it acted unreasonably.

"Congress’s fact findings were not reasonable and based on substantial evidence," wrote Judge Casey in his August 26 opinion. Judge Casey was stern with abortion providers in court and described abortion procedures in disparaging terms.

The most expansive decision was released by Judge Phyllis Hamilton in the U.S. District Court in San Francisco on June 1. In a 117-page decision, she broadened the opinion of the U.S. Supreme Court, finding that the federal ban placed an unconstitutional burden on women’s right to choose abortion before viability.

"Congress’s grossly misleading and inaccurate language appears to have been intentional. Congress was aware that the act as written applied to pre-viable fetuses," she wrote.

Hamilton has been criticized by anti-choice groups. One conservative online organization called for her impeachment as a judge and refers to her as "butcher of the bench."

The Justice Department has already appealed the decision in San Francisco. Following the most recent defeat, it issued a statement that President Bush "pledged that ‘the executive branch will vigorously defend this law.’"

Attorney General John Ashcroft "will continue to defend the law to protect innocent new life from partial birth abortion," the statement added. The passage of the Partial Birth Abortion Ban Act is listed in the Republican Party platform as one of the successes of the Bush administration.

"Sadly, right-wing ideology often determines what legislation is considered by Congress–not the Constitution or, more simply, common sense," she said.

If the Justice Department decides to appeal the New York and Kansas cases, as well, the circuit courts of appeals will probably fall in step with the federal district courts and reject the law. If President Bush is not reelected this November or does not reappoint Ashcroft, a new Attorney General could drop the appeals altogether.

Although media reports often say that the issue is headed to the U.S. Supreme Court, the court need not accept it. Judicial observers believe that the court would not do so because it has already ruled on the substance of the issue.

But both pro-choice and anti-choice groups point to the issue as highlighting the importance of the naming of new justices to the Supreme Court. Douglas Johnson, legislative director for National Right to Life Committee, said the future of the ban would be dependent upon "future appointments to the Supreme Court," and pointed out the support of President Bush on this issue.

A modified ban that conformed with the constitutional standards protecting the health of women has not been supported to date by the National Right to Life Committee or anti-choice members of Congress, noted Smith.

The National Right to Life Committee yesterday called for passage of new legislation, "Unborn Child Pain Awareness Act," which would force doctors to tell women seeking abortions information about fetal pain–even though the premise remains controversial within the medical community.

Cynthia L. Cooper is an independent journalist in New York who writes frequently about reproductive rights and justice topics. 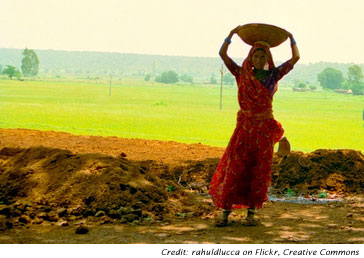 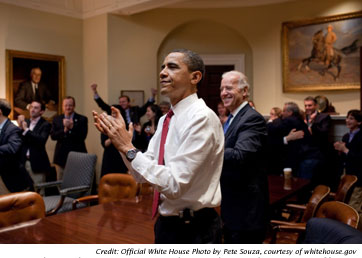