The Deficit Reduction Act of 2005 is making it harder for some women to qualify for Medicaid, reproductive health clinics say. This in turn is squeezing Title X grants that ensure services each year for about 5 million women.

With Keroack out of their way, however, health practitioners are quick to point to a serious hurdle still in place: the implementation of the Federal Deficit Reduction Act of 2005, which is expanding the pool of patients coming to clinics with no way to pay.

Last fall, many of those advocates protested Keroack’s appointment to the Office of Population Affairs in the Department of Health and Human Services, fearing that family planning services for 5 million women could be imperiled by Keroack’s anti-choice stance on contraception and abortion.

"Keroack was the ultimate example of the fox guarding the hen house," says Nancy Clack, vice president for public policy and advocacy for the New York-based Planned Parenthood Federation of America. "It’s just common sense to appoint someone to this post who understands the vital importance of affordable birth control and access to basic family planning information."

Before his appointment Keroack–now the target of a state investigation into his private medical practice–was affiliated with a string of crisis pregnancy centers in Massachusetts that publicly disavowed birth control and abortion.

Now the deficit reduction act–passed in an effort to curtail expenditures in Medicare and Medicaid–is tightening documentation standards for recipients and causing clinic administrators to rely more than ever on their fixed pool of Title X funds. Those monies provide on average one-quarter of the annual operating budgets of 4,500 reproductive health clinics.

Clinics often apply Title X funds to infrastructural costs, such as rent, staff training and community outreach. The funds also provide free and low-cost care to patients who earn up to two and a half times the poverty level and don’t qualify for Medicaid. Neither program allows federal funding to be used for abortion services.

Every year Title X grants are used to help provide approximately 5 million women–two-thirds of whom live in poverty–with comprehensive reproductive health care, including contraception and treatment for sexually transmitted infections, but also breast exams, pap tests and diabetes testing, among other services.

But Medicaid cuts under the deficit-cutting law are applying new pressures on service providers.

"We are already starting to see some of the effects," says Berger. "Clients who would otherwise be eligible for Medicaid do not have the original copies of documents (like a birth certificate or passport) and therefore remain uninsured and draw down on precious Title X dollars."

Title X has also helped cover women in other circumstances. "We see a lot of minors who, in fact, are covered by a parent’s insurance," says Berger. "Many of them are afraid to use it because of confidentiality concerns."

The stricter Medicaid documentation requirements of the Deficit Reduction Act are said to have the unintended consequences.

In the past, most people could produce a social security number or a driver’s license to enroll in Medicaid, the joint federal and state program that covers health care for low-income individuals and families and provides roughly 60 percent of the $1.26 billion spent annually by the government on family planning.

But the 2005 Deficit Reduction Act, signed into law in 2006, requires applicants to prove U.S. citizenship with either a U.S. passport or an original birth certificate and an identification document.

Inability to meet the tighter requirement could mean delay or denial of care for millions of individuals, according to a 2006 survey by the Center on Budget and Policy Priorities in Washington. The center found that nearly 10 percent of U.S.-born adults with incomes below $25,000 a year do not possess either a birth certificate or a passport.

In 2006, Congress allocated $283 million in Title X funds, nearly the highest dollar amount since the program’s inception. Clinic administrators, however, often describe Title X as frozen or cut because, due to inflation, the purchasing power of current Title X funds is less than half of the 1980 level.

A 2002 study by the New York-based Guttmacher Institute found that Title X funds spent on contraceptives increased 26 percent between 1998 and 2001, while total funding grants only rose about 10 percent.

Caught Between Costs and Needs

"The clinics and the clinic system are caught between rising costs and rising needs and funding streams that are simply not keeping up with either one of those," says Rachel Benson Gold, director of policy analysis at the Guttmacher Institute. "This is putting an enormous amount of pressure on those clinic systems."

A 2003 Guttmacher survey of publicly subsidized family planning providers published last year also found that more than half of clinics did not stock certain newer contraceptive methods because of the cost.

"We’re playing in a market that we just can’t survive in," says Karrie Galloway, CEO of the Planned Parenthood Association of Utah. Some of the women we serve can’t afford even $4 for birth control pills, she said and described the rock-and-hard place many women are now between: "Either you buy your kids lunch at school or your contraception."

The federal government began subsidizing family planning services in the 1960s as part of the war on poverty.

In 1970 the passage of Title X, the first and only federal program devoted entirely to increase access to family planning, fueled rapid growth in publicly funded family planning clinics to 5,000 in 1981 from 1,400 in 1968. Currently, more than 7,500 clinics across the country provide federally subsidized family planning care.

As poverty increases, the need for subsidized family planning services continues to rise. According to Guttmacher, 17.4 million women were in need of publicly funded contraceptive services in 2004, an increase of 1 million from 2000. Yet increasing economic constraints have meant that many clinics have had to cut staff, reduce hours or scale back services.

In 1999, two-thirds of family planning agencies waived fees for adolescents seeking care. In 2003, fewer than half–44 percent–did so. In recent years, clinics serving low-income women have closed in Missouri, Washington state and Texas.

Peggy Romberg, executive director of the Austin-based Women’s Health and Family Planning Association of Texas, believes that the greatest damage may be to the nationwide network of women’s reproductive health care that Title X helped establish.

"You can’t immediately spring back," Romberg says, "if you’ve let your lease go, let your staff go. The end result is the infrastructure for family planning delivery is being irreparably harmed."

Nadia Berenstein is a writer and artist living in Brooklyn, N.Y. 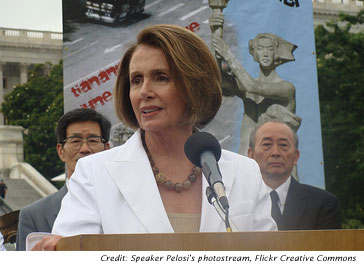