Honorees include those who have survived the recent mass shootings in Ulvade, Buffalo,and Orlando.

On October 26th, Women’s eNews will honor ’21 Leaders for the 21st Century’ at its 22nd Annual conference in New York City. The 2022 honorees were selected due to their unbridled COURAGE by standing up to long-standing patriarchal barriers in leadership, tearing down employment obstacles for people with disabilities, and for those who have not only survived mass shootings at schools and public venues in the US, but have gone on to help other survivors and those who have lost family members to the violence.

“Women’s eNews is honored to salute these courageous individuals and organizations that have shown true bravery during these very challenging times,” says Lori Sokol, PhD, Executive Director and Editor-in-Chief of Women’s eNews. “As we prepare to go to the voting booths just two weeks later on November 8th, it is important to bring these crucial issues to light in order to elect candidates who support the marginalized, as well as those who are determined to protect all Americans from increasing gun violence.”

Honorees include VictimsFirst, a pro-bono organization created to help victims of mass casualty crime; Paramount Global/CBS, which created an expanded database of performers with disabilities in consultation with advocacy groups, outreach, independent research and open calls; and Breakthrough Film of the Year, THE AMERICAN DREAM AND OTHER FAIRY TALES, a recently released film where Abigail Disney grapples with America’s profound inequality crisis, exploring systemic injustice through her family’s story. (For the full list of 2022 Honorees, please click here.)

The honorees will participate in panel discussions on some of the most crucial issues impacting women today including: Inclusion, Business Leadership, Media, Philanthropy and the Disabilities community. Loreen Arbus, President of the Loreen Arbus Foundation and Loreen Arbus Productions and a pioneering activist for people with disabilities, is serving as Honorary Gala Chair for the seventh consecutive year. Deborah Santana, peace and social justice activist for women and people of color, is serving as Honorary Gala Co-Chair for the third consecutive year.

The conference will take place at Club 101’s luxurious ballroom (101 Park Avenue), from 10am – 3pm (EST). A cocktail reception for honorees only will be held the evening before at the private residence of Honoree Julia Haart, star of Netflix’s ‘My Unorthodox Life’ and author of the NY Times bestseller, ‘BRAZEN.’ The evening reception will also feature a performance by Grammy award-winning, Third World.

Tomorrow: WOMEN MARCH FOR OUR LIVES! 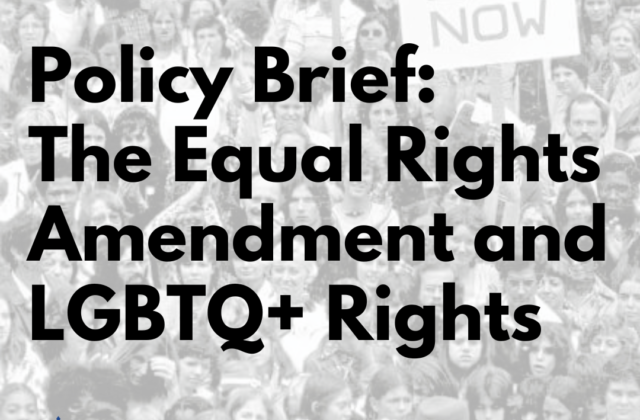 Protecting Queer Youth: Why Title IX is Not Enough, but the ERA Is!