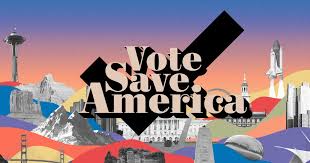 Don’t Sit This Election Out. Your Country Needs You!

“If someone says, ‘I was making a statement by not voting,’ then respond, ‘Well, I can’t hear it!’”

Since midterm elections rarely have the pizazz of a presidential contest, a lot of eligible citizens don’t bother to vote in them. To a growing number of those citizens who do vote, failing to cast a ballot this year would be comparable to crew members of the Titanic abandoning their posts as the ship approached the iceberg. I’m not being hyperbolic.

Choose your own definition: We’re in a crisis, we’re at an inflection point, the shift has hit the fan. However you characterize this moment in the United States of Disruption, people across the political spectrum agree: Staying on the sidelines this election is a cop-out.

For an increasing number of citizens, it’s hard to fathom that anyone would feel apathetic about voting this fall. If you’re thinking about sitting it out, take a minute to consider the world your children and grandchildren will inherit. If you don’t want to vote for yourself, then vote for them.

In the U.S. — like in so many other countries on every continent — the natural environment is being battered by one catastrophe after another, from unprecedented wildfires to super hurricanes. Our interconnectedness among the family of nations means that these emergencies — as well as the floods in Pakistan, the blistering heatwaves from India to Europe, and the droughts from Africa to China and, of course, the war in Ukraine — are impacting life from the gas pump to the grocery store. Will connecting these dots — as well as the others that reveal the fragile state of democracy — contribute to more citizens voting? I hope so.

There’s a growing movement of people who believe that not voting should be against the law. Think that’s far-fetched? Consider Australia. It’s compulsory for every eligible Australian to vote in all elections and referendums. That’s a worthy model for Congress to look into adopting down the road. Right now though, whether by mail, early, or on the day of, vote.

Compared to most high-income countries, turnout in the U.S. is below average, according to the Council of Foreign Relations. In the 2020 national elections, for example, just 62% voted. Compare that with high-turnout countries, including Belgium, Sweden, and the Netherlands, at 75% or higher.

In 2020 only 70% of eligible voters were registered, the Census Bureau reported. Since citizens can still register in many states, reach out now to those you know among the apathetic 30%.

If voting to ensure that future generations have a livable planet to inhabit isn’t reason enough, how about voting as a patriotic act? Despite the term being variously interpreted by different constituencies, perhaps we can all agree on one core belief: Patriotism places the well-being of the nation ahead of our own.

In this fraught moment, patriotism certainly means more than “public service” or “volunteering” or “being a good citizen.” Being a patriot today is akin to a firefighter rushing into a burning house, except it’s not to save the inhabitants. It’s rushing into a house divided in order to save democracy from being scorched beyond recognition.

By sharing these ideas with those you know — or suspect — aren’t planning to vote, remind them of these basic truths:

• Voting is important because it’s the best way to ensure our voice is heard about how government is run.

• Voting is important because the people we choose to represent us have real impacts on our lives.

• Voting is important because the freedom to vote is among our most cherished rights.

• Voting is important because it expresses our commitment to each other, our country, the world and ourselves.

The actor-activist Jesse Williams has an answer for those who don’t vote. “If someone says, ‘I was making a statement by not voting,’ then you say, ‘Well, I can’t hear it.’”

Plato, more than 2,000 years ago, went even further. “One of the penalties for refusing to participate in politics is that you end up being governed by your inferiors.”

Rob Okun, syndicated by PeaceVoice, writes about culture, politics and social change. He is editor-publisher of Voice Male a magazine chronicling the profeminist men’s movement. 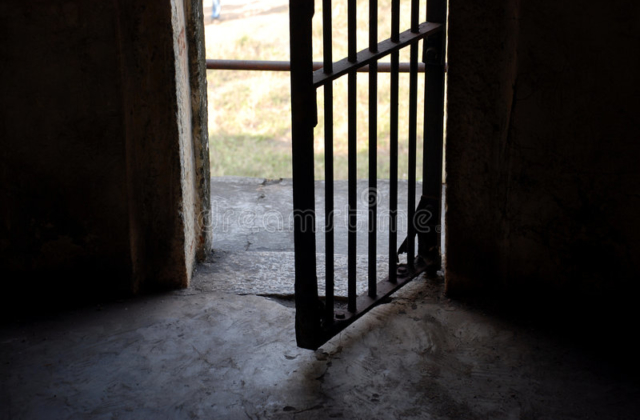 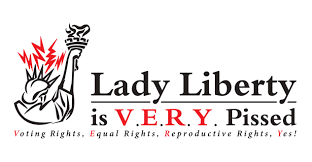 Disobedience After Dobbs? Gloria Steinem Speaks Out on the latest ‘Lady Liberty is V.E.R.Y. Pissed’ Podcast