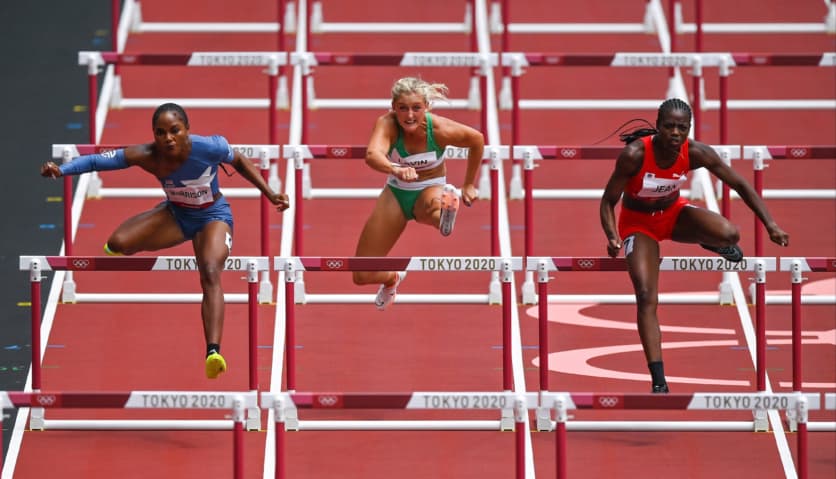 ‘One cannot simply outperform inequality or be excellent enough to escape discrimination of any kind.” – Megan Rapinoe

Female and male Olympians never compete on a level playing field. Women must clear at least four major hurdles which men, because they are men, never have to clear.

First, women elite athletes had to fight to compete in the Olympics. In 1900, women were finally allowed to participate, but only in a limited number of venues, including golf, sailing, tennis, and croquet. Of the 997 total athletes that year only 22 were women. Today, in Tokyo, of the 613 Olympians representing the U.S. a majority, 329, are female.

With that battle won, women began a seemingly endless struggle for equal pay. Take, for example, women’s soccer. “Despite vastly outperforming their male counterparts…players on the women’s national team bring home only 89 cents for every dollar paid to men, and earn far less in prize money and bonuses for the wins they keep racking up for our country.

It appears that even the most successful and highly visible women athletes cannot close the gender wage gap. In her 2021 impassioned testimony before the House Committee on Oversight and Reform in support of equal pay, soccer star Megan Rapinoe said, “There is no level of status, and there’s no accomplishment or power that will protect you from the clutches of inequality. One cannot simply outperform inequality or be excellent enough to escape discrimination of any kind.”

The experience of these players underscores an inescapable fact: Even the most successful and highly visible women cannot overcome the gender inequity in wages. A lifetime of lower wages has cascading consequences for women, who end up with fewer assets, more debt and less money saved for retirement than men.

In addition to fighting for gender pay equity, world-class women athletes have had to confront the rampant sexual abuse that they were subjected to, often by Olympic officials. Stories of Larry Nassar’s sexually abusive behavior began trickling out as early as 1997, the year in which he was named “gymnastics team physician and assistant professor at Michigan State University.” According to one gymnast, her “concerns were dismissed by a coach who said Nassar was ‘an Olympic doctor’ and ‘knew what he was doing.’”

When Michigan State softball player Tiffany Thomas Lopez told “three university athletic trainers and one staff member that Nassar was sexually inappropriate during medical treatments… she was told that “she was fortunate to receive the best medical care possible from a world-renowned doctor.’”

Hundreds of women have come forward with allegations against him, some of which date back decades. Olympic gold medalists Biles, Aly Raisman, McKayla Maroney, Gabby Douglas, Jordyn Wieber, Kyla Ross and Madison Kocian are among those who said they were abused.

Thanks to several prominent Olympians who spoke out, Nassar’s crimes drew national attention. Gymnasts Simone Biles and Aly Raisman, gold-medal winning U.S. gymnasts came forward in 2017 as one of dozens of gymnasts to have suffered sexual abuse at the hands of former USA Gymnastics doctor. Since Nassar’s imprisonment, Raisman has partnered with Darkness to Light, a leading advocate for the prevention of child sexual abuse.”

With all the media attention paid to these cases, change seems in the air; time and continued effort will tell.

The fourth uniquely female hurdle facing today’s Olympians is the right to play while pregnant and caring for an infant. Female athletes are defying the societal narrative that they should “take it easy” during pregnancy and beyond by defying stereotypes and continuing to compete.

Unfortunately, a woman athlete’s struggles do not end with the birth of her child; major barriers persist. After the birth of her daughter in November 2018, Allyson Felix, winner of multiple gold medals in Track, wrote in a NY Times Oped, “I felt pressure to return to form as soon as possible …even though I ultimately had to undergo an emergency C-section at 32 weeks because of severe pre-eclampsia that threatened the lives of me and my baby. Her daughter, Camryn, was born, seven weeks premature. Cammy weighed 3 lb. 8 oz., and spent about a month in the NICU before Felix …took her home. Her daughter’s birth was a turning point. Allyson was transformed almost overnight, “into a fighter for women’s equality.” She “almost single-handedly took on Nike [her sponsor] into treating female athletes better when she broke confidentiality clauses and spoke about how the company cut her pay and pushed for a quick return to competition after she became a mother.”

In response to tackling these hurdles, many elite-female athletes have become activists, urging people with power to right these wrongs and sharing their punishing journey with a world-wide audience. Allyson now advocates for child-care help for mothers as they train and compete for the Olympics and beyond. She also testified before Congress about pregnant black women’s maternal mortality risk. She has since started her own shoe brand, Saysh, and ran in one of her creations when she won both of her medals in Tokyo.

She and her fellow activist Olympians who are battling these gendered hurdles are fighting for equality for all women and girls who dream of combining athletics with raising a family. But it shouldn’t have to take a courageous superstar to speak truth to power in order to make long-overdue changes to level the playing field. 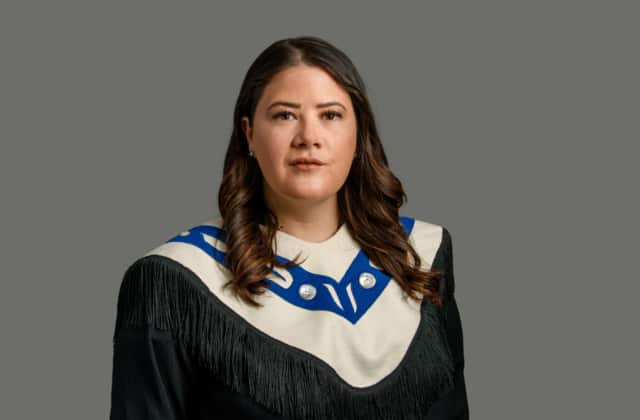 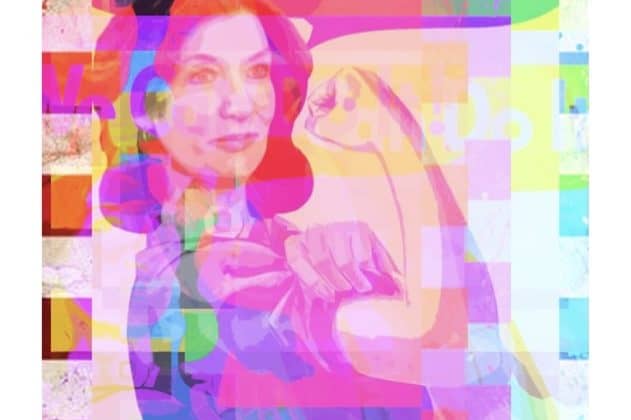