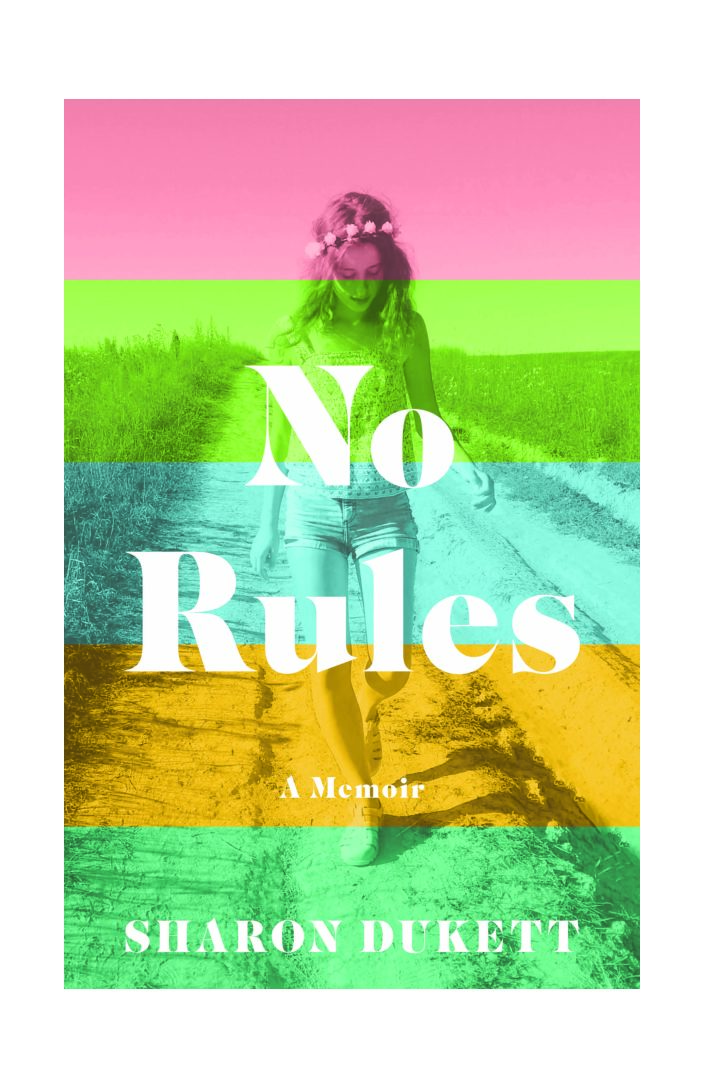 Book of the Week — No Rules: A Memoir

‘I got a bad feeling inside when she said this, thinking how awful that future sounded. Would I cry all the time too?’

Every Friday, Women’s eNews is presenting a ‘Book of the Week,’ providing you with a sampling of some of the latest books from some of the finest female writers who will stir your curiosity, feed your intellect, and take you anywhere and everywhere, without leaving the comfort of your own home. We hope you will join us in supporting these highly talented authors!!

This week’s Book of the Week is: No Rules: A Memoir

“ I wasn’t always like this.” My mother gulped down tears, her eyes red from crying. She looked at me, then away, the white Mallen streak of her hair falling forward onto her face. She felt around and pushed it back into her hair grip as she looked down at me. At seven, I had seen her cry too many times already, and it always caused me pain.
“I was carefree and happy,” she continued through tears. “I ran everywhere. I used to laugh all the time.”

She took my father’s shirt from the clothesline, folded it, and placed it in the wicker basket next to me. I knew I should be helping her, but I hated going into the basement with her and sorting laundry. It was boring, and there seemed to be no end to it. She almost never asked me or Anne for help, so I didn’t think of helping her until I heard her crying.

“Mother always told me, when you have daughters of your own, they will help you. I had to do everything.” Her crying stopped and she was starting to sound angry. This was a familiar story that she told often. “I had to take care of my baby brother all by myself when I was twelve and Mother had a nervous breakdown. I had to stay home from school, cook for Father, change and wash the diapers, clean the house. No one even thanked me.”

It was as though she wasn’t talking to me anymore, but instead to an invisible person. I took the towel she handed me and folded it as she continued, “Mother said, don’t worry, when you grow up your daughter will help you.” She turned and looked at me in anger. “But you two don’t help me at all. I had to do everything then, and I have to do everything now. When will it be my turn?”

“I would help you if you asked.” I avoided her eyes, feeling ashamed.

Her voice grew louder. “I shouldn’t have to ask. You can see I need help. Someday, when you get married and have children, you will have to do this, so you need to know how.”

I got a bad feeling inside when she said this, thinking how awful that future sounded. Would I cry all the time too?

It wasn’t so bad when Anne and I did jobs together. Then we could talk. But Mummy got mad when we talked. She would com- plain that we were so busy talking, we weren’t getting the work done.

Mummy handed me a blouse of mine from the clothesline and threw the clothespins into the bag she had made from fabric scraps to hold them. I started to fold the blouse in half.

“Not like that. You’ll put a crease down the middle and it will be harder to iron.” She grabbed it from my hands. “Never mind, I will do it myself. You just make more work for me. Take this other basket with the ones I folded already upstairs and put it in the living room. And don’t let those clothes tip over.”

I grabbed the two handles on each end of the wicker laundry basket and headed upstairs, glad to have an excuse to leave.

The only time my mother seemed happy was when she played the piano. Chopin was her favorite composer. Playing his music, she transported herself back to England—where, I was certain, she longed to be, studying piano as she had before the war.

I was still seven when the piano became part of our lives. My parents spent weeks dragging us from one store to the next, searching for one they could afford. My mother insisted she could find more ways to save money to have one, but I couldn’t imagine how. Already she made all our clothes, saved green stamps to buy furnishings, and grocery shopped with a paper and pencil in hand, adding the prices of her purchases to ensure there was enough money in her purse before she got to the register. She even made my father’s boxer shorts and our winter coats, and knit our hats and mittens. When the ice cream truck drove down our street and the other kids ran out to greet him, I knew better than to ask for any. There was no money for such frivolities.

My father reminded us often that we were not poor, however.

“We have a roof over our head and food on the table. There are a lot of people in the world who don’t,” he told us while we were all eating dinner together one night. “In London during the war, I would see families living in the subway and I would give them the care packages my mother sent. They needed those things a lot more than I did. We are very lucky, having what we do.”

I knew my father had grown up in a poor neighborhood of immigrants in Lawrence, Massachusetts, where his parents had worked all their lives in the woolen mills, speaking only Lithu- anian. My father had worked there too before Pearl Harbor was bombed and he was drafted.

He was proud of owning his own house, a dream his VA loan and his job assembling jet engines at Pratt and Whitney Aircrafthad made possible. He hated unions, as he blamed them for causing the mills to close and move out of Lawrence. So when the union at Pratt and Whitney went on strike, he’d risked being injured by crossing the picket lines to work. As a result, he’d earned enough money during the strike for a down payment on the house. Then he’d quit smoking two packs of Camel cigarettes a day so he could afford the mortgage.

The day the piano arrived, I sat beside my mother as she dug out her sheet music from a cracked, worn, brown leather bag that she kept in her steamer trunk with other mysterious treasures from her former life. I was always intrigued by what lay hidden under the trunk’s heavy lid with its clunky, metal buckles.

“Why is this picture of a boat on here?” I asked her, pointing to the partially missing sticker of the bow of a large ship plastered to the side of the trunk. Although I knew the answer from other times I had asked, I loved to hear her repeat the story of her journey to America.

“That’s the ship I came over on from England, the Holland America Line. It was a Dutch ship, see the windmill behind it?They pasted it on the trunk so they would load it on the correct ship. I had to ride out three miles in a tender with my trunk. That made me seasick for the whole six days of sailing.”

“How come you had to ride so far to get on the ship?”

“It was just after the war, and the British weren’t letting Dutch ships land yet. It was difficult getting any ship at all. Theonly reason I got on that ship was because I was getting married to your father, and he was an American soldier. Otherwise, I would have had to wait longer.”

I knew about The War. My parents talked about it often, and even at seven I was keenly aware of the importance it held in my parents’ lives. It had killed Mummy’s oldest brother, the uncle I would never know, the person she’d loved most in her youth. And it had brought my parents together on a train full of troops as they were both returning to their bases, my mother in the British Signal Corps, my father in the American Army Aircorps. They were two people from different worlds who had nothing in common and would never have met otherwise.

After the piano arrived, music filled our house: soft, gentle music; sentimental, romantic music; music that spoke of starry nights and green pastures; music that evoked English gardens and Irish eyes; music that caused my mother to sing instead of cry, and occasionally to sing and cry.

I enjoyed sitting nearby and listening to her play. Once, when she was taking a break after singing one of them, she told me, “When I was in the army, the only piano available was in the local pub. I would play songs and all the soldiers would gather around and sing. We had a lovely time, all of us. We could forget about the war for a while. It was great fun.”

Another time, she was playing a difficult Chopin piece and was getting frustrated, replaying the same section over and over, until she finally stopped, looking defeated. “All I ever wanted to be was a concert pianist, but my piano teacher told me I wasn’t strong enough,” she said. She turned her hands to look at them as she spoke. “He said a woman’s hands aren’t big enough, which is why there are no women concert pianists.” She looked at her hands a moment longer before rising from the piano stool. “Besides, I wanted to get married and have a family, and I couldn’t do that if I was a concert pianist, after all,” she said, looking into my eyes. 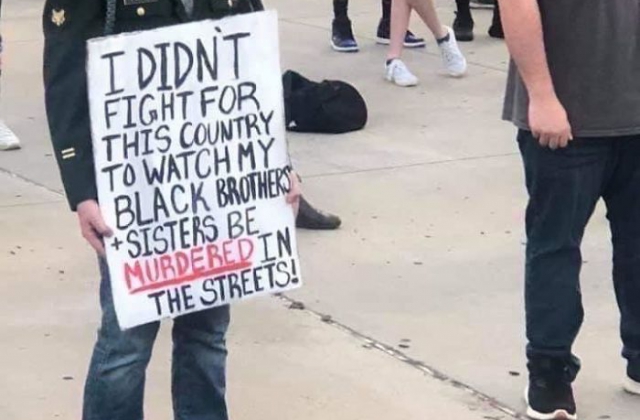 From the Executive Director: What the Mainstream Media is Not Showing…BUT WE ARE 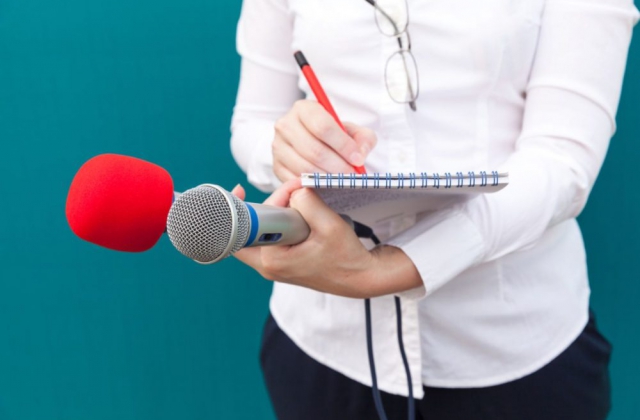 Announcing: The ‘Accessibility is Fundamental’ Fellowships