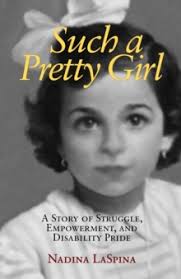 Such A Pretty Girl (book excerpt)

It is at once a story of an activist, a disabled woman in an ableist world, an immigrant, and a feminist.

“Such a pretty girl” was a refrain that Nadina LaSpina heard frequently in her native Sicily. What was sometimes added and always implied was that it’s a shame that she’s disabled. Contracting polio as a baby, LaSpina was the frequent target of pity by those who dismissed her and her life as hopeless. Arriving in the US at thirteen, she spent most of her adolescence in hospitals in a fruitless and painful quest for a cure, which made her feel that her body no longer belonged to her. Against the political tumult of the 60s, LaSpina rebelled both personally and politically. She refused to accept both the limitations placed on her by others and the dominant narrative surrounding disability. As an activist, LaSpina has been arrested numerous times and she was an important figure in some key struggles, including those that led to the passage of the Americans with Disabilities Act. Her story is at once a story of an activist, a disabled woman in an ableist world, an immigrant, and a feminist.

CHE PECCATO: WHAT A SHAME

When I was four or five I wanted to be ugly, and got very angry when people said I was pretty.

But no one listened to me.

“Che bella bambina, what a pretty little girl,” they all said. And inevitably, they added, “Che peccato! What a shame!”

There was such sorrow in their voices, such an anguished look on their faces… I didn’t want my being pretty to make people sad. Better to be ugly, I thought.

I especially didn’t want my being pretty to make my mother sad. As soon as she heard those words, even if she had been laughing a minute before, my mother’s eyes filled with tears and her face turned into a mask of agony. At those times, my mother looked just like the Addolorata.

The Addolorata, the “sorrowful woman,” was the name of a statue in the church across the street from where we lived, in the little town of Riposto, in Sicily. It was a statue of Mary holding the dead Christ, a Sicilian version of Michelangelo’s Pietà. The mother dressed in gold-embroidered purple silk, grief carved deeply into her painted face, on her lap her dead son, red-stained slender limbs draped in lifeless abandonment.

People seemed as mournful when they looked at my mother holding me as they were when looking at the Addolorata holding her dead son. Sometimes I thought my mother and the Addolorata were one and the same. They even had the same name: Maria.

I have early memories of being on my mother’s lap as she sat outside with the town women while my father was at work. We sat in the after- noon sun in the winter months, and in the summer we sat in the shade.

My mother told the women the story of when I was born. The mid- wife, mammana in Sicilian, was impressed that such a slight woman as my mother could give birth to such a big baby as me. She left my mother bleeding on the bed, with my grandmother tending to her for a few minutes, and rushed with me in her arms to the bakery around the corner to weigh me on the bread scale. Not even washed yet, crying loudly because my lungs were so vigorous, wrapped only in a sheet, for it was very warm on the afternoon of May 16, 1948. Over four kilos I weighed, almost nine pounds.

And I was growing so healthy and strong, my mother told the women, already talking, at sixteen months, and walking on my own, and I was never sick, never a fever until… until that fateful night when Crudele Poliomielite, Cruel Poliomyelitis, invaded our happy home and stole me from my family.

I imagined Crudele Poliomielite as an ugly monster with a weird name, who actually appeared out of the darkness to grab me and steal me away. But how could I’ve been stolen when I was still there in my mother’s arms? Could it be what got stolen was the healthy baby she’d given birth to? And what was left was a changeling, me? It took a while before I understood she was talking about my getting sick. Only then could I get over the secret fear that I might not be my parents’ real daughter.

Nadina LaSpina is a prominent activist in the disability rights movement and has been arrested countless times for civil disobedience. You can find her in the streets with Disabled In Action, ADAPT, the Disability Caucus, and other groups. After teaching Italian for many years, LaSpina created and taught courses in Disability Studies at The New School. She lives in New York City. SUCH A PRETTY GIRL: A STORY OF STRUGGLE, EMPOWERMENT, AND DISABILITY PRIDE (New Village Press, July 2019) 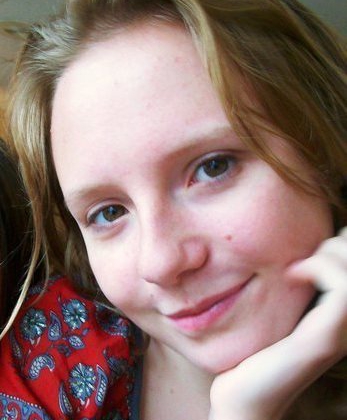 Too Late For My Daughter: It’s Time to Treat Violence Against Women as a National Emergency 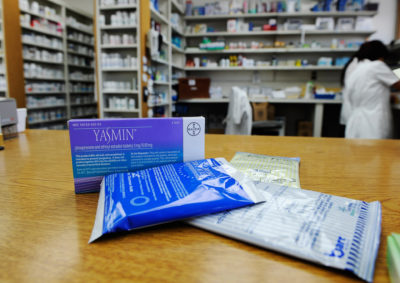