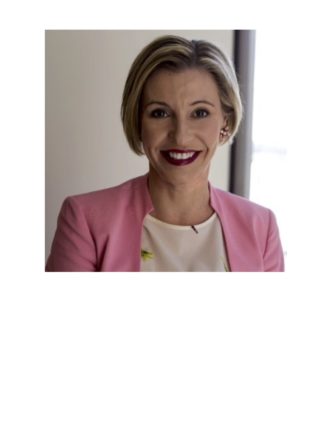 Grainne McNamara, a partner at Price Waterhouse Coopers (PwC), has more than 20 years of experience implementing technology, business, and regulatory change programs. In this leadership role, she focuses on digital transformation leveraging emerging technology and agile delivery methods. But lately she’s been learning a lot about leadership from an unexpected source: The nonprofit world.

When Grainne began her career, she was under the impression that only the wealthy could be involved in supporting nonprofits. “To me, philanthropy meant very rich people writing enormous checks. Although I wanted to contribute, I wasn’t sure what I had to offer or how to be effective.”

Enter The New York Women’s Foundation (NYWF), which has been supporting women’s leadership, gender equity, and asset-based community projects for 31 years. Its mission made sense to her: In New York City, where one in four women live in poverty, the organization finds ways to leverage small donations of time or funds and make a big impact on the economic well-being and safety of vulnerable women and families.

By investing in fledgling organizations that have on-the-ground knowledge of the needs of their communities, “We serve basically as venture capital to incubate smaller organizations,” Grainne says. “This allows them, as they grow, to graduate to the radar screens of some of the bigger funders, who would have never supported them initially.”

Recent grantees include Hot Bread Kitchen, a national baked goods business based in East Harlem, which provides hands-on training and job readiness to immigrants of color. The NYWF also funds the Center for Family Life, which has launched such coops as Beyond Care, a child supervision and educational service, and Si Se Puede!, a house-cleaning co-op that provides a living wage and social supports to its members.

“We’re funding things that help create financial stability and economic security for women, and that’s aligned with many corporate visions,” Grainne says. “If we help young women do well, they might even end up appearing in our pipeline for an interview.”

Leading Ways to Give

Grainne found it stimulating to work at the intersection of philanthropy and the corporate world. She enjoys helping nonprofits translate their mission and results into the right language to attract corporate donors.

Her work has also convinced her that the nonprofit world and corporations have a lot to offer each other. While corporations excel at business success, nonprofits have much to offer in the way of bold, visionary leaders who are willing to take risks — but don’t necessarily know how to tabulate return on investment. Bringing her business acumen to NYWF, she teaches grantees to articulate the connection between their vision and mission, and a clear value proposition.

Conversely, she’s gained new insight into the power of creative leadership demonstrated by the nonprofit founders NYWF supports. “Many of these people are visionaries, who model behaviors that corporations are looking for. They also have much to teach us about showing up as your authentic self to the workplace,” Grainne says.  “I personally get so much out of it. I’ve learned about leadership in a different way.”

Toward a New Generation of Philanthropists

She has also recognized that an important demographic group in the corporate world is equally concerned about authenticity both on and off the job: Millennials, who will represent half of the workforce by the year 2020. Members of this generation care deeply about changing the world. According to a 2015 survey by The Millennial Impact Project, they are most likely to give when they feel inspired by an organization and when they see examples of the impact their gifts will have.

For an organization like PwC, which hires 8,000 college graduates each year, motivating younger people to engage with their communities, and providing a venue for them to do so, is key. To that end, Grainne spearheaded NYWF’s Radical Generosity@Work efforts, which was designed to extend corporate giving beyond the charitable funds organizations traditionally donate to larger nonprofits. Instead, it leverages the involvement of groups of individual employees. NYWF makes this initiative available to any organization where employees want to get involved.

Working with NYWF, Grainne created a millennial-focused giving program based on making it convenient to commit to philanthropy at a young age. Hence “Thirty Dollars for Thirty,” which allows employees to commit to contributing a manageable amount — $30 per month — for 30 months. “That’s the cost of two taxi cabs, or five lattes,” Grainne says. What those lattes add up to, however, is a lot more than financial – it’s a feeling of being connected to a community and a corporation that supports your desire to be part of something bigger than yourself. Plus, Grainne says, “People like the idea of giving where they live. They take the subways and see homeless people, and the results of other economic inequities, and they feel the need to do something. This is a really productive way to channel all that.”

To ensure donors feel engaged, NYWF also visits corporate offices to discuss grant-making strategies and share success stories with donors. “Because they focus on local leaders, it’s easy to understand who they are supporting, and to be on the front lines of change.” Grainne adds. “This also fosters connections with colleagues on a more personal level, and that enables better collaboration in the workplace.”

This is the fourth article in our new series, IN FOCUS: Eye on Changemakers, a collaboration between Women’s eNews and The New York Women’s Foundation (NYWF) to shed light on some of New York City’s most inspiring women-led non-profit organizations dedicated to empowering women and girls of diverse racial, cultural and socio-economic backgrounds.