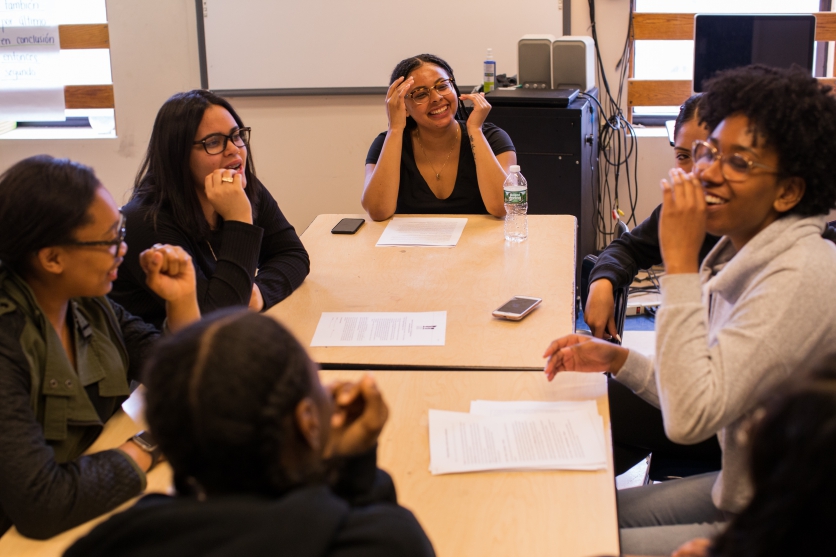 Lifting Up Latina Teens with L.O.V.E.

They need a space where they can be themselves, express their feelings and emotions and be supported rather than judged. Take a handful of startling statistics, add a dynamic Colombian immigrant with a vision of helping young women fulfill their dreams, and you’ve got Latinas on the Verge of Excellence, a.k.a. L.O.V.E. mentoring program. Founded in fall, 2012 by Claudia Espinosa, this NYWF-funded organization partners with New York City schools to address the specific challenges that high school girls face as Latinas.

A native of Colombia, Claudia moved to New York City in her early twenties with a limited knowledge of English. After two years of ESL classes, she learned firsthand how hard it is to get a green card – and what that means. “I had to wait seven years. During that time, I felt like I was in prison – I couldn’t get student loans, a bank account or credit card.” She also couldn’t leave the United States to visit her parents.

Later, while attending college, Claudia took a job as an intake counselor at Life Is Precious, a nonprofit that treats young women from Brooklyn and the Bronx who had just been released from hospitals after trying to take their lives – often after a second attempt. She was shocked to learn that, in New York City, 39 percent of Latinas become pregnant as teenagers, 37 percent drop out of school, and 23 percent attempt suicide.

“I heard about the challenges of each of these girls.  They came to the program to vent, but I had no medium for venting myself.” Six months into the program, Claudia decided to someday to get more proactive support. “I didn’t know how or where, but I began a degree in nonprofit management.”

Adolescent Latinas face similar obstacles: they may not speak English, are often undocumented and may have been separated from their parents. In families where parents are working two to three jobs to make ends meet, young women are encouraged to become caregivers, wives and mothers rather to than to study, graduate high school or attend college.

“They feel like they’re facing a mountain of problems,” says Claudia. “It’s hard for them to imagine how they’ll ever be able to succeed here.”

While earning bachelor’s and master’s degrees in forensic psychology from CUNY, Claudia mulled over the problem. She saw how easy it was for young women to be sidetracked and abandon their educations – and she wanted to support them while they were still in school. “If you don’t start with a young population, there’s only so much difference you can make.”

Finally, as a graduate student in public administration from at NYU, she was ready to try out new mentoring model, which would pair Latina high school students with college students from similar backgrounds — active, relatable role models — from freshman year all through high school.

NYU faculty members guided Claudia in recruiting mentors and mentees, developing curricula and forging the alliances that allowed her to start a pilot program. Officially launched in the spring of 2012 at The Young Women’s Leadership School of East Harlem, L.O.V.E. now offers programs to eight public high schools in four boroughs, serving 150 mentees each academic year. Participating schools also include the International Network for Public Schools and Urban Assembly.

Using a series of structured mentoring and group activities, L.O.V.E mentors model how young Latinas can succeed personally and academically.  First and foremost, even before academics, is building self-esteem. “They need a space where they can be themselves, express their feelings and emotions and be supported rather than judged.”

Says former mentee Lauren Drumgold, a junior at Bates College in Maine, majoring in biology, “It was great to have a college student teach me about the challenges,” “More than the academic side, I learned about the life I’d be living for the next couple of years – how to balance social life and homework, how to live with a roommate.”

Lauren learned effective study habits, and developed the short-term planning skills needed to drive long-term dreams. “My goal was to go to college, but what Claudia helped instill in us was the idea of being as specific as possible and physically write down the steps you will take to reach that goal.”

That’s just the way it’s supposed to work. “My goal was, if the student can see herself in her mentor, if the mentor looks like her, has a similar makeup and cultural background, it makes a big difference,” says Claudia. “They see that she did it, and I can do it, too.”

This is the first of  a number upcoming articles of our new series, IN FOCUS: Eye on Changemakers, a collaboration between Women’s eNews and The New York Women’s Foundation (NYWF) to shed light on some of New York City’s most inspiring women-led non-profit organizations dedicated to empowering women and girls of diverse racial, cultural and socio-economic backgrounds. 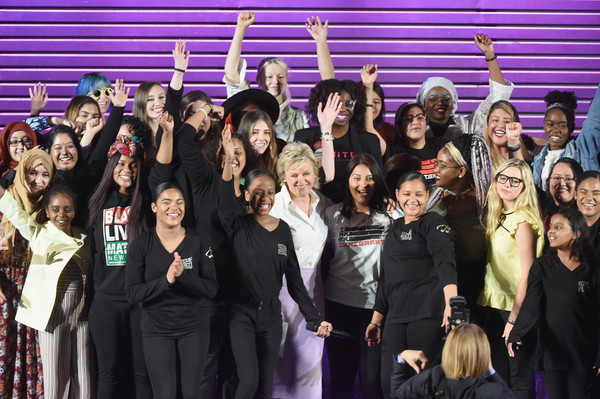 In Case You Missed It: Tina Brown’s Women in the World Summit 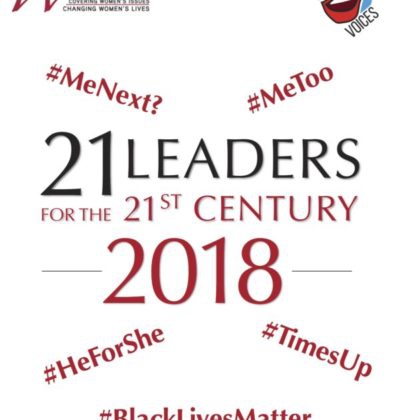