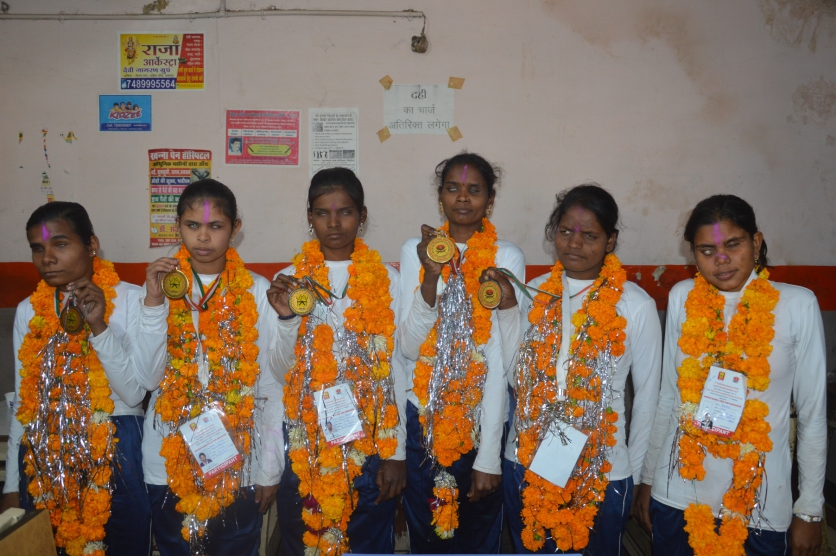 Looking Up to Visually-Impaired Girls in India, through Judo

This is a dream come true for 65 visually-impaired girls from marginalized communities in India, who have overcome economic and social challenges to learn judo, and are now teaching others. It was a day she still can’t forget. It happened last year when Janki Goud boarded an aircraft for the first time in her life. For someone who had confidently kicked her way to gold medals at India’s national judo championships for the blind, this was still unusual. Even though she could neither see her opponent nor her moves, Janki had never felt this stressed before any of her bouts. Flying was different. Still, the 23-year-old didn’t let her nervousness deter her. Just as she had overcome her fears when she first stepped out of her small village in Jabalpur in the central Indian state of Madhya Pradesh to learn judo, Janki was determined not to let anything get in the way of her first international competition. It was this grit that won her the bronze at the 2017 Judo Asian & Oceania Championship held by the International Blind Sports Federation at Tashkent, Uzbekistan.

“Once I was looked down upon. As a daughter of a daily wager, no one thought I could do anything. Since I won medals I have gained respect and recognition. Besides visually impaired girls, even those who have no problems with their eyesight want to learn judo from me. I am very happy that I led the Indian team to victory in Uzbekistan, which not only made my parents and village proud, but also my country,” says Janki.

This remarkable feat not only won her official felicitations when she returned home, but accolades from the state chief minister. Recently, Jabalpur district authorities indicated their willingness to build a judo academy to be named after Janki, to facilitate better training for visually impaired girls. At present, there are no training centers in the district.

This is a dream come true for Janki and the 65 visually impaired girls from marginalized communities who have overcome economic and social challenges to learn judo. It was the collective effort of many of these girls that also recently earned Madhya Pradesh the championship trophy at the sixth National Deaf and Blind Judo Championship, organized by the Indian Blind and Para Judo Association in Lucknow, Uttar Pradesh.

Still, this may have not been possible if not for Tarun Sanskar, a Jabalpur-based not-for-profit working for women’s empowerment, met Janki in 2014. The organization was carrying out a survey to map girls who had dropped out of school and persuade them to continue their education as part of their intervention in collaboration with Sightsavers, the UK-based charity that works with NGOs in India to address sight impairments. That’s when they met Janki.

Although Tarun Sanskar tried to convince Janki, a Class 8 dropout, to resume her studies, she wasn’t interested, and neither were her parents, fearing their daughter would encounter physical harassment. It was then Sightsavers came up with the idea to empower the girls to defend themselves.

Due to the rising cases of violence against women in Madhya Pradesh, the need to equip visually-impaired young girls with self-defense skills had become even more important.  In 2016, the state recorded the highest number of rape cases in the country, and visually-impaired girls are four to ten times more vulnerable to sexual abuse in India.

“We decided to start judo and self-defense training because women and girls with disabilities living in this area expressed fear of abuse and attacks if they traveled unaccompanied outside their homes. But we faced the challenge of persuading the parents to let their daughters travel to Bhopal, the state capital, via train. It was only after we took some of the parents along to see for themselves what their daughters were learning that we were able to win their trust,” says Jayashree Kumar, Sightsavers program manager in Madhya Pradesh.

Once this hurdle was crossed, there was no stopping these girls. A mix of interactive question and answer sessions, role play, lectures, and group and individual training was used to facilitate learning about how to stay safe and face any adversity. “The specially designed training program organized with the help of the Department of Crime Against Women and Madhya Pradesh police helped us build confidence in the visually-impaired girls and gave them the opportunity to prove their mettle,” says Rakesh Singh from Tarun Sanskar.

Nikki Lodhi, a twenty-year-old visually impaired girl from Hridynagar village in Jabalpur, Madhya Pradesh, used this training to combat the harassment she encountered while traveling on a public bus. “I ignored the first two times a man bumped into me, thinking it may have been by mistake. But the third time he did so, I gave it back to him by using the kick technique. Everyone on the bus, including this man, realized that I am no less than anyone just because I am visually impaired,” says a triumphant Nikki. In fact, Nikki and Janki, who both became certified self-defensee trainers in 2017, have also started training girls in local government schools.

The success of this intervention in Madhya Pradesh has led to its expansion in neighboring state of Chhattisgarh. Its introduction in three more states is expected soon, thereby providing an even greater number of visually-impaired girls the opportunity to show they are no longer ‘children of a lesser God.’ 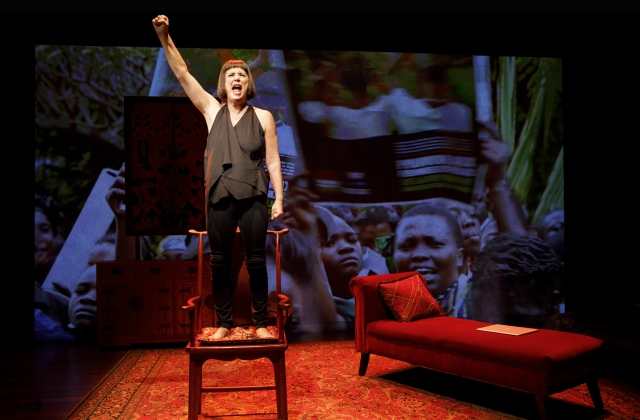 A Celebration and a Call to Action: 20 Years of V-Day