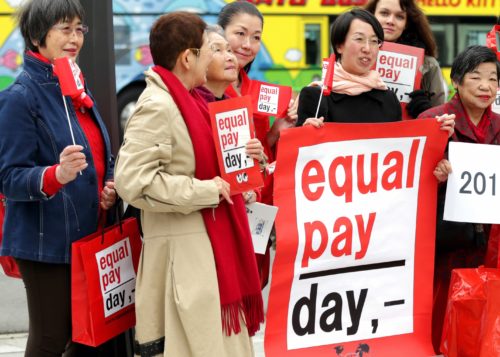 The court case, Janus v. AFSCME  Council 31, is backed by the top wealthy 1% looking to rig the economy even further in their favor.

This month, while we recognized Asian American and Pacific Islander (AAPI) Equal Pay Day on Feb 22, the struggle for pay equity for women could get even worse. As a Chinese American woman navigating a career in the labor movement, civic engagement and civil rights organizations, I’ve been paid less than others even at the most progressive organizations.

What’s even more alarming is that AAPI women and women workers nationwide could face a huge blow in the fight for pay equity as the Supreme Court considers Janus v. AFSCME  Council 31, a court case backed by the top wealthy 1% looking to rig the economy even further in their favor.

On average, it already takes an AAPI woman 14 months to earn what a white man makes in one year. That’s two whole months of work, and sometimes even more for Southeast Asian and Pacific Islander women when that data is disaggregated by Asian ethnic group.

But the collective bargaining process that unions provide has proven to close the wage gap. For example, the wage gap disappears among Asian American unionized workers, and unionized women as a whole earn roughly $231 more per week than do women without union representation. Further, union members are more likely to have pay transparency, paid time off, and grievance procedures — all of which factor into creating a path to the middle class and social upward mobility.

Yet this all can change very quickly if the SCOTUS rules in favor of the plaintiff in Janus v. AFSCME. Earlier this week, the Court heard oral arguments on the case. At the center of this case is whether billionaires and CEOs can interfere with the ability of nurses, educators, firefighters and others who devote their lives to public service to join in strong unions and improve their jobs and their communities by coming together. The truth is that when working people are able to join unions, everyone in the workplace wins. Thanks to unions, working people earn higher wages, better benefits such as employer-provided pensions and health insurance, safer workplaces and a voice on the job. (Let’s not forget the weekends off, too.)

As unionized women experience gains in wages, the flipside is also true. In fact, 12 of the 15 states with the worst pay gaps are “right to work” states, or states that make organizing and collectively bargaining more difficult for workers.

What’s also troubling is that the forces behind these so called “right to work” states and the Janus case are the same handful of corporate elitists who want to pad their pockets at the expense of working people, especially women of color. These corporate interests aim to “defund and defang” the labor movement to ultimately drive down wages, defund public services, and disenfranchise communities of color at the ballot box.

The past year has already proven exceedingly difficult for workers of color. From a proposed tipped wage rule that steals tips from restaurant workers, to the impending termination of the Deferred Action for Childhood Arrivals (DACA) and Temporary Protected Status (TPS) holders, the most impacted communities are immigrants and workers of color, hundreds of thousands of whom are women. If there is a favorable ruling in Janus v. AFSCME, millions of women workers nationwide will suffer the consequences.

If we are to achieve pay equity across all industries and sectors, unions must be able to represent women workers on the job. If we are to be serious about ending gender-based violence that stems from the wage gap, we must be able to organize and raise our voices. If we are to truly prioritize jobs, we must put people over profit. We cannot do that without unions.

Alvina Yeh is the executive director of the Asian Pacific American Labor Alliance. 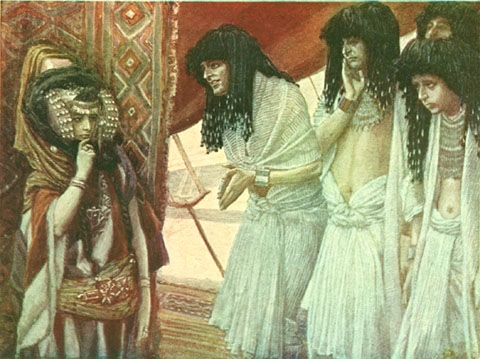 The Torah Portion that Rattled my Jewish Identity