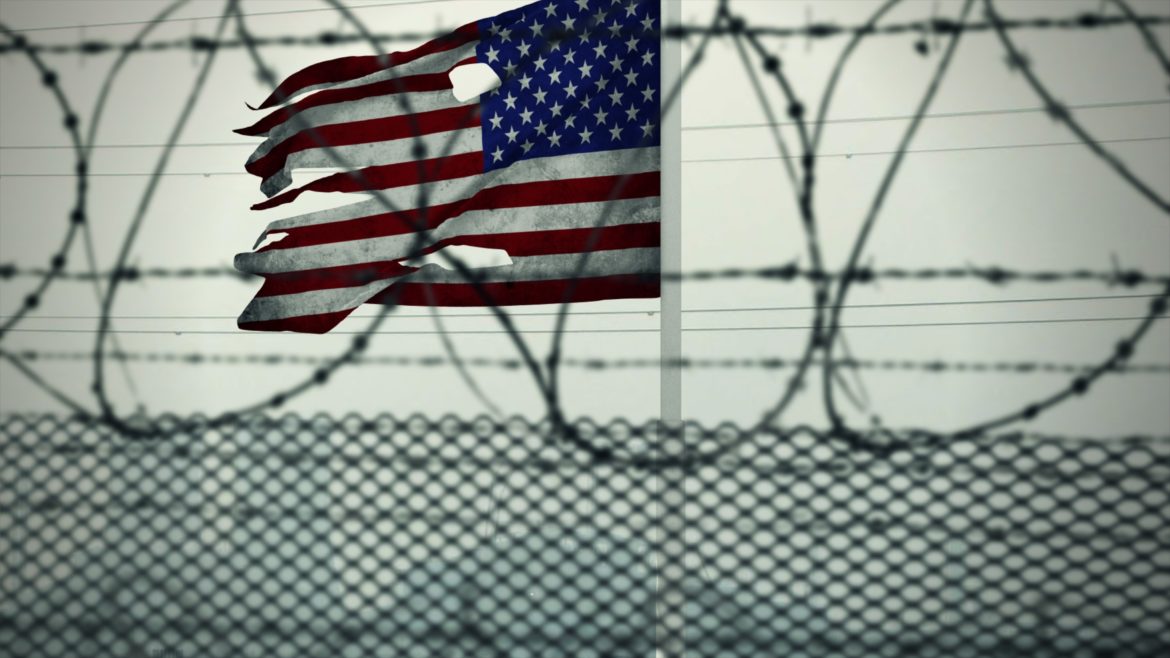 Sharon Richardson, now seven years out of prison, sits in the dining area of her transitional housing apartment in Queens. An egg boils on the stove. Her laptop is open and she’s sorting through accounting paperwork for her catering business. Richardson doesn’t know where the last seven years went, or the twenty before that, when she was incarcerated in Bayview Correctional facility for killing her abusive boyfriend.

What she does know is that she is excited for January, 2018. Bayview Correctional Facility is being torn down and replaced with “The Women’s Building,” a metamorphosis reflective of Richardson’s own growth. “This dark space is going to be turned into a space of light,” Richardson said, her face glowing. “It’s going to be turned into a space where young women and girls can come,  of all ages, races, whatever the situation is, whether you were formerly incarcerated, have issues at home [or] domestic violence,” to receive services specifically devoted to women.

This change in infrastructure signals a shift in the way women’s issues are handled in New York City. But the construction updates have not been met with updates in legislation, either at the state or national level. A bill New York State bill, The Domestic Violence Survivors Justice Act (DVSJA), which was first proposed in 2011, has still not made it to Senate for a vote. Further, there is no Equal Rights Amendment (ERA) in the New York State Constitution,  nor in the U.S. Constitution.

When asked whether our country’s laws works for women, Gail T. Smith, Director of the Women In Prison Project at The Correctional Association of N.Y., said “No.” “We are in a country that has 33 percent of the incarcerated women worldwide,” Smith added. Incarceration for women has risen by 700% nationally from 1980-2014 according to a report by The Prisoner Reentry Institute of John Jay College of Criminal Justice. In New York City, the percentage of incarcerated men has declined steadily in the last five years, but the same cannot be said for women.

Meanwhile, mass shootings continue to escalate across the country, mostly at the hands of white men, many of whom have histories of abusing their partners. An Everytown for Gun Safety Support Fund analysis of mass shootings from 2009 to 2015 found that in over half of mass shootings, the shooters killed intimate partners or other family members. When women like Richardson defend themselves against domestic assault, however, they face incarceration.

“My sentence was 20-to-life,” Richardson said. “As long as you have life on the back, they could hit you and hit you and hit you [with more time]. The parole commissioners that come in that day could just be having bad day, and just not like you and say, ‘you know what? we’re not letting her go home.’”

A current bill proposed in New York State would help women like Richardson, who were convicted of crimes directly related to their abuse. The Domestic Violence Survivors Justice Act (DVSJA) would allow judges to sentence these survivors to either shorter prison terms or community-based alternatives to prison. It would also provide domestic violence survivors currently in prison the ability to apply to the courts for resentencing.

According to Saima Anjam, Director of Public Policy at New York State Coalition Against Domestic Violence (NYSCADV), this bill is something that many people around the state have been fighting for. “The New York State assembly has passed this legislation for the past two years in a row and I think it was with very strong bipartisan support for both years that it passed,” Anjam said. Unfortunately, however, the New York State Senate majority has not allowed the bill to come to the floor for a vote. “The senate majority has chosen not to prioritize this and not to move on this, despite there being strong support for it from the rest of their members,” Anjam said. “I’m not quite sure why.”

“I think the law is funny,” Richardson said, referring to DVSJA. “They pass what they want immediately. Anything that they have a really strong issue with, it just kind of is.” Richardson believes this law is being blocked due to  a fundamental misunderstanding of the severity of domestic abuse. “I think it has always been that way,” she said, noting that she thinks things have gotten better since she was arrested in 1990. For Smith, it has to do with “a profound belief in the correctional system that we have now, and a belief that our system of justice is equal.” “It’s not,” she said.

Equal Rights activists argue that an ERA would provide the necessary step towards guaranteeing a more equal justice system for women, by laying a sturdy framework for other laws. “The ERA would go a long way in ensuring that survivors of domestic violence, stalking, and rape are adequately protected under the law,” Desiree Hoffman, Director of Policy and Advocacy at YWCA wrote in a statement on the YWCA blog.

Still, Smith is not convinced that an ERA would help pass DVSJA through the Senate. “If the Equal Rights Amendment simply passed as a constitutional amendment–just that happening–I don’t really see that, unfortunately, making a huge difference in what we’re trying to do to protect women from unjust sentencing,” she said. “We already have a whole raft of Supreme Court decisions and legislation that say that they create equal protection for women. And the reality is, that does not play out in almost any form. It particularly does not play out when we’re talking about the most vulnerable women in our community.”

“Now, if the ERA passed and that sparked a wide-ranging set of intersectional legislation that really created a groundwork for greater justice for all women, across racial lines, class lines, LGBTQ, ability, all of those things–that might be different,” Smith added. “Maybe the process of that passage will educate people and might spark a deeper understanding of the way the system actually works against women, and particularly women of color. But the simple passage, if it was not rooted in strong education and a change of heart on the part of policy makers in this country, it would be an empty promise, just like the court decisions and legislation have been an empty promise.”

In reality, Smith said, many more women are affected by domestic assault than those incarcerated for defending themselves against it. “There’s a much larger number of people who have survived domestic violence who have become drug addicted because of trauma in their lives, who have committed minor offenses at the behest of their partner or to smooth things over, who will not be eligible [for DVSJA],” Smith said. “The overwhelming majority of women who are incarcerated today have survived some kind of violence.” The Correctional Association of New York found that three-quarters of incarcerated women have histories of severe physical abuse by an intimate partner during adulthood, and 82% suffered serious physical or sexual abuse as children. “The fact is about three women a day are killed by their partners,” Smith added.

“It seems unfair, and it may be unfair, and the criminal justice system may have it completely wrong, but in lieu of all that, I still try to make the best of that situation, and create something,” Richardson added. “I am part of the Women’s building now, part of something, and storytelling, and legacy, and film, and pictures, and writings that will all be in that building. I’m going to be part of that wall, that memory, forever, for as long as this earth is existing.”