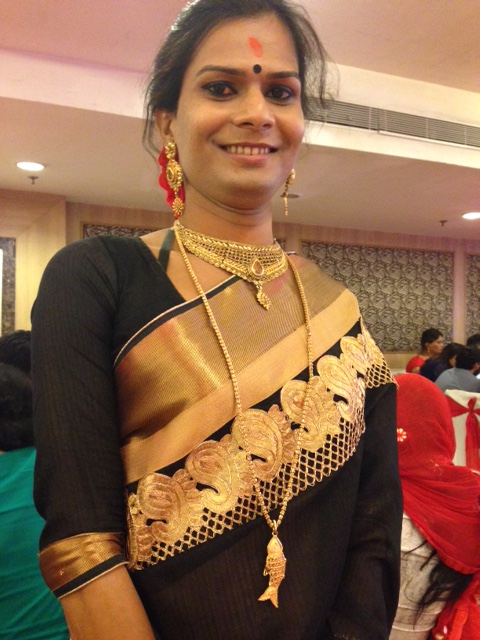 “Those who once taunted me about my gender stand before me with folded hands waiting for a judgment on their case.”

Her eyes are lined with kohl. Long gold earrings dangling on the ears and the intricate gold necklace around the neck match the striking black and golden sari she wears. After years of hiding her identity, 29-year-old Joyita Mondal is no longer afraid to stand out in a crowd. This is not just because she was recently appointed a judge to a government deemed civil court in West Bengal, India, but more so because she became the country’s first transgender to achieve this feat.

“It gives me great satisfaction to know I have broken gender stereotypes. It is also gratifying to see those who once taunted me about my gender, stand before me with folded hands waiting for a judgment on their case,” Mondol says.

A Lok Adalat, to which Mondal was appointed on July 8, 2017, is deemed a civil court under Section 25 of the Legal Services Authority Act, 1987 and, its proceedings are deemed judicial. Mondal is placed in the category of ‘learned judges’, by the office of the sub-divisional legal services committee of Islampur, Uttar Dinajpur district in West Bengal.

Her feat is really incredible considering discrimination and ignorance still threaten the survival and livelihoods of the community, despite a 2014 Supreme Court ruling in favor of a ‘third gender,’ recognizing and granting them political and economic rights. The Transgender Persons (Protection of Rights) Bill, 2016, which seeks to prohibit discrimination against them in education, employment, and healthcare, is still hanging in the balance.

Amendments have been suggested following objections on various clauses in the Bill by the community and activists. Whether or not these are accepted will be known when the Bill comes up for discussion hopefully in the winter session of Parliament in December.

India’s population includes approximately five million transgender people according to the 2011 national census. While this mapping, conducted for the first time in the country for this community, was viewed as recognition of the third gender, LGBT activists assert that fear of harassment and stigma prevented many from revealing their gender identity, since they did not conform to the norms traditionally associated with the sex assigned to them at birth.

For Mondal, too, the journey hasn’t been easy. Born biologically male to a traditional Hindu family in Kolkata, West Bengal, Joyita faced discrimination, opposition and even rejection when she decided she could no longer live her life as a man. She only recently began the sex reassignment surgery to become a woman in July 2017, eight years after she first came out. “I loved dressing like a girl and playing with dolls. But I was a boy and boys don’t do this, especially when they are 10-years-old. As I grew older, I would dress as a girl when I went outside the house and change before I returned,” Mondal revealed.

But this secret life was not what she wanted. When one special school friend in the all-boys school she attended shifted out of Kolkata after grade 10, she decided to drop out of school in 2009. “I didn’t tell my family that I was unable to take the verbal bullying by other boys in my school. I just told my mother I had gotten a job in Dinajpur, a neighboring district in the state, and wanted to go there. I told her that I would come back in two months if things didn’t work out, and she consented,” she said.

But Mondal never went back. Here, she began dressing like a woman openly. Still, even while practicing her profession as a hijra (ennuch) and attending weddings or visiting the house of a newborn child offering services like singing and dancing to ward-off bad luck, she had started working for the welfare of the transgender community.

Realizing that she needed to know more about government programs in order to raise awareness outside the community, Modal resumed her studies through distance correspondence education, completing a law course as well. In 2010, a year after the national Election Commission added the category of ‘other’ in addition to male and female as gender identification to encourage transgenders to register for voter cards, Mondal became the first transgender in Dinajpur to get a voter card under this category. She also founded her own organization –Dinajpur Notun Alo Society– to reach out to other marginalized communities like sex workers, beggars and victims of trafficking.

In 2011, however, Mondal realized more had to be done to change mindsets about the transgender community after she had to spend a traumatic night at a bus stand after being turned away by all hotels because of her gender identity. “I started counseling sessions in hopes of reducing stigma by inviting relatives and family members of transgender persons. We showed films on the problems faced by the community. Further, sensitization of teachers and students in government and private schools and colleges started, and street plays at bus stands and other popular spaces were performed,” Mondal says.

Today, she views her appointment as a judge a huge step for the trans community, as well as a huge opportunity to reiterate that they are equal citizens of the country, and therefore deserve the same respect, dignity and acceptance as anyone else.

2 responses to “Meet the First Transgender Judge in India” 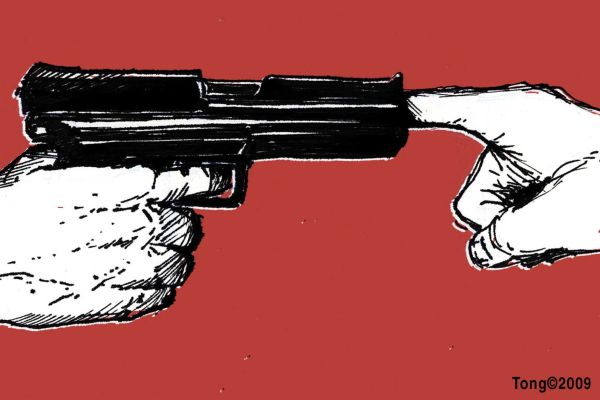 Celebrating International Day of the Girl Child, from India to Uganda