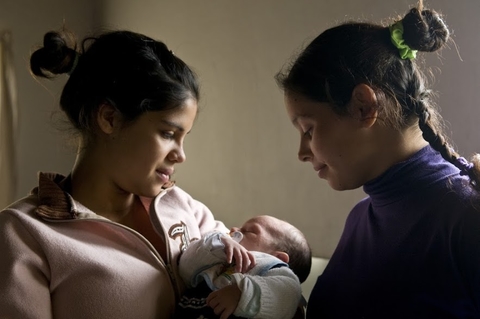 Rewind to the second week of last November in the United States. Regardless of political leanings, one of the dominant questions blazing across news headlines was: Would the United States elect a female president? While America pondered, others began looking toward the international community, especially Latin America — a region known for its violence and civil wars — that has elected more female presidents and female legislators than any other region in the world.

With Fortune magazine predicting that Latin America may lead the world on gender diversity by 2025, American experts have expressed a longing to make as much progress as Latin America has. “I just wish we could catch up to Latin America,” said Joan Caivano, expert on female leadership and deputy director of the Inter-American Dialogue, in an interview with Humanosphere.  “There has been nothing but progress [in Latin America] since the ‘80s in terms of women’s representation in Congress, as Ministers and as Presidents.”

Latin America welcomed its first female president, Argentina’s Isabel Perón, in 1974, in the midst of an era of dictatorships and conflicts across Central and South America. Built upon strong solidarity and collectivist mobilization, the feminist movement became the major driving force in Argentina’s decision to implement the region’s first gender quota, mandating political parties nominate women for 30 electable seats. Since then, 16 of the 33 countries in Latin America and the Caribbean have adopted gender quota laws, enabling the region to hold the world’s top regional average of parliamentary seats (average 25 percent).

In contrast, the U.S. has actually descended in the world rankings of women represented in government (from 49th in 1998, to 98th in 2016). Today, women make up only 20 percent of the federal government, with fewer than one in five members of Congress.

Increased representation of female legislators is known to improve women’s rights. Often, women push for greater legislation calling for the advancement of women’s  equality, especially in terms of sexual and reproductive health.  “These issues are more on the policy agenda because they’re tied to women’s lived experiences,” says Jennifer Piscopo, assistant professor of politics specializing in Latin American gender quotas at Occidental College. Further, sexual assault and reproductive health (although not abortion) provide common ground “for conservative female politicians to work across the aisle with their more liberal counterparts,” Piscopo adds.

In contrast, the United States, which has federal, state, and local legislation that supports women’s equality — notably the Equal Pay Act of 1963, the Civil Rights Act of 1964, the Pregnancy Discrimination Act of 1978 and the 1994 Violence Against Women Act, does not have an equal rights amendment ratified to the US Constitution.

Still, even constitutional clauses have limits.  Latin America’s constitutional limitations can be seen through sexual and reproductive rights, especially abortion rights. In Argentina and Bolivia, women are only allowed to obtain an abortion on humanitarian grounds (if a woman has been sexually assaulted, raped, or has a physical or emotional handicap). These laws have staggering consequences.

The Argentine National Campaign for a legal, safe, and free abortion estimates that 500,00 abortions are performed illegally each year, with the number of unsafe abortions serving as the leading cause of maternal mortality (currently at 31 percent). As in Argentina, botched illegal abortions have high occurrence rates in Bolivia (Women’s Hospital of La Paz reporting that, in 2015, 10 women per day were admitted in critical condition due to illegal abortion attempts). Illegal abortions also contribute to Bolivia’s high maternal mortality rate, with the World Health Organization placing it at the second highest cause of death for women in South America (205 deaths per 100,000).

Although many Latin American countries including Argentina, Bolivia, and Nicaragua all have equal rights constitutional clauses, due to the large presence of religion (specifically Catholicism), these countries have also enacted similar constitutional clauses guaranteeing a ‘right-to-life.’  The combination of these laws “creates a duality,” says Christina Ewig, faculty director of the Center on Women for Gender and Public Policy at the Humphrey School of Public Affairs. “This constitutional duality makes it near impossible to expand abortion rights.”

Activists and researchers have noted, however, that regardless of a constitutional clause on gender rights, weak Latin American institutions are detrimental to enforcing women’s rights and access to abortion, even when they qualify. “Although there are several legal regulations in favor of women’s rights in Bolivia, these regulations are not enforced,” says Alicia Canaviri Mallcu, executive director of the Bolivian human rights organization CDIMA . “It is only a salute to the flag, as long as cultural norms of patriarchy and religious values are held to a higher standard than the desire for women’s advancement.”  Concurrently, Piscopo wrote in, Female Leadership and Sexual Health Policy in Argentina, that regardless of a constitutional clause, “Whether Latin American women enjoy material changes depends on whether their leaders are committed to passing and implementing gender reform.”

In contrast, many experts believe that an Equal Rights Amendment in America would help ensure sexual rights and reproductive rights as well, especially abortion access in the U.S..  Several American states, since the rise of the Republican Tea Party in the 2010 elections, have moved to implement harsher laws restricting women’s access to sexual and reproductive health care, particularly via access to abortion.  As of August 1, 2017, 53 state-level abortion restrictions have been enacted, according to Guttmacher Institute, a research and policy center in Washington D.C that supports abortion rights.  More than 300 have been enacted, with 2,100 pieces of legislation attempting to curb reproductive healthcare, as tracked by the Center for Reproductive Rights, since 2011.

Ewig agrees. “The U.S. has a pretty high degree of institutionally. It may very well make a difference to have an Equal Rights Amendment.”