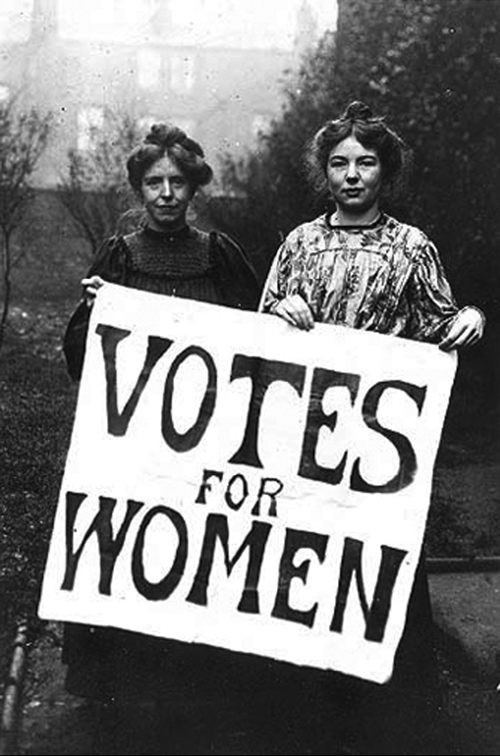 Voting is the way to ensure that our country and our future are in the hands of responsible leaders who will represent women and take the suffragist movement forward.

Teen Voices at Women’s eNews is partnering with the New York State Women’s Suffrage Commission in celebration of the 100th anniversary of women securing the right to vote in New York. The article below is the first in a regular series featuring teen girls writing about what the right to vote means to them:

Two years from now when I turn 18, I will benefit from the 100-year-old law that enabled women to legally vote in New York. As a sixteen-year-old living in New York City today, I am surrounded by progressive groups of diverse people, making it very easy to forget how hard it was for women to first win the right to vote. Surrounded by like minded people who promote feminism, protest on behalf of women’s rights, and argue heatedly about the gender wage gap and reproductive rights is certainly comforting, but it has also made me realize that I live in a bubble.

Each summer, when I travel to India to visit my mother’s side of the family, this becomes clearer. There is a prominent gender divide between women and men where, for example, daughters are seen as burdens, prevented from getting an education, and married off at young ages. Witnessing this has made me realize how much more important it is for women to have a voice.

The first U.S. election that I can clearly remember took place in 2008. I recall that my dad took me to the gymnasium of the local public school, where he voted. After returning home, I proudly took his ‘I Voted’ sticker and put it on our refrigerator. Later that evening, while glaring at the colors of the first electoral map I had ever seen, I was thrilled to watch New York turn blue on screen. I realized how empowering voting is because it allows a person to make a choice which will have lasting effect in the world, and it is thanks to the suffragist movement that women living in America today can do so. Because of this, other fundamental rights such as maternity leave, reproductive rights, and increased wages have been secured for women. Still, although we have come a long way over the past 100 years in bridging the inequality between men and women, we still have a long way to go. Unfortunately, in our current political climate, the divide has only seemed to grow as sexism, racism, and discrimination are being increasingly normalized.

It is not surprising that this era of political turmoil coincides with the lowest voter turnout in the United States in 20 years. In the recent presidential election, only 55% of the United States population voted. Considering that the suffragist leaders of the past fought to get us the right to vote and express our voices, it is a shame that this right is not being used to its full extent. The best way for us to build from their movement is to use the power they gave us and ensure that as many people as possible go out and vote. Voting is the way to ensure that our country and our future are in the hands of responsible leaders who will represent women and take the suffragist movement forward.

In the future, I aspire to be civically engaged and continue to build upon that movement. It is essential for our generation to be aware of the rights we have and continue to exercise them. If the rights of women are diminished or removed, the voices of over half the population will effectively be silenced. Women will have no say about who represents them, and who will create laws that determine their lives. I fear that we would fall into an even deeper divide.

My family is filled with strong women, from one of my grandmothers who is a biologist, to my other grandmother who singlehandedly runs a household of eight, to my aunt who has successfully launched her own business, and to my mother who finds time to manage our household, publish her blog, and be a supportive parent for me. There is limitless potential in every woman and it is crucial that our potential be expressed and not quelled by inequalities. That is what women’s suffrage means to me.

Hana Horiuchi was born Queens, New York, a borough rich with culture, language and diversity. She grew up in a bicultural household, which has played a huge role in shaping her life. 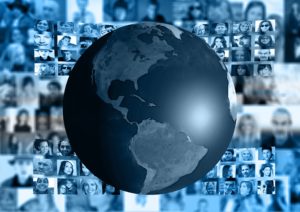 From Constitution to Classroom: Can an ERA Prevent Sexual Assault in K-12 Schools?