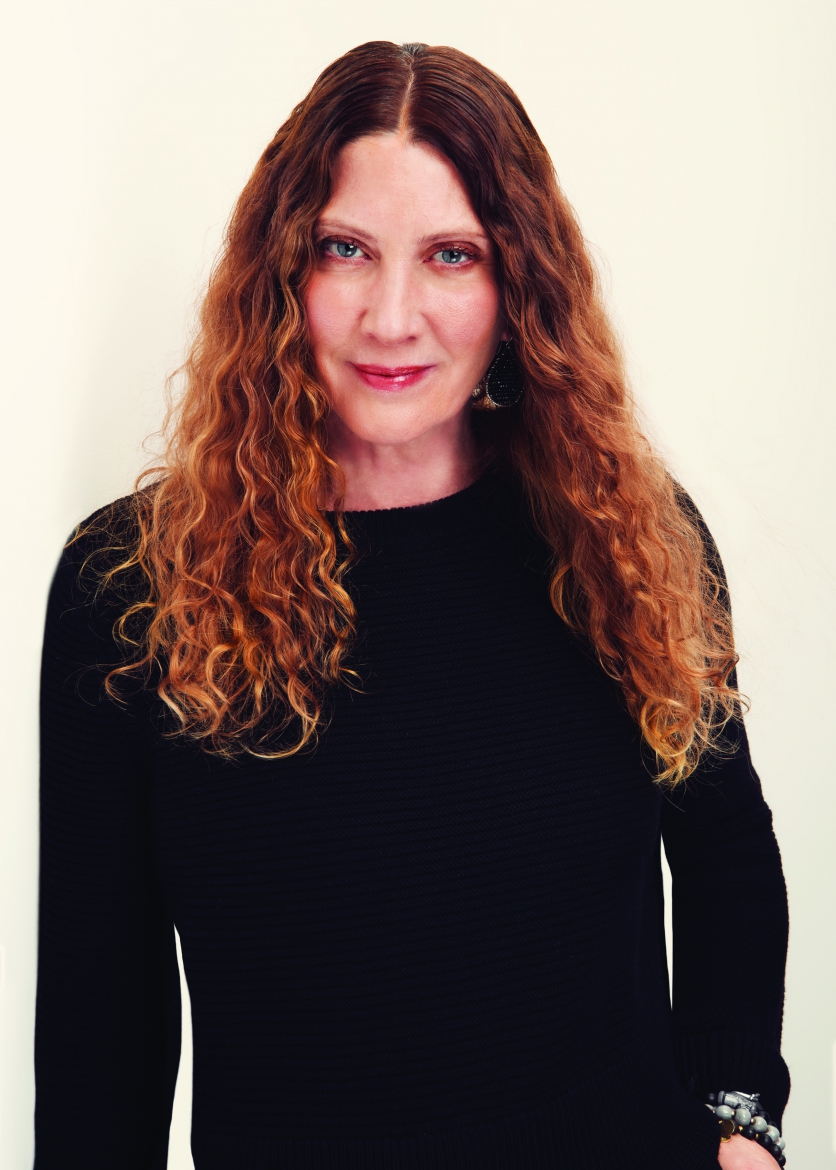 ‘My Passion, My Philanthropy’: Suzanne Lerner’s Work Grows Out Of a Feminist Consciousness

(WOMENSENEWS) – It was part luck and part pluck that helped me navigate the sexism that surrounded me growing up in the 60s, and that would eventually catalyze me to defy the social norms and become a successful entrepreneur in an industry that was dominated by men.

My parents were people of modest means. Both of them worked, which was unusual in those days. Mom was an accountant who enjoyed her career, considered it a calling, and worked to the ripe age of 80. Since my parents couldn’t afford for me to join both the Girl Scouts and Hebrew School, I had to choose. So in my defiant, competitive spirit, I chose Hebrew School just like my two older brothers. Believe me, this was not nearly as fun as joining my girlfriends on weekend camping trips!

Confronting Gender Bias: It wasn’t until I was in high school working summers as a secretary that I confronted the gender bias that fueled the women’s movement of the 1960s. My mother had advised me to learn to type so that I could be assured a job. It was working as a secretary that I discovered how pervasive sexism was in the workplace. I was sexually harassed. Maternity leave was unheard of. And all of this was considered “normal.”

My feminist conscience was stirred. Social change was rising up all around me. My generation protested the Vietnam War, racism, environmental pollution and sexism. My parents had always been progressive in their thinking, so I had support at home for my evolving progressive awareness.  But nothing affected me like the primarily African American high school I was enrolled in during my senior year. This, and the various social justice programs and leaders I was able to witness in action, exposed me to the true lack of racial justice and equality in our country. My social conscience was fully formed.

By the time I entered college, my eyes were wide open. After one year I dropped out, opting instead to travel and work. I took jobs abroad wherever I could find them, from Europe and India, to Nepal and Australia. This was liberal education in a completely different sense of the word because my exposure to other cultures, especially in countries like India, would have a lasting imprint and liberate me and open me to a much broader sense of the world.

Becoming a Philanthropist: Four years of living abroad taught me that, at heart, we are all the same, and that some of us are just luckier. The groundwork had been laid for my becoming a philanthropist.

But first I had to earn a living while building a career. In India, I was invited by some people I’d met to join them in starting a new fashion business. The ten years that followed taught me much about how businesses succeed and fail, and would contribute to my eventual success. My partners had chosen to base their company in Los Angeles, so that’s where I put down roots.  When the company folded, I continued to work in the industry and then decided to start an independent sales company representing various fashion lines.

This was how I met the man who would become my husband and business partner for the rest of his life. Michael possessed what I thought was the beginning of a very good business. At its heart was a collection of fine, luxury t-shirts, which was unheard of in the 1980s. He was the marketer, and I was the merchant. The line was called Michael Stars, which paired my partner’s first name with the last name, Stars, named after the man whose poster art appeared on the first Michael Stars’ collections. The name would take on another meaning after celebrities began wearing our line, thus gaining us invaluable visibility.

Michael and I would marry two years after going into business together.  We started as only two, but today Michael Stars employs 175 people, and many have been with us for years. Most of the clothing we make is done right at home, in LA County. It feels good to have grown a business that has supported people and their families over the decades.

Success has brought many rewards. We prospered beyond what we could have imagined. As our business grew, we began writing checks to organizations we believed in, both together and individually. I personally supported organizations that were quite progressive, very much in keeping with the values I’d embraced throughout my life.

Business as a Platform: We took it upon ourselves to use Michael Stars as a platform to build awareness for organizations promoting gender equality, as well as those like the Joyful Heart Foundation, which helps educate and heal survivors of gender-based violence. So, in 2005, we established the Michael Stars Foundation, which has thus far funded millions of dollars to support a variety of organizations largely focused on the empowerment of women and girls in the U.S. and around the world.

Even as I was growing in business, I sought to grow as a philanthropist. For example, I discovered an organization called Woman Thrive Alliance, a global organization that works to empower grassroots women so that their perspectives and solutions may shape local, national and international policies, helping women and their families break free from poverty, violence and inequality. Eventually, I joined its Board, and I remain involved to this day. In 2011, I traveled to Haiti as a member with Women’s Donor Network  to witness the devastation and massive recovery work resulting from the earthquake there.  Here, and through my travels to other developing countries like India, Nepal, South Africa and Liberia, I had come to see that wherever there are social ills, wherever people aren’t able to thrive, women are the key to solving these problems.

I found this to be true here at home as well. So, in 2013, when Gloria Steinem was in LA hosting a get-together for the Ms. Foundation, which funds grassroots, women-led organizations across the U.S, I was intrigued. When the leaders of the organization announced that they were looking for their 40th gift of $1 million to celebrate their 40th anniversary, my hand immediately shot up to become that 40th. It was one of the most exciting and liberating moments of my life!

Like most women donors at the time, I was capable of writing bigger checks, and I viewed this as my moment to give big and give bold. By this time, especially with the founding of Women Moving Millions, a group of donors who had scaled up their giving and were encouraging other women to do so, a culture of larger-scale giving by women had taken root in philanthropy. Since the dawn of American philanthropy, successful men had been giving boldly in proportion to their wealth. Yet the causes they supported mostly included hospitals, universities and other institutions that had merit, but which overlooked the grassroots initiatives where women were leading change.

I haven’t regretted for one moment that philanthropy eventually became a passion even greater than my business. Today, alone and in what Jane Fonda calls the “third act” of life, I am looking for even greater ways to leverage my giving to advance societies through philanthropy of, by and for women and girls. With money comes responsibility.  It has been a great honor, and fulfilling beyond description, to carry out that responsibility. I’ll be doing so for the rest of my life.

Suzanne Lerner boasts decades of experience in business, as well as a background in philanthropy with a primary focus on gender equality, economic empowerment and social justice.  In 1986, Lerner co-founded clothing company Michael Stars, of which she now serves as President. Lerner’s second career focuses on philanthropy and giving back to communities, both domestically and abroad. She supports numerous causes personally, as well as through the Michael Stars Foundation. Lerner serves on the Boards of the Women Thrive Alliance, the Ms. Foundation, the ACLU Foundation of Southern California, and as  Advisory Board Members for Prosperity Catalyst and Children Mending Hearts. She is also a member of Women Donors Network and Women Moving Millions.

My Passion My Philanthropy 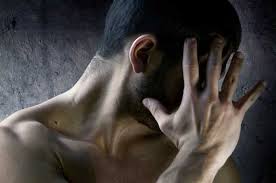 The Poison of White Supremacist Masculinity 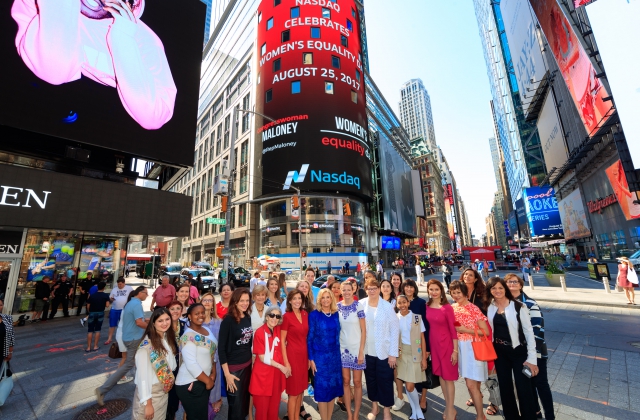 On Women’s Equality Day, We Can’t Take Anything For Granted